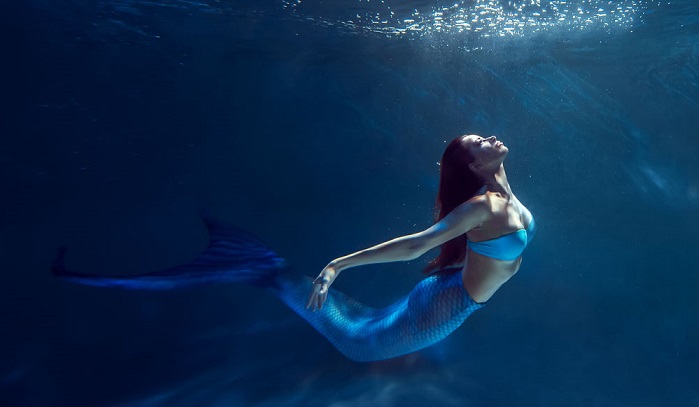 Mermaids are beings from mythology. They are described as beautiful women with long hair and women’s bodies which end up in fish tails. According to the myths, they live under water and lure sailors with their song and beauty into the depths of the sea. These half human half fish creatures are cruel and beautiful beings.

They were considered a bad omen for sailors and indicated a misfortune happening to the ship and its crew.

They also have a sexual connotation and symbolize forbidden pleasure which leads into disaster.

Mermaids don’t appear often in dreams, but when they appear they usually have a bad meaning. They signify challenges and difficulties awaiting you. In some cases, mermaids symbolize self – provoked problems and trouble.

You with your actions have probably caused yourself some headaches and misfortune you cannot easily deal with.

Sometimes, mermaids could symbolize doubting something which is too good to be true.

You might be suspicious about something or someone, and feeling as if something is not as it seems to be. You could be doubtful about someone who tries to help you, and you are taking your doubt out of proportions.

Mermaids in dreams are often a sign of some illusions or deception present in your life. They often symbolize irresistible temptations which might ruin your life if you don’t manage to control yourself.

Sometimes these dreams could indicate falling victim to someone’s false promises and lies.

Often dreams of mermaids indicate being overly naïve and trusting people too much. You don’t learn from your mistakes and past hurts, and you allow some people hurt you again and continue taking advantage of you and betraying you.

This dream is a reminder to control yourself from making the same mistakes again and embarrassing yourself. 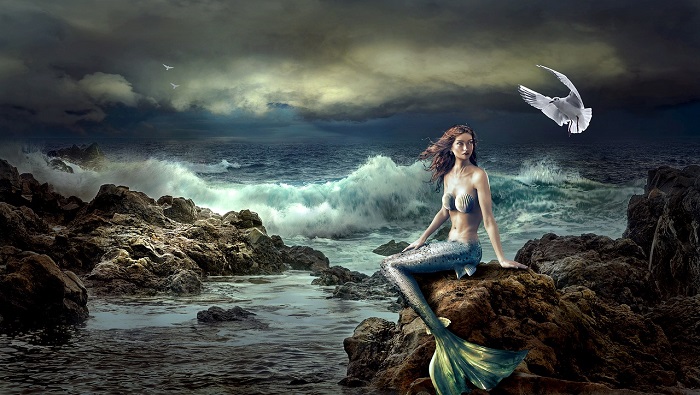 Mermaids could indicate sensuality and sexual attractiveness, as well as your desire to be sexually involved with someone. This dream often reveals having issues with your sexuality and reminds you to address them.

A dream about mermaids could indicate lack of joy and happiness in life, and being disturbed because of that. You could be disappointed by some discoveries you will make, for example, discovering your partner’s infidelity.

Sometimes a dream about a mermaid indicates involving yourself into a love affair with someone.

These dreams could also symbolically represent people who are very attractive and irresistible to you and they can use that as their advantage over you, to use you or manipulate you, and sometimes betray you somehow.

If you are a man, dreaming of mermaids could symbolize women with dubious motives which could lure you into extramarital affairs or jeopardize your relationship.

Women dreaming of mermaids, often do that because they plan to lure their partners into doing something they don’t want to, such as getting them pregnant.

The dream has a good meaning if you felt happiness and satisfaction dreaming it. In that case it is a sign of success and good fortune which awaits you soon.

Dreams About Mermaids – Meaning and Interpretation

Dreaming of being a mermaid – If you dreamed of being a mermaid, that dream is usually a warning about your behavior and attitude. Maybe you are vain and you are not aware of that, or you are aware of that fact and you are questioning the reasons for being vain. Maybe someone doesn’t trust your offers. You could also be trying to manipulate someone to do something you desire.

This dream sometimes indicate being very direct in your approach to others.

Sometimes you can be overly direct and not paying attention to your words and the possibility to hurt someone’s feelings.

Other people, especially your loved ones and close friends could consider you selfish and insensitive because of your reckless behavior.

Women who dream about mermaids are often romantically involved with committed or married men.

Dreaming of hearing a mermaid’s song – If you heard a mermaid signing or calling your name, that dream could be a sign of your self – destructiveness and uncontrollable desires.

Dreaming of a singing mermaid – If you dreamed of a signing mermaid, that dream could represent a warning of your subconscious about someone possibly trying to manipulate into doing something wrong or something you don’t want. This dream is often a sign of problems awaiting you soon. It is often a sign of being visited by some good friends in the near future.

Dreaming of a mermaid dancing – If you dreamed of a dancing mermaid, that dream is a good sign, indicating happiness and satisfaction, and is often a sign of receiving some good news soon.

Dreaming of kissing a mermaid – If you dreamed that you kissed a mermaid, and getting sexually excited, that dream could indicate being sexually attracted to someone who is not as good as it presents itself, and the dream reminds you of that. This dream could be a sign of gaining something soon.