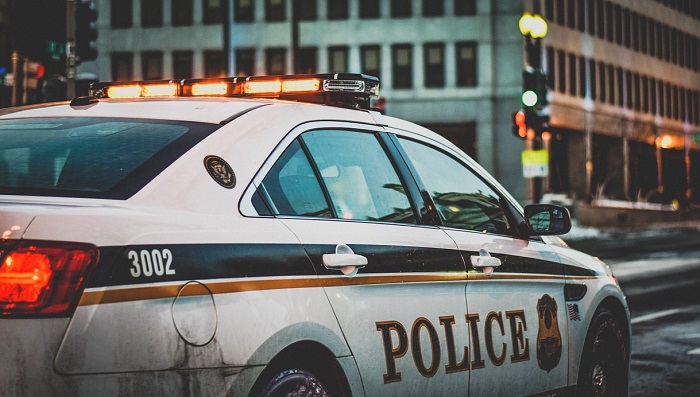 Police is not as common dream motif as some others are, but it still takes an important role in dream interpretations, because this motif has a strong symbolic meaning in any case.

Well, those who had a recent experience with the police or those who are working for the police themselves, would most likely have dreams about police more often than other people would.

In such individuals, dreams about police are usually only reflections of their mental preoccupation with the police itself.

However, if we observe police as a dream motif independently of real time experiences with the actual police, we find it could carry many meanings.

Commonly, people tend to interpret dreams about police negatively, because it is a common thought that police is always closely related to regulation of problems of all sorts, trouble and order.

The second thought is, of course, related to the idea of protection and guardianship.

On the other hand, even if police itself does not induce troubles, but exactly the opposite, as a motif, it symbolizes troubles it is meant to regulate, stop or prevent.

That is why symbolically police is associated with danger, risk, criminal, even fight and death.

However, what this motif means for you depends on how you dream about it and what is your personal opinion about police forces.

If you are the one who is, in a way, afraid of police or you find it corrupted or so, dreams can reassure you of such ideas or make you feel very uneasy. If you have no such feelings towards the police, a dream about it could be guiding, encouraging and positive. 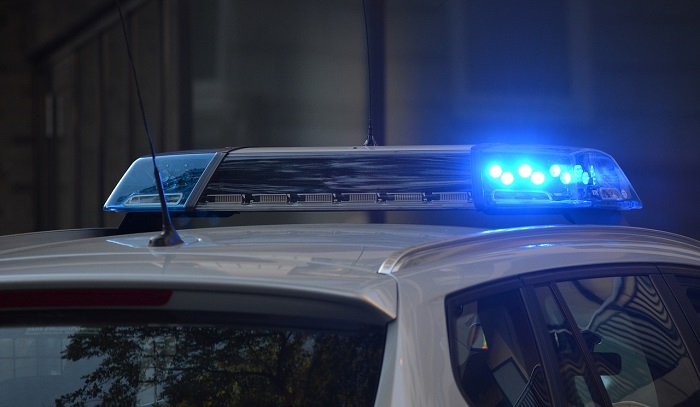 It also greatly depends on particular circumstances in your dream. While dreams that involve police are not particularly common, it is interesting how rich in meanings and other motif they can be.

Scenarios of such dreams differ and it is of crucial importance to recall the details.

Were you chased by the police or you had nothing to do with it? Were police officers friendly towards you? Did they help you or you had trouble with them? What was the initial situation?

There are much more questions you could ask yourself, in order to get better insight in your dream about police.

Did they arrested, imprisoned or questioned you? Have you seen police chasing a criminal? Were there physical encounters? Were you a member of police forces? Was it someone of your family members or friends?

Those are some of the ideas of directions for interpretation.

Dreams about seeing the police

If you dream about seeing police forces, but that you have nothing to do with them (for example, seeing a police patrol, police officers in your town, in public in general or so), it means you should be more observant in the following period.

There are many situations that could turn out in a way that you are blamed for something you have not even thought of doing. There could be setbacks you should try to avoid.

This dream suggest you should be careful about to whom you are opening up and with whom do you share your ideas and plans.

If you are in any kind of trouble or you have found yourself in a problematic situation, this dream suggests it would be good and useful to ask someone for help; particularly, to ask experts.

That is why you are seeing the police. They represent professionals whose advice you might need in reality.

Sometimes we cannot handle things on our own and we should hand issues we have to those who are capable of resolving them in a professional way.

Do you feel insecure, troubled and concerned about certain issues in your life?

Do not hesitate to ask others at least for an idea of direction of action. Seeing police could also be a reminder that you have protection you are unaware of.

Dreams about being a police officer

If you dream that you are working for the police (and normally you do not), it means you are becoming a more responsible, tactful and organized person.

This dream reflects your need for making your own life more organized and well planned, but also your desire to be in control of everything. You are excited by the idea of power and justice.

This dream suggest you are an honest, just and righteous person; you are irritated by responsibility and recklessness of others, but you know you cannot change everyone around you. In this dream, you play a fictional role of the one who has the right to make order.

This dream suggest not only you like to have control over things, but also that you are a very protective individual.

On the other side, dreams about being a police officer yourself could be a translated reaction of your waking life regret over a mistake you have made.

You feel guilty and you would like to fix things by taking responsibility for all the consequences. You would like to change; this dream suggest you are on a good way to accomplish that and improve your attitude, make better decisions and be true to your call.

Dreams about being chased by the police

Dreams about being chased by the police are most commonly reflections of guilt, regret and unwillingness to face consequences that come out of our mistakes.

In reality, it could happen that you have suppressed the sense of guilt over something so deep down inside that you have even forgotten about it.

However, the guilt is a strong feeling and, sooner or later, it will come for its toll. The dream is a powerful channel to remind you of your guilt. This dream means you are running away from responsibility and consequences.

You would very much like to avoid those you have been unrightfully too; it could be only a minor issue, but it makes you uncomfortable.

This dream also tells about your self-esteem. The more insecure in yourself you are, the less willing are you to take responsibility. The dreams suggest you should gather courage and just face it; the police here represents justice and righteousness.

You should act like an adult and admit you have made a mistake. You could be surprised to see how people will value you much more after you do so.

If you keep avoiding responsibility for consequences of your misdoings, you are more likely to be seen as an unreliable, unserious personality.

Dreams about a police station could mean different things.

If you are arrested and then taken to the police station, the dream means you will definitely not be able to avoid responsibility. You have been trying to do so, but eventually you will fail, which is expected.

We always pay for what we do; only the medium of that payment varies.

If you are taken to the station by force, the dream probably reflects your struggle with admitting that you were wrong in reality. It reflects your incredibly stubborn character, rebellious nature and your unwillingness to fit to social norms.

If you have come to the station on your own, to admit something, it reflects your personal growth from an unserious individual to a fully responsible and righteous person.

If you just happen to be in the station, for no criminal reasons, to say so, this dream suggests you are in need for protection and guidance. You are becoming aware that you cannot resolve all things on your own and that you need advice and guidance from outside.

The dream should encourage you to ask for it and to stop judging yourself for not being all-powerful.

Dreams about a police officer

These dreams could vary a lot, of course, and so their meanings. If a woman dreams about a police officer, it means she is in need for a strong and dominant male figure in reality.

It could reflect her sub conscious need for a dominant and protective partner, but also for a strong masculine figure in her life, such as the father figure.

It is a common dream for ladies raised without a strong fatherly figure. If a man dreams about a male police officer, it means he will face troubles in near future, most likely some form of rivalry.

The dream could also mean he will be embarrassed in public.

It could also mean a dreamer will have an intense disagreement with another man in reality.

It could be a reflection of a dreamer’s self doubt and lack of self esteem. Regardless of sexes, seeing friendly police officers in a dream suggests there are people you could rely on in reality and vice versa.