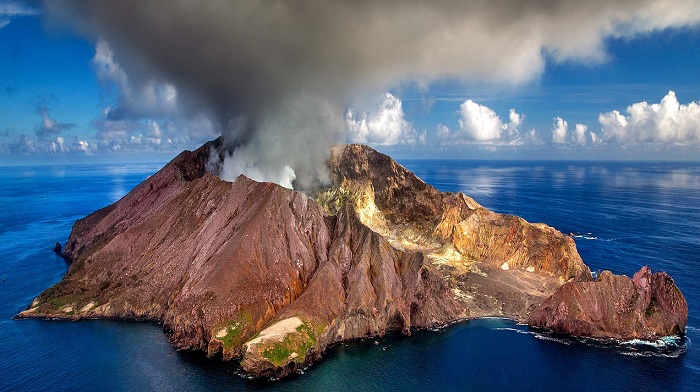 Volcanoes are ruptures in the Earth’s crust which allow the hot lava, ash, and gases to get to the surface. The crust breaks into rigid tectonic plates which float on a hotter and softer layer. That is why, volcanoes exist in places where the tectonic plates are converging or diverging. Volcanoes are usually underwater.

When they are dormant, they only pose a potential threat to humans and the surroundings, but volcanoes erupting are a great danger to human lives and the environment.

Not only the hot volcanic lava, but also the volcanic ash are a threat and can cause great damage. Large volcanic eruptions can also affect the earth’s temperature.

Dreams about volcanoes can have a good and bad meaning and their interpretation can vary depending upon the exact details of the dream, especially the state of the volcano. A different meaning would have a dream about a dormant volcano or a volcano erupting.

These dreams usually reveal the state of your inner being. Maybe you have piled up emotions which are ready to explode. Volcanoes in a dream often symbolize emotional outbursts, which are usually outbursts of anger.

They also symbolize your uncontrollable behavior and unpredictable reactions.

Maybe you are a person, who easily loses your temper, or you are currently under a lot of pressure and on the verge of explosion. Possibly you have accumulated a lot of negativity and you need to get it out.

A volcano in a dream often reveals violent emotions and feelings which are repressed inside you and are ready to explode. This can sometimes be a good thing because it helps you clear the negativity built inside you.

People, who are being under a lot of stress caused by some external circumstances or some people from their surroundings, often dream about volcano eruptions. They are probably holding on emotions of anger and resentment and they begin feeling like a large volcano ready to erupt.

These dreams are often dreamed during periods of crisis. They often reveal the extreme pressure you are under.

Often the pressure is caused by someone’s attempts to control your life or your actions, and you are not able to confront this person directly with your feelings about that. 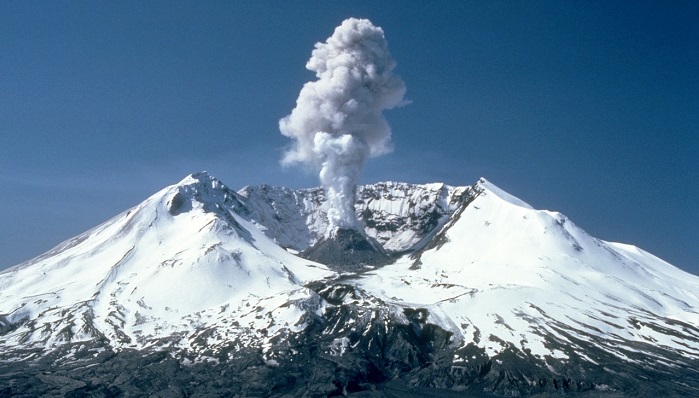 In some cases, a dream about volcano could symbolize some unpredictable and sudden events which have a devastating effect on your life, changing it completely.

Dreams about volcanoes often symbolize refusing to acknowledge some warnings and signs.

Maybe you avoid confronting issues and problems you have, or refuse to listen to advice someone is giving you. You are possibly ignoring a problem, which is getting bigger as time passes and could potentially erupt with irreparable damage.

We often tend to dream about volcanoes in situations when we fear potential conflict with someone because of some issues we need to discuss with that person. Maybe you expect a violent and uncontrollable reaction from someone and you dream about a volcanic eruption.

These dreams are often a sign of some significant changes awaiting us soon. These changes might be caused by some inevitable events which completely transform our personalities and our lives.

These events might teach us an important lesson of patience and acceptance of the circumstances the way they are and understanding that there is a reason behind everything we experience in life.

Dreams of volcanoes warn us to be calm and avoid confrontations in the upcoming days. If they are inevitable, it is important to try resolving matters as peacefully as you can.

In some cases, dreams about volcanoes warn us about a difficult period in our lives approaching, especially in our love life.

Quarrels and misunderstandings with our loved one are possible during these times, and it is important to stay calm and try to avoid them as much as you can. Try to resolve calmly any disagreement you two have.

Dreams About Volcanoes – Meaning and Interpretation

Dreams about a dormant volcano – If you dreamed about a dormant volcano, that dream often reveals some repressed content which is subconsciously bothering you. Maybe you some issues from the past are arising again to be dealt with. Maybe some memories are awakened due to some similar circumstances you are going through.

Sometimes this dream indicates remembering something from the past which caused you to feel embarrassed.

Dreaming of an extinct volcano – If you dreamed of a volcano which is extinct, that dream often symbolizes some passionate events from the past. It could also be a sign of endings of some conflicts and finally resolving some issues which have been causing you stress and anger.

In some cases, this dream indicates the cooling of your emotions toward someone close.

Dreaming of a volcano eruption – If you dreamed of a volcano erupting, that dream is usually not a good sign. It often reveals your fears of something potentially harmful happening to you soon. You could also fear for your life. Maybe you expect your life to be completely changed because of some unexpected but inevitable circumstances.

Dreams about volcanic eruptions often symbolize toxic relationships we need to get out of.

They could indicate scandals and embarrassing situations. They could be a warning about avoiding some temptations which might lead us astray.

Volcanic eruptions in dreams are often a sign of disagreements and conflicts with family members possibly bringing clearance in some matters and improving the relationship of the parties involved in the conflict.