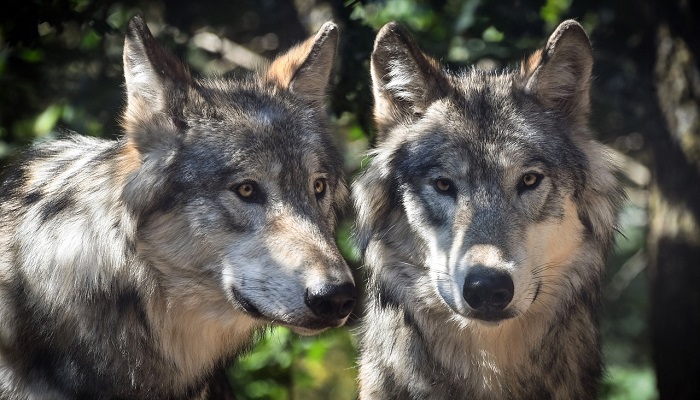 Wolves are canines native to Eurasia. They are the largest member of the canine family.

Wolves are social animals and travel in families of mated pairs and accompanied by their adult offspring. Wolves are supreme predators. A wolf doesn’t have many enemies. Wolves are often hunted by humans because of their attacks on their livestock.

They rarely attack humans and the rare attacks which occur usually involve individuals infected with rabies. Wolves have actually developed a fear of humans because they often kill them.

It is a fact that wolves can be very dangerous and potentially deadly. The widespread fear of wolves could also be related to the myths which exist in many countries and have found their way in popular culture mostly through books and films.

Wolves are usually depicted as bad and deadly animals, as symbols of evil and danger.

They are often considered as a synonym for the devil. In addition to the widespread fear of wolves is the myth of the werewolf, a human with an ability to change its shape into a wolf (a phenomenon called lycanthropy).

Like the witches’ trials, there were also the trials organized for people who were accused of being werewolves. These trials were spread across Europe throughout the 15th, 16th and the 17th century.

Wolves sometimes appear in our dreams and that should be considered an important message from our subconscious. In dreams, they could symbolize the wild part of our nature or some uncivilized parts of our personality.

These dreams are often a calling you to change your everyday routine and begin living your life the way you desire. Allow yourself to release all restrictions which our society and the people surrounding you are imposing on you. 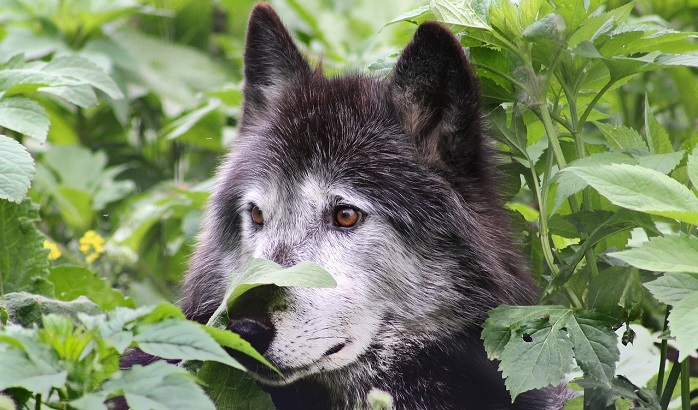 Sometimes this dream could reveal your solitary nature and enjoying doing things by yourself. They can also indicate your fierce and courageous nature. You probably don’t retreat before a challenge but go straight towards it.

In some cases, wolves in dreams could indicate feelings of being threatened by someone or something. They can also indicate hostility, aggression, sneakiness, treachery, etc. They can also be a sign of someone’s loyalty, such as your friends’ or family members.

Wolves often form packs and hunt in groups. Because they are also group animals, dreams about wolves could also reveal your desire to become a part of some group of people with similar areas of interest.

Maybe you desire to hang around people who are like you. Maybe you have the desire to protect the people in your life you consider close.

These dreams are often an encouragement from your subconscious to begin expressing your true personality and start living in accordance with your desires. Maybe others will be surprised when you reveal that part of yourself but your lesson is to overcome the fear and worry about other people’s opinion about you.

You need to embrace your true self and enjoy it. Don’t be afraid of others judging you.

Sometimes dreams about wolves represent a warning from our subconscious to begin working on changing your attitude and behavior.

Maybe you tend to behave overly aggressive and this dream is reminding you to change that before others begin avoiding your company because of that.

In some cases, dreams about wolves could have a sexual note. Victims of sexual abuse often dream about wolves. These dreams are often dreamed by people who are experiencing financial trouble and loss.

These dreams can also be warning you about some danger you are surrounded with. They could also encourage you to face something you fear.

In some cases, wolves are a symbol of some hidden enemies you have and this dream could be asking you to avoid the people from your surroundings who are only pretending to be your friends.

Dreams About Wolves – Meaning and Interpretation

Dreaming of a wolf – If you dreamed of a wolf, that dream is not a good sign. It usually indicates being deceived or betrayed by someone at work.

Dreaming of a lonely wolf – If you dreamed of a lonely wolf, that dream usually indicates your tendency to do things the way you want. Maybe you enjoy taking risks to achieve some goals. In some cases this dream is a reminder to become more independent and stop relying on others.

Dreaming of a lot of wolves – If you dreamed of seeing a lot of wolves, that dream is not a good sign. It is usually a sign of loss, and misfortune you might soon experience.

Dreaming of a howling wolf – If you dreamed of a wolf howling, that dream is a good sign. It is usually a sign of victory over your enemies. It indicates being successful at preventing someone to deceive or betray you. Sometimes this dream could indicate someone asking you to help. Often this dream reveals the great pressure you are under. Sometimes it could indicate being robbed.

Dreaming of being a wolf – If you dreamed of being a wolf, that dream often reveals your inner state. Maybe you have a desire to be on your own to go through some difficulties you are facing. Possibly you don’t want anyone to be around you.

Dreaming of being attacked by a wolf – If you dreamed of being attacked by a wolf, that dream is not a good sign. It could symbolize some difficulties and problems which might be caused by your insecurity and shy nature. In some cases, a dream of a wolf attacking you can indicate some situation beyond your control. Maybe it is something related to you, like and addiction, or obsession, a toxic relationship, or something else. In some cases, this dream could indicate being some big danger.

Dreaming of killing a wolf – If you dreamed of killing a wolf, that dream is usually a good sign. It often indicates overcoming some obstacles or defeating some rivals. Sometimes it is a sign of discovering some secrets or being betrayed by someone.

Dreaming of being chased by a wolf – If you dreamed of a wolf chasing you, that dream is not a good sign. It is usually a sign of rejecting confronting some issues which negatively affect your life. You are probably ignoring your problems or running away from them. In some cases, this dream is a sign of depression.

Dreaming of wolf not being able to catch prey – If you dreamed of a wolf attempting to catch prey and failing, that dream is not a good sign. It could be a warning of some opportunities or offers you will receive soon and is asking you to think well before you accept them.

Dreaming of a pack of wolves – If you dreamed of a pack of wolves, that dream is a good sign, usually symbolizing your relationship with your family members. It could sometimes indicate being a part of some dangerous group or association. Sometimes this dream symbolizes enjoying team work to achieve some common goals. In some cases this dream is a reminder to work on your collaborating skills to be able to work together with others as a team. 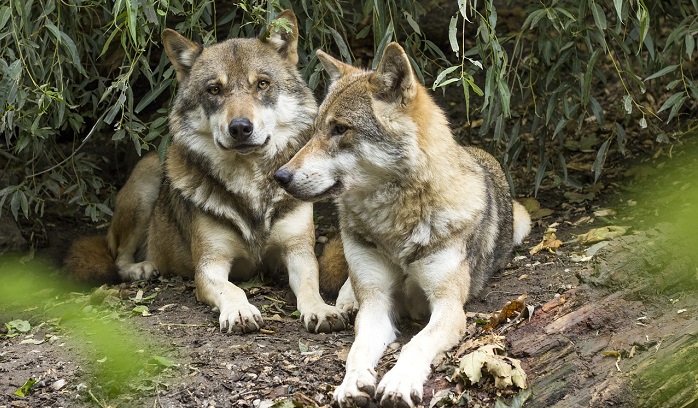 Dreaming of a peaceful pack of wolves – If you dreamed of a pack of wolves peacefully standing somewhere, that dream is a good sign. It is usually a sign of resolving your problems.

Dreaming of a pack of wolves chasing you – If you dreamed of being chased by a pack of wolves, that dream is not a good sign. You might be threatened by some shady people with criminal past. It could also indicate needing to pay some debts.

Dreaming of a black wolf – If you dreamed of a black wolf, that dream usually reveals some shady parts of your personality you are not aware of or you refuse to acknowledge. If you confronted the wolf in your dream, that dream could indicate denying or repressing something.

Dreaming of a white wolf – If you dreamed of a white wolf, that dream is a very good sign. It usually indicates victory and success. It could indicate being able to overcome desperate situations and get out as a winner.