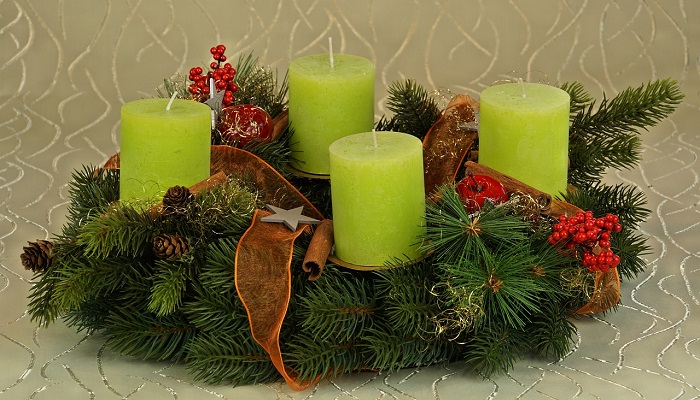 Candles are made of ignitable wicks, which are embedded in some flammable substance.

When the week is ignited, they produce flames and light and in some cases when the candles are scented, they emit a pleasant smell as well.

Candles were used by people since ancient times. In antiquity, they were mostly used for lightening of spaces, but they were also used to accompany some sacred rituals and ceremonies.

Before people began using candles for illumination, they used oil lamps which also had ignitable wicks.

It is also known that the ancient Chinese used candles made of whale fat in the 200s before Christ.

The widespread use of candles began in the Middle Ages. The ingredients of which candles were made were usually animal fat, called tallow and beeswax. The production of candles was not an easy process and not many people could afford candles in those days.

Especially beeswax candles were very expensive and only the rich people, the aristocracy, and the church could afford them. People who made candles were called chandlers.

The chandlers who made candles from beeswax had a rich clientele and they were usually financially well off and considered well respected businessmen.

On the other hand, the chandlers who made candles from tallow weren’t as fortunate. Candles made of tallow smelled bad, and only the poor were buying them.

Because of the great demand for candles there was a necessity for people in these days to discover new ingredients from which candles could be made. 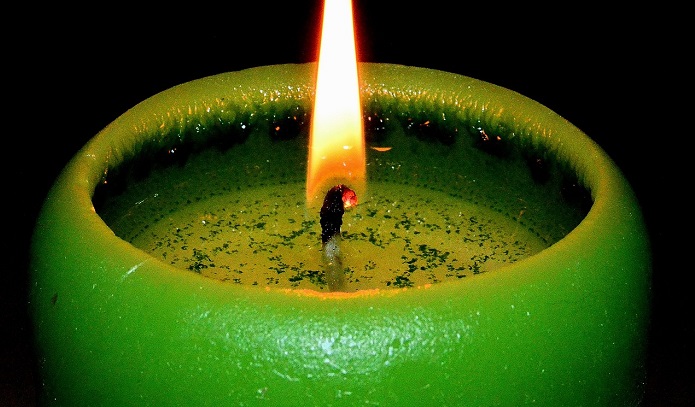 In this way, the price of candles was lowered and more and more people were able to afford to buy candles.

The discovery of paraffin wax lowered the price even more. Paraffin was also a more pleasant smelling solution because it didn’t have the foul smell which candles made of animal fat produced while burning.

Firstly, candles were used mostly to illuminate spaces. This use of candles was diminished with the discoveries of new ways of illumination, especially after the discovery of electricity.

Especially when scented candles were invented, candles became means to make a romantic atmosphere in the house or create a balancing and relaxing atmosphere, or a pleasant smell in the room.

Candles are still used in churches for religious purposes and in different rituals.

Also, in some cases when electricity for some reason goes down, candles are still used to illuminate people’s houses.

There are many customs and symbolic meanings related to candles. Candles symbolize Jesus Christ because it is considered that Jesus is light itself.

In many parts of the world, candles are being lit when someone dies and in such cases they represent the symbolic light that should illuminate the path of the deceased to the other world.

Also, throughout history candles were used as a way to scare off evil entities and dark forces. Candles also symbolically represent the period of light and tranquility coming after the period of darkness and difficulties.

The use of candles in the Christian church probably began during the ceremonies and rituals performed by the early Christians in times when Christianity was prohibited and the believers needed to hide practicing their faith.

Because their ceremonies were usually performed in dark rooms or the underground, they needed to have some means for illuminating these spaces.

The custom of using candles during Christian rituals remained even when the use of candles for illumination was replaced with other means of lightning.

Candles are also used during different holidays. For example, candles lit between 11 and 12 o’clock in the evening, during the holiday of Halloween which are suddenly extinguished are believed to point out that the person carrying the candles is under a spell or magic.

Candles have great use in the Christian church. The ceremonies performed in the church all practice the use of candles. Candles have spiritual significance and symbolize joy.

Candles are used during ceremonies performed in Christian churches, such as baptism or the ceremony of marriage.

The person being baptized and their godfather hold the lit candles as a symbol of the entrance of the baptized into the holy Church.

Also, the bride and the groom carry lit candles to symbolize their love for God and their desire for their marriage to be blessed by God.

Candles are especially important for the Orthodox Christians. Orthodox believers light candles in the front of the icons of their Saints as a sign of appreciation of their great deeds as well as a sign of their desire to receive God’s help and support.

For the Roman Catholic Church, candles are also important, but not as much as for the Orthodox Christians. Candles symbolically represent the believers worship towards God and God’s divine presence.

In Judaism, candles also represent God’s divine presence and are a sign and symbol of joy.

They are a reminder of the transience of life, as well as a reminder to people to be more appreciative of every day in their lives because life is very short and every day is a blessing.

In Buddhism, candles are also very important and the believers light candles alongside other offerings of food and drinks.

Candles are also used in other religions and other organizations and movements.

Besides all of the above-mentioned uses, candles are often burned for spiritual reasons and in such occasions they symbolize the connection between the present reality and the spiritual world.

For these purposes, not only white candles are used, but also candles in different colors.

Choosing the right color of the candle is essential for the right ritual and the purpose the person wants to achieve.

For that reason, the person should know the meanings of every color to be able to choose the right one.

Candles are used during meditation or prayer, as well as for connecting a person to the angels the archangels, and other beings from other realms of reality.

Using candles can help people amplify their desire to accomplish some goal. In some cases, more than one color of candles should be used to combine the energy of the different candles and achieve better results.

Rituals using different color candles are based on the principles of sympathetic magic. The main principle of this kind of magic rituals is “like attracts like”.

For that reason, the colored candle symbolically represents the outcome that the person desires to achieve.

For example, if someone wants to have abundance and prosperity in their lives they need to use a yellow colored candle because yellow is the color of prosperity and abundance.

It is the color of Friday, which is the day ruled by the planet Venus.  This day and the color green have Venus energy, which is soft, feminine and beautiful.

Green candles should be used to establish emotional balance and enhance the healing process. They are also used to attract more income and money, to improve person’s finances and boost their career.

Green candles should be used when a person is looking for a new job or is looking to make some improvements in their current job.

People looking for career advancement or a promotion should therefore burn green candles.

If a person desires to boost their good luck, especially in the field of finances, they should burn a green candle.

Green candles in a dream could be a sign that a person needs emotional healing or some other healing.

They can indicate the need for the person to seek professional help to overcome the problems they are encountering.

This dream could also announce financial gains as well as a job change, or a promotion that awaits the person soon.