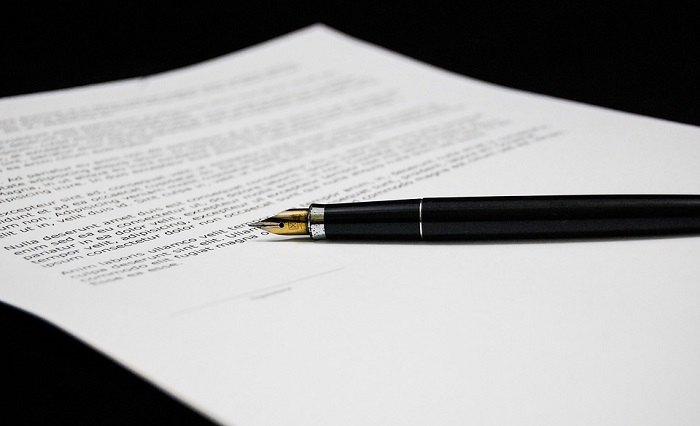 It is a matter of getting through the trouble of getting new ones, but more than that, this is the matter of identity; maybe you are scared that someone may take your identity.

A similar analogy could be followed when we are looking at the symbolical, in this case, dream symbolism – seeing some documents in a dream may be associated with the identity, or the fear of being stolen, or the idea that you do not know who you are.

Seeing a document in a dream is not so common motive but worth examining.

In the first two sections, we will examine what does it mean when you have a dream about some personal document, and the ending some documents of the unknown source that could have a mark top secret, etc.

To dream that you see a document in a dream can have different interpretations depending on how you dreamed it.

For example, if you had a dream that you saw a document signed by someone, it could mean that you could have problems with bureaucracy shortly.

Or that you have fear from it, so you are avoiding your obligations for a long time.

It is possible that a document that is very important and necessary for you to resolve a dispute will be lost and that you will lose a lot of time until you get it again.

In a version of a dream where you were seeing someone’s document on the street, it may mean that you will be tempted to appropriate something that is not yours.

Whatever it is, you should forget about it, as it can bring you countless problems in the future.

Seeing your ID card in a dream can mean that someone will confuse you with another person in the coming period.

It is possible that this person will even follow you for a while until he realizes that he has made a mistake.

But, this dream has one alternate meaning – you are scared that you will not be the only one in something or in someone’s life, and the dream comes as a direct consequence of this idea.

If you were dreaming of seeing someone else’s ID card, such a dream might mean that you will have some problems with that person in the future.

Try to remember the picture and face of the person from the ID card so that you can recognize him when he gets there.

This dream may be connected to those that fall under the category of predictive dreams.

If you dreamed you might see your own passport, it could mean that you have a desire to travel the world or to visit a destination you have never been to.

It is possible that you are a person in later years who has visited many countries, but that there is a couple left on your list that you would like to see with your own eyes before you die.

Dreaming of seeing someone else’s passport can mean that someone else will get a chance to go on a business trip instead of you at your job.

Someone else will be better, or just by chance chosen to travel, and you will not like it.

There were probably indications that you will be the one who will get the chance and leave, but this task will still belong to one of your older and more experienced colleagues.

Do not be discouraged by this decision and do not be envious, but learn from what you can and continue with the same zeal.

If not harder to try and get your chance – always a good idea. And to say it in a symbolical way, you still have your own “passport,” to travel where you want.

Decoding the Dream Seeing a Document

Now, here we will deal more with the idea that documents of major importance represent your own identity, a fear of not having it, being confused, or fear of losing it.

By any chance, you dreamed of seeing your ID falling to the floor, and it could mean that you are afraid of losing yourself because of the situation you are in at the moment. You may have to pretend to be someone else for a long time.

It is also possible that you are involved in acting and that you have been spending a lot of time enjoying the role of another person, so you have started to take on some characteristics of that character outside of filming, and now you are afraid that these habits will stay with you for life.

In a version of a dream where you are seeing someone tear up your ID card can mean that someone close to you intends to expose you and reveal someone your secret to someone.

In the future, take care of who you trust so that unpleasant situations do not occur.

Some people, out of boredom, are ready to tell someone something they shouldn’t. They would have something to say. Beware of such people in the coming period.

If you have dreamed of seeing someone tear up your passport, it could mean that someone will interfere with your plans and manage to sabotage your trip.

Out of personal interests, it is a person who will do everything in his power, just not to go on that trip and succeed in it.

But, sometimes this dream comes a lesson – let go, it is not worth it.

And if you dreamed that you saw that you were ripping someone’s passport, and you stood and watched that event from the side, it still has a connection to you.

Such a dream could mean that you were going to come out of your comfort zone.

It is possible that you have a child who is a teenager and that you think that it is still not embarrassing to just leave and go on vacation or wintering with your friends.

Try to understand that soon you will have to let him go and to mature further on that path and gain additional self-confidence, which he will need in the future.

This is the lesson of letting go – you must let go and move in the direction that is natural, not holding on to things just for the sake of habit. You are probably a person who had strict parents and still grew into a healthy individual but try to think about where your end would be if your parents did not hinder you in your wishes and intentions, and plans for the future. We advise you not to make the same mistake and injustice done to you.

In a dream where you see a document of some other kind, like, for example, your wedding certificate, it could mean that you have fallen into a marital crisis or some kind of interpersonal crisis that you have trouble dealing with.

It is possible that you have fallen into a rut and that every day has become the same for you and that you are dissatisfied because of it. You love your marital partner but try to introduce some novelty that could refresh your relationship a bit.

Start by changing some of your habits, focus more often to surprise your partner with a little something, maybe a massage, or to relax together in the bathtub after a hard day. We advise a short trip on which you will gain some additional experience and further strengthen your relationship.

Seeing some “important” documents that have written on them “confidential,” for example, or “top secret,”; and you see them right at the open space, for everyone to see it. You feel scared and excited.

In reality, such a dream might mean that you feel that you have taken a completely wrong path in life. You are probably not satisfied with the job you are doing or your love life. You are not a person who is in his late years, so that he does not have time to change his life. It’s never too late for that.

Enroll in another school, change jobs, do the sport you love.

Find yourself again and take that path because life is short, and it would be futile to waste it on something that does not interest and fulfill you as a human being.

If you dreamed of seeing a document of an unknown source, floating on water can mean that everything you have gained so far will go to waste.

It is possible that your house and property will burn down in a fire or that they will collapse due to some other disaster or natural disaster.

These are events and phenomena that you will not be able to directly influence.

But you can plow the weather forecast or news in detail to be notified in time of a disaster that could be heard near is over your property.

Be informed so that you can cope with at least something.

In any case, the dream about the document is interesting and not so common, but it speaks a lot about the personality of the person who has a dream, his or her identity, and the life path that person is taking.

This dream can help you choose the right way, reducing fears that are tormenting you.