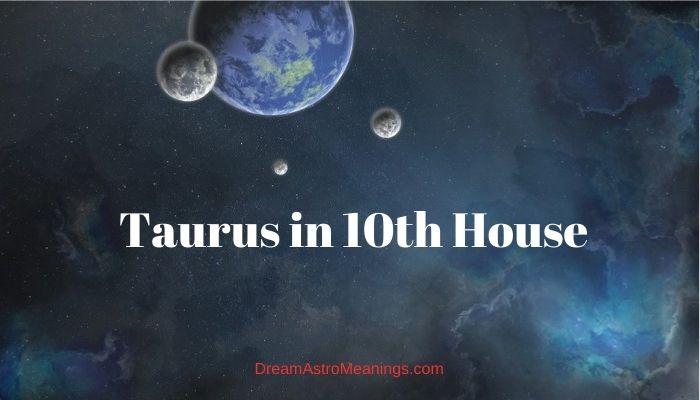 The main quality of a person with a strong Taurus influence is an intimate-direct sense of the form as such, without special attention to its details, as it will be in the design zone of Virgo.

If a Taurus sits down in a comfortable chair, he feels so good there that after a while he (and those around him) no longer understand where Taurus ends and where the actual piece of furniture begins.

The feeling of coziness is very important for him, but on the other hand, it spreads with amazing force to all his surroundings, both animate and not.

Another important quality of Taurus is its fundamental nature (the zone of creation!), this is a form that has just felt itself and is not at all inclined to lose this feeling.

Attachment to form makes Taurus very vulnerable and insecure in new conditions, when unusual forms for him appear, with which he must somehow relate himself; this problem is especially strong for the affected Taurus, who is very selective in terms of forms suitable for him.

At the sight of new forms, Taurus begins timidly and awkwardly around them, radiating at the same time the strongest charm, characteristic of the elements of the earth (this is how a small puppy attaches itself to a mother’s nipple).

If he does not succeed in this, he feels extremely unhappy, and those around him, unable to bear such a distressful state of him, begin to fuss themselves to make his existence easier.

Taurus, by its very existence, attracts various forms (including the opposite sex) and is very able to appreciate them.

But when Taurus finally manages to adapt to the forms that surround him and settle down among his beloved ones, he crystallizes in his contentment and becomes identified with the form so much that it is very difficult to pull him out of there and make him somehow change (permanent cross).

Psychologically, Taurus learns with some difficulty and adapts to the new environment, and although he has many abilities, especially for the craft, skills are not formed immediately, but they are very stable. The situation is similar with the programs of the subconscious; even Aries fails to argue confident in something Taurus.

On the other hand, despite a certain dullness of Taurus in relation to things that are unfamiliar to him, in the psychological field familiar to him, he is very receptive (female sign) and has a unique ability to materialize mental processes.

Having talked with (rather subtle) Taurus about something elusively intimate, a person discovers that it has clothed itself in quite tangible, almost material forms, and at the same time much more has emerged in his inner life, which was previously generally hidden in the fog of mystical uncertainty …

In a rough version, Taurus does not notice any difficulties and complications, except for purely material ones, and mental and mental life for him is adequately modeled by a well-known set of instincts, the main of which are food and sexual ones.

And if a person with such an MS works in a restaurant (or owns a restaurant), then the dishes that he will cook will be very satisfying and tasty. Most likely it will not be a cheap restaurant – Taurus does not run eateries (this is already a Mercurian theme).

But this is understandable – they will not skimp on good products and “cut” portions to make the establishment more accessible. There will be plenty of everything, and of course you have to pay for it.

If a person comes to us who is going to go to a medical university, then there may also be a place in medicine for his Taurus on the MS. But he will need to choose endocrinology, gynecology (in the most direct signification it is, of course, Cancer and the Moon, but Taurus will cope well with it), maybe there will be maxillofacial surgery (of course, with the support of Mars), or cosmetology.

It goes without saying that under Taurus go banks and all kinds of financial enterprises. Most often they are not accountants (although they can handle this with ease), but the financiers and economists are just fine.

Let me remind you that when dealing with issues of professional realization, we must understand the signification given to the Planets and Signs in the broadest sense of the word.

So, for example, seeing such indicators, we are faced with the fact that a person wants to go to study as a lawyer. Telling him that this job will not suit him, because Jupiter and Sagittarius are responsible for the lawyers is not true.

We just need to clarify that while studying, he will need to focus on commercial law (one of the branches of law). Roughly speaking, these are lawyers dealing with the material part of any case or enterprise.

In this case, it makes sense to talk not about high social ambitions, but, as a rule, about a fairly high social status. A person does not so much want to achieve recognition, success, etc., as he wants to have strong position, and above all financial stability. To live at a good social level, to have some kind of status preferences.

Moreover, if Venus and other indicators of the 10th house do not contradict this, then they usually receive such a level. Perhaps through their own labor, perhaps through a beneficial marriage (Venus is the common significate of marriages), or a successful union of another plan.

The point is that, as a rule, there will be prestige, comfort and stability, but not necessarily a person will achieve them through his own labor.

Although the work is of course presented here in full. And if people with such an MS are looking for a sphere where they should be realized, then they need to do everything that concerns dense forms, as regards the material world.

Taurus – symbolically corresponds to the second house of the horoscope, and therefore is responsible for material values. Therefore, work with money is very welcome here, with some valuable things equated to investments.

There can be work with very good, solid things of a completely household purpose. A person can both do these things and sell them. Let’s say he can work as a furniture seller – but the furniture will be expensive, natural, and wooden. This is an expensive salon with prestigious items. He can own such a salon, or make this very furniture for him.

Moreover, prestige here will not be in the first place (for this there is a Libra, or maybe a Leo). Convenience will always come to the fore here. Such a consultant (or store owner) will allow you to sit on it, or even lie down, in order to feel all the charm of the sensations from this thing.

By the way, everything related to sleep – mattresses, pillows, and bedding – all this is also Taurus. And by itself, everything here will also be comfortable, soft, warm and pleasant to the body.

The entire agrarian sphere is under the direct signification of Taurus. If a person with such an MS is going to enter an agricultural or livestock institute, go to work on a farm, or a collective farm, chooses any other activity that is associated with breeding something, with growth, fruiting, obtaining offspring – then this is a pure topic of his 10 at home.

Fields and greenhouses, gardens and parks, livestock farms and even zoos – all this goes under Taurus (though in the Zoo and the amusement park there will always be a Lion, or the Sun).

Well suited for people with such indicators and everything related to the world of beauty and relaxation. But at the same time, they will less often perform the function of a stylist, or a hairdresser. More often, they will be associated with relaxing treatments, cosmetology, relaxing massages, body wraps, spas, etc.

This person sets himself specific life goals slowly, thoroughly, fundamentally and does not like to change them very much. His boss will consider him ponderous, but (if Taurus is not too overwhelmed) will respect him for being practical and serious when receiving a task.

When Taurus is defeated, it is very difficult to deal with him both for bosses and subordinates, since deep stubbornness and inability to make any choice even in the most acute situation are included.

Working out a defeat gives the ability to understand and make the right choice in a very difficult situation, from which there seems to be no way out and there can be no way out.

It is difficult for this person to make choices in life; sometimes it takes years to make a choice, and each time it looks completely material, unlike, say, the X house in Gemini, when a person often chooses a way of thinking or accents of a relationship. But it does not occur so often and usually a person is allowed enough time to think.

His recommendations are usually practical and focused on the existence in the world of forms, and he himself perceives just such, considering the rest of the advice (water, air, fiery) ephemeral. His position: “An understanding person speaks to the point,” and also “Don’t teach me how to live, help me financially.”

Clever and capable. He tries to make more money to maintain a high standard in life that matches his high opinion of himself. With all his being, he wants to rise and flourish. Sets himself high goals and does not like to change them. His innermost desire to get rich and famous.

His superiors respect him for his practicality and seriousness, but reproaches him for his slowness and stubbornness. The choices in life are hard, difficult, they often have to be made for years, but they do not arise often, and there is time for reflection.

Likes to speak on the merits and on material issues. He can use their lower instincts as levers to control people: greed, laziness, rivalry … He is confident in his own infallibility and rightness. Does not know how to be critical of subordinates and often falls for flattery.

Behaves with dignity, but peacefully, at work he is somewhat detached, princely with his subordinates. Appreciates people who know how to behave. Whoever respects him as a boss and promotes his career is a dear guest in his house.

He tries not to risk his future, a secured social position is important for him and he usually achieves it. Having occupied it, he adheres to justice, but considers possible small exceptions, beneficial to himself.

He knows how to win the hearts of people on whom his career depends. Its resistance to interference is great. What he undertakes, he usually succeeds, but he does not set himself too high goals.

Basically, he is calm and confident in his strengths and abilities, does not fall into a rage if he sees a threat to his position. He is often elected to commissions, presidiums, he loves to preside and does it perfectly. Requires others to be silent when he deigns to speak.

Taurus is a good social position. Conflict-free progress towards the goal. Contact with high strata of society. Material well-being through official position. Sober visionary plans, the ability to control your behavior. Financial and economic activities.

Taurus is stubborn and stubborn, calm and productive. But at the same time, do not forget that he can also be lazy.

And often, bosses of this type (and in general people with a strong Taurus dominant) live according to the principle “with the correct organization of work, one person rests all the time” (meaning himself, of course).

With a good Venus, such a boss (both the native himself and his leader) will not be stingy, but he himself loves to earn money and loves that his subordinates are also not deprived.