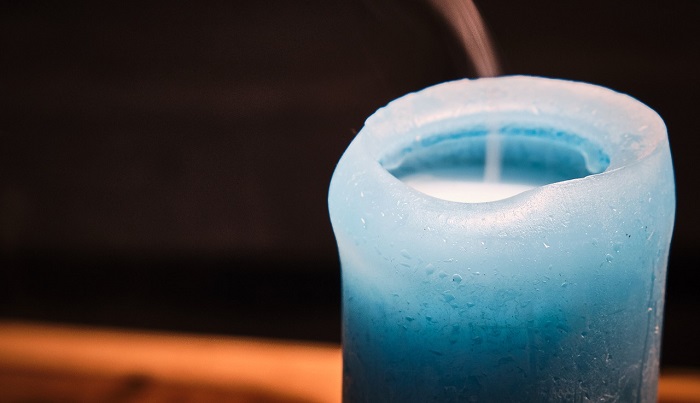 Candles are composed of ignitable wicks which are placed inside of some flammable substance, such as beeswax or paraffin, or some other similar substance.

When ignited, they emit flame and some even emit fragrance.

While the wick burns, it melts the substance of which the candle is made out of.

Candles have a long history of being used. They were first used for producing light and illuminating rooms, but also at the same time they were used for religious rituals and ceremonies.

Their use for illumination began decreasing when some other means of lightning were discovered. During the time, candles have acquired some other purposes and ways of use.

Before candles were invented, people used oil lamps which also had a wick that burned and produced light.

We don’t know exactly when candles were invented or their use begun. The ancient Romans used them in the 500 years before Christ.

Also, ancient Greeks were believed to use candles made of animal fat, but no certain evidence of that use exists. The ancient Chinese also used candles made of whale fat 200 years before Christ.

The use of candles was very important because people in antiquity needed some way of illuminating their houses.

Otherwise, their life and activities were focused on the periods of day when there was still sunlight.

During winter periods and in the evenings it was very difficult for them to function. That is why they needed a mass production of candles. 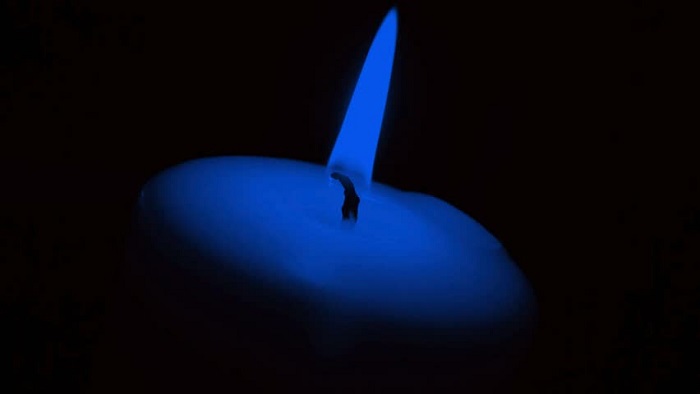 Not many people were able to attain candles. There wasn’t a mass production of candles and they were usually expensive. Especially beeswax candles were not affordable for common people.

Only the rich people could afford beeswax candles.

The latter category was usually people who got rich doing their profession.

The candles made of animal fat (usually sheep or beef fat) smelled very bad, while the beeswax candles had a very pleasant scent and didn’t emit much smoke.

Because of the necessity for mass production of candles, people invented new materials from which candles were made; that lowered the price of ingredients which were used for candle making and enabled more people to buy candles.

Also, machines for candle production were created and that speeded up the process of making candles and enabled more people to attain candle.

The discovery of some cheaper ingredients for making candles allowed the possibility that many people were now able to afford candles and use them in their everyday lives.

Paraffin was a great discovery in the candle producing industry.

The use of candles throughout time was for illumination. People didn’t have many ways to illuminate their living space, and candles were very important for them.

Candles were used since ancient times in different religions as part of the religious ceremonies and rituals. They were also used for measuring time.

Today, candles are still used for religious rituals and ceremonies, but they also have an aesthetic role and are also used for creating a pleasant atmosphere in the house.

Scented candles are also used to create a pleasant odor in rooms.

In some cases, candles are still used for illuminating rooms, especially in situations when the light suddenly goes off.

Until the electricity comes back, people often use their colored and scented candles they keep around the house for decorating purposes.

Different symbolism is attached to the meaning of candles. Because they produce light, candles are a symbol of Christ because Christ is considered the light itself.

Candles are also a symbol of the end of the period of darkness and difficulties in a person’s life.

They symbolically represent the coming of a period of tranquility after a difficult time, and a period of challenges. A lit candle symbolizes a new and better phase in the person’s life.

They are very important in Christianity and in the Christian church because many rituals and ceremonies are performed using lit candles.

Throughout history, but still today, many cultures use lit candles to scare away evil spirits and dark entities.

Candles are also traditionally lit when someone dies, which symbolically represents the illumination of the path of the deceased person towards other realities.

In the Orthodox Church candles are much more used more than in the Roman Catholic Church. Orthodox believers light candles before the icons of their Saints as a sign of respect and a sign of their faith and their desire for God’s protection and support.

Roman Catholic Church also lights candles as a sign of worshipping God, as well as a symbolical presence of God. Candles also used in other religions such as Judaism where they represent God’s divine presence.

Also in Judaism candle represents a symbol of the passing by of life and they are a reminder for every person to appreciate their lives more and enjoy every moment and the people that there are in their life because life passes by very quickly.

Buddhism also has a great usage of candles which are combined with the offerings of food and drinks.

Candles are also used in other religions or some organizations or movements.

It is believed that the use of candles in the Christian church began during the rituals performed during the night.

That was necessary because Christianity in its early years of existence was a prohibited religion and believers practiced their faith in silence and secrecy.

They were persecuted and usually their rituals and ceremonies were performed during the night and that is why they needed some artificial means of illumination of the rooms and premises where they held their ceremonies.

Later, when candles were no longer needed to illuminate the spaces for the worshipers and believers, the use of candles during religious ceremonies remained.

When used for spiritual reasons, candles symbolically represent the connection between the spirit world and the present reality. In these spiritual rituals, candles of different colors are used.

The purpose of these rituals is to help some person in acquiring some goals or amplifying their desire for achieving some goal.

These rituals are based on the principle of sympathetic magic which is: “like attracts like”. In these rituals, the candle symbolically represents the outcome or the outcomes which the person who performs the ritual desires.

That is why it is essential to use the right color candle to achieve the desired result.

The candle needs to be adequate for the area of life which the person wants to influence and where they desire to achieve some desired outcome.

For that reason, it is important for the person to know the exact meaning of every color to make the right choice of candles.

Also, more than one color of candles can be used as a combination to amplify the desire and the outcome.

It is especially important to note that white color candles can be used to replace candles of other colors, or to amplify the energy of other candles.

Sometimes, different colors of candles are used to represent the existing elements like: fire, air, and water. When doing so, the candles are then placed in different corners of the room, each representing a particular element.

This usage of different colored candles is called sympathetic magic. To give a practical example, a person might use of pink or red colored candle to attract love, relationship, or passion into their lives.

Or a person can use a black colored a candle to dispel negative energy from their lives, etc.

The color blue is a beautiful color that instills peace and tranquility inside a person and their environment. It is a symbol of the element of water.

Blue has a powerful energy and it also symbolizes spirituality.

Blue has a cleansing and calming energy. This color is the color of creativity and it helps the person get inspired and gain wisdom and knowledge in the fields of spirituality and the occult.

Also, blue can be used to enhance and improve the person’s memory.

Blue rules Thursday which is the day ruled by the planet Jupiter. That gives this color expansive and generous energy.

Blue candles are excellent to use when a person is going through a process of emotional healing or when they need to experience justice and truth in some situation.

This color is considered a very spiritual color and is used to help a person heel their mind, and go through a transitional or transformational change.

Light blue color is good for anger releasing. These blue colored candles are also used to deal with the poor balance and person’s emotions.

Blue candles can help a person can gain focus and concentration. People who want to call on Archangel Michael can light blue candles and ask him for protection.

The blue candle in a dream symbolizes inner harmony and balance.

It often is an indication of a period of peace and tranquility in a person’s life, as well as an announcement of improving communication with someone or with people in general.