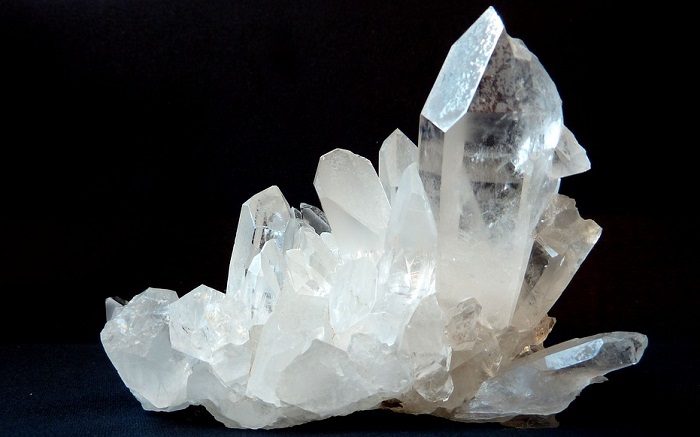 There is a millennia-old belief that is related to crystals, to the idea that all of us are connected in numerous ways to nature, but as time passes, human beings forget about it.

But, in nature, there are things that are there with the purpose to remember – yes, we are talking about the crystals.

These precious rocks belong to our planet since the dawn of time, and in that sense, they have the energy of the entire Universe inside.

It is said that they can cure any disease, they can treat and help you in anything you do, and they can level up the spiritual energy that you may even not know you have.

This is one of the reasons why crystals are so precious for nature, and of course, human beings. Start using them today.

It is not hard to guess why crystals have become a world hit; more and more people are looking into the benefits that crystals give.

When something lasts for thousands of years, and if millions of people are convinced of those actions, it is interesting to know more about it.

And we know more and more every year, but as such mystical and beneficial stones, crystals can appear as a dream motive.

Not so common, but they do, often accompanied with some other element of a dream.

So, dreams that have crystals as their main motive truly have a special meaning and should be examined closely.

Do you love crystals, and more importantly, have you ever had a dream about them?

Read here what they mean.

As we have said, crystals are special in real life and also have a special symbolical value when they appear in a dream world.

Right in the beginning, we must tell you that such dreams have a unique sense for women, especially for unmarried girls.

So, let us start with this idea – if a woman had a dream regarding crystals, such a dream has a good symbolical value.

In reality, such a dream means the acquisition of great wealth.

On the other hand, the dream of crystals for men would express worries and diseases in some cases, of course not in all of them, having in mind that they can appear in different settings.

In general, seeing a wide variety of crystals in a dream most commonly speaks that you need to pay more attention to what is going on around you. You have been blind to the wonders of life, and you have seen only negativity and disease.

Having a lot of imagination is a good thing, but don’t forget what surrounds you and what is currently happening as you fantasize.

There is the real magic that is going on, and you do not see it and do not use it to benefit your life in general, particularly your health.

If you see crystals that are purple, for example, such a dream comes as a suggestion to open your eyes wide, more than you have done before.

This dream shows that some things around you are sensitive and need to be approached carefully – admit that you have not done it in such a way, and now you feel bad about it.

Consider the facts well before making decisions, think of the people who will be affected by your actions, and of course, think of the world that you will leave behind after you make such a decision.

If the crystals in your dream are transparent, incredibly pure, and clear – such a dream comes to the lives of the people who are under some kind of tension and as a sign to relax.

This dream comes to those who need to see the whole picture more clearly, and look deeper into their feelings.

If you had such a dream, you would know what to do from now on.

And for example, if in your dream a certain crystal has a round shape, in that case, such dream is a reflection of your look into the future.

This dream is often a sign of plans and a desire for the future, it is something you have been plotting for a long time, and you are wondering will things work out for you. Our guess is yes, just make a clear focus, and enjoy the moment now, looking forward to the future.

Decoding the Dream about Crystals

As we have said in the beginning, dreams about crystals can come in various scenarios and settings.

So, we can go further, in the process of decoding the dream about crystals – so, to play with some crystal in your hands, touching and feeling its energy in your body, this dream carries a good symbolism.

It is a sign of good news that you will soon hear.

Here, think of all those goals and secret wishes you have set in front of you – now is the time to be happy!

Such a dream, in its alternate version, is also associated with the personal escape into the world of fantasy.

Once again, the imagination and wonderful energy are connected into one wonderful item, the crystal that has found its way into your mind through dreams.

In a version of a dream where you see a bright crystal, more in a version that you have found it somewhere on the ground, such a dream, without any doubt, is the representation of holiness, purity, healing, development, and unity. He represents your higher self.

This dream is a metaphor for something in your life that crystallizes or takes shape, and when you find it, this is a confirmation that the process is on its right course.

In a version of a dream, where you are looking all over the ground for the crystals and cannot find them, regardless of the efforts you put up into it.

Such a dream shows that you are looking within yourself to find your true destiny, but you are a bit lost on that way.

Alternatively, this dream offers your prospects for the future – there is a chance that you can be lost, but you should not stop on the path of self-discovery. It is the path that cannot stop.

Pay attention – the dream about crystals can be bad. It can be a sign of a problem.

This is the case when you see a room decorated with crystals. In reality, this dream shows that you will find out that many people who are close to you in reality, do not deserve to be your friends.

Think of your friends whether they deserved to be called that way.

In a dream where you are giving someone a crystal is a sign of personal development and advancement personally.

To dream that you have lost a crystal suggests that your wish will be challenging to fulfill.

So, crystals are good news seen in reality or in dreams. Just be careful how you use them and what for.

Some say that seeing crystals in a dream world are, in fact, potential psychoenergetic sources in us.

According to the elements of the dream about crystals, it is very likely that the person who had this dream accumulated certain spiritual knowledge for years and that they wander a lot from one system to another and never decide what they want to do.

Keep in mind that in real life, there is no bad or ugly crystal.

The fact that in your dream, next to the abundance of beautiful and tempting crystals, where there is a negative aspect of a dream, is, in fact, a critique of your life and the idea of what it could be.

It comes from your family (it can be anyone). We are talking about the critique and doubt. In this case, crystals in a dream mean friends and enemies.

If someone gives you crystals, you may be surrounded by swindlers and an insincere world.

Think about who you hang out with, and get rid of fake friends.

But things like this should be taken good care of, be careful not to hurt some people who only wish you well.

It is better to save even the envious than to lose a true friend by mistake.

Just be wise when you choose them, be aware that you, like the rest of us, could be seduced by the idea of a joyful friendship, while in fact, you are on the bad path.

If someone steals your crystals, there is a release from the burden you have been carrying for a long time – and in that process, you will regain your spiritual energy and move on.