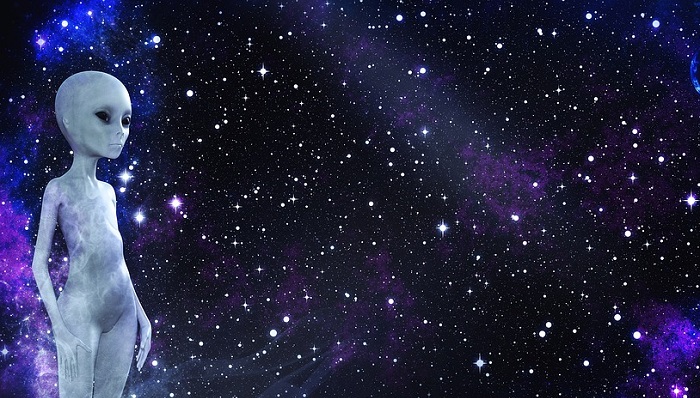 Alien life is a life which presumably exists outside of Earth and doesn’t originate from our planet. There are no official confirmations of the existence of alien life, but regardless of that, waste number of people firmly believes that they exist.

A lot of people believe in the existence of alien life forms simply because it’s logical to them that other intelligent life must exist in such a large Universe.

Dreams about aliens are not common. The exceptions are people who believe in aliens and often collect data about their possible existence. They are so overwhelmed with facts about aliens so they keep dreaming about them as well.

For people who don’t care much whether aliens exist or not, dreams about aliens could have various meanings. These dreams could symbolically represent their connection to the higher realms.

They could also be a sign of isolation and loneliness, and if that is the case, this dream should be a reminder to you to begin building relationships with others and opening yourself towards the world.

Such a dream could reveal that you are neglecting your needs or feeling alienated from others. It might indicate feeling like an alien sometimes, maybe due to communication problems and problems in interactions with others.

In some cases, dreams about aliens reflect someone’s unconventional personality, curiosity and interest in unordinary things and occurrences. They could also indicate being very creative and having a vivid imagination.

Aliens in dreams could indicate things that are unknown, foreign matters or foreigners. They could indicate feeling strange or insecure in some unfamiliar circumstances, and sometimes the distance created in some close relationships.

Such dreams could reveal some strange situations you are experiencing or the feelings you have, and you are not able to explain them rationally.

Often, they indicate past hurtful memories, you have repressed and your subconscious is reminding you of them, so you could confront and deal with them. Maybe you have intentionally forgotten about these experiences, but your inner being knows that repressing them isn’t solving anything but only postponing dealing with these issues. Repressed issues only block your progress and it is important to deal with them for good.

If the dream of aliens you had was a nightmare, your dream could indicate a crisis you are undergoing, and feeling as you don’t have the means to resolve it.

Dreams About Aliens – Interpretation and Meaning 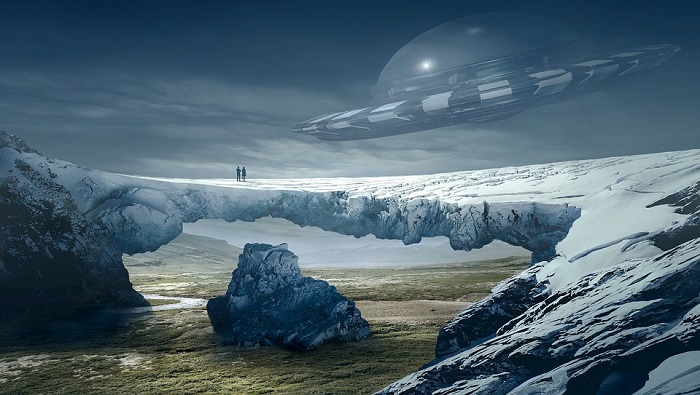 Dreaming of seeing aliens – If you dreamed of aliens in general, without many additional details, such a dream usually isn’t a good sign. It might symbolize the difficulties you have while adapting to some new circumstances. It could also indicate the problems you have while dealing with some situation or a person in your life. You maybe feel alienated or isolated from others.

This dream could also indicate becoming aware of some neglected or unknown side of you.

Dreaming of an alien invasion – If you dreamed about the Earth being invaded by aliens, such a dream could indicate feeling as if someone is invading your private space, or you have the urge to get out of some circumstances or a situation in your life. It could also indicate changes in your daily life or adapting to some new circumstances or changes that have occurred in your life.

In some cases, this dream could reveal your fears of losing your home for some reason.

Dreaming of aliens attacking the Earth – If you dreamed about an alien attack on Earth, such a dream often indicates refusing to make some inevitable changes in your life. In some cases, this dream indicates your insecurity and lack of confidence in your abilities to perform well your work.

Sometimes this dream reveals feeling as if under attack in real life.

Dreaming of being an alien – If you were an alien in your dream, such a dream could represent a message from your subconscious. It might indicate some hidden or undiscovered parts of your personality, or your desire to change your reality. It might also reveal feeling as an outsider among the people who are close to you, feeling as if you don’t belong with them or that you are completely different.

If you realize that is the case, maybe you should try to expand your social circle a bit and find people who are much more like you and share the same interests.

Sometimes this dream reveals your feelings of awkwardness in social gatherings.

Dreaming about turning into an alien – If you turned into an alien in your dream, such a dream could indicate that someone close is molesting you for some reason.

If there was a group of alien abductors, such a dream is a warning about some people wanting to harm you in some way.

Dreaming about aliens chasing you – If you dreamed of aliens chasing you, such a dream might be a reminder to stop postponing and avoiding your duties. This dream is often a sign of refusing to accept the reality as it is.

Dreaming of aliens examining you – If you dreamed of being examined by aliens, such a dream often symbolizes the disappointments you have, usually regarding your life conditions or your job or career. If the aliens were experimenting on you, such a dream could indicate that you are depressed.

Dreaming of aliens torturing you – If you dreamed that aliens were torturing you, such a dream could indicate that you will have to bear the consequences for some actions and decisions. It could also signify refusing or avoiding fulfilling your duties.

Dreaming of being raped by aliens – If you were raped by aliens in your dream, such a dream usually isn’t a good sign and it might indicate your concerns about the problems and difficulties which someone you care about is currently going through.

Dreaming of having a baby with an alien – If you dreamed that you gave birth to an alien baby, such a dream could symbolize instability and confusion present in your life, or in some areas of your life. In some cases, this dream could indicate needing to make some important life decisions concerning your future.

It might indicate not being sure about your desires and goals for the future.

Dreaming of observing aliens fighting – If you dreamed of aliens fighting, such a dream might indicate some minor setbacks and obstacles you will encounter soon and the need to deal with them as soon as possible.

It could also indicate asking someone to help you solving your problem.