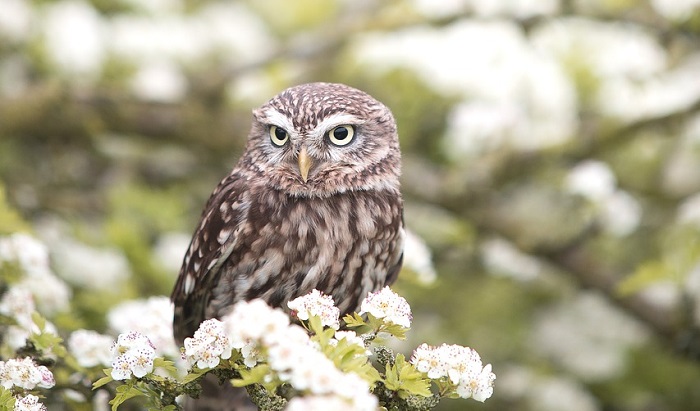 Owls are nocturnal birds with different symbolism attached to them. They are solitary birds, who fly silently through the night scanning the surroundings with their excellent night vision in search for prey. Owls are birds of prey and usually prey upon small mammals, insects, and other birds.

Owls are spread all around the world. They live on every continent, except Antarctica.

Because of their diffusion, there is a lot of different symbolism related to them in different cultures around the world.

In many cultures in the world, owls are an evil omen. Many people consider them as an omen of approaching death. There is still a widespread belief that someone will die if an owl’s hoot is heard. In a bad connotation, owls are also considered as symbols of illness, bad luck, misfortune, evil, etc.

In African culture, owls are usually a symbol of evil, black magic, and witchcraft. Many Africans fear seeing an owl because they believe that it would mean becoming ill soon or being a victim of black magic and enchantments.

In ancient Egypt, owls were considered protectors of the dead, which were guiding their souls to the Underworld.

In ancient Greece, owls were considered a symbol of the goddess Athena, who was the goddess of wisdom and war.

In Japan and some neighboring countries, owls are symbols of good luck. In many other countries, they are a symbol of knowledge and wisdom. 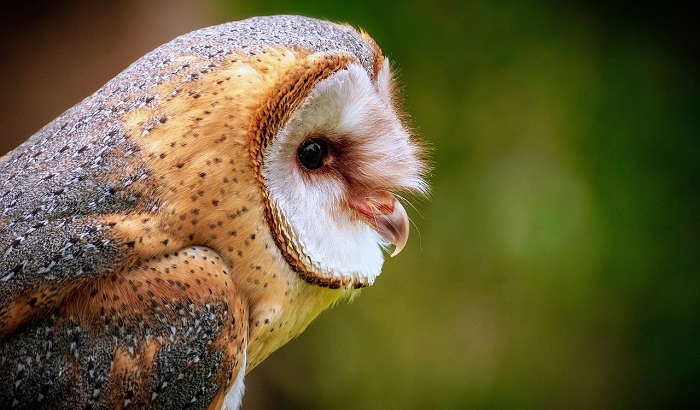 When an owl crosses your path, that event often brings an important message regarding your life.

Although at first, you might think about the worst, there is usually no need to worry when an owl crosses your path because its symbolism is most likely good.

Here are some possible spiritual meanings of an owl crossing your path:

Getting in touch with your intuition

Seeing owls often could mean that you are getting in touch with your intuition and establishing a connection to your inner wisdom, so that you can use the information hidden there.

You need to begin relying on your inner guidance and intuition more, just like the owl does.

Discovering something about yourself

When the owl appears in your life, it could indicate that you are about to discover some secrets and aspects of yourself, you weren’t aware of. Its appearance could be asking you to get in touch with your inner wisdom, which you didn’t know you possess.

The owl inspires you to gain higher knowledge of things.

Paying attention to something

The owl is asking you not to take things for granted, nor should you only focus on the things and facts that are visible.

You should dig deeper into the depths of the unseen and find the answers there. It will all become crystal clear when you learn how to reach out there and seek for answers.

If owls often cross your path, that can be an indication that you are about to receive some significant spiritual messages and guidance soon.

An owl appearing in your life could also indicate the need to gain some knowledge about matters that are not suitable for an average student. The owl has chosen you because you have an inborn pre-knowledge about those matters, which you have gained in some previous lives and has remained dormant inside you.

The owl is calling you to continue your past life path, and expand your knowledge further, so you can use it to help others and yourself.

Being objective and using all the details

When the owl appears in your life, it could be asking you to be objective in your dealing with certain situations in your life. You need to stop disillusioning yourself and begin looking at things realistically. Begin looking through people’s true motives and intentions, and not at what they demonstrate on the surface.

Think twice before you make some decisions, and base your decisions on clear reasoning, considering all the details you can get.

Don’t rush into things, blinded by superficial and false appearances and words. The owl won’t allow you that.

If an owl appears in your life, it might be asking you to nurture your natural curiosity and begin exploring the things you desire. There are so many things, which interest you and you would love to discover, so begin taking action in that direction. These areas are usually not something of interest to waste masses of people.

They are usually secret and hidden knowledge, hidden life mysteries, and other life’s secrets, which require adventure to gain.

So embark in that adventure. You are being supported along the way. Use your curiosity to guide you on that path.

Owls often appear in our lives to announce some major life changes that are about to happen in our lives changing them to the core, or they can appear during the process of change.

The owl is asking you to be calm and accept the changes that are coming, trusting that all is happening in your best interest.

The changes you might experience could completely transform your life, and they can be some very difficult experiences to go through, but they will have a higher purpose in your life.

These events could be endings of relationships, job losses, financial troubles or bankruptcy, the death of someone close, discovering some secrets which completely change the way you see yourself and the world, etc.

You only need to remind yourself that no matter how miserable you might feel at times, it is all happening for a good reason.

The things and people you might end up without will be replaced with something better, and you will soon realize that.

Get rid of something or someone

When the owl appears, it might be a reminder to begin releasing from your life the things and people, which no longer serve their purpose. Maybe you have cluttered some contents from the past, which is only weighing you down and doesn’t serve your progress.

If you realize that you are overly occupied with feelings and memories from the past, that you can’t seem to let go of some people and things, then the owl’s appearance has that mission to accomplish in your life.

Find the courage to say goodbye to the past and turn your attention to the present and the future where new people, situations, and things await you.

Although rarely, the owl’s appearance in your life could be a forewarning of some danger you might find yourself in soon. Begin paying attention to the things and people from your surroundings and be more alert in the upcoming days to be able to prevent something bad from happening to you.

Death and some other misfortune

Superstitions which exist in many cultures, often link the owl’s appearance in someone’s life with a bad meaning, and usually as an omen of death or some other misfortune that will befall on the person who has experienced the encounter with an owl or someone close to that person.

Although there are testimonies of bad things, such as death and illnesses occurring after an encounter with an owl, which could or could not be linked to that event, owls usually don’t have such horrifying and frightening meaning.

The owl’s symbolism is very powerful just like the animal itself.

Use its presence in your life wisely, as an ally to go through some difficult times in your life and get the most of these experiences.

You will gain the knowledge and wisdom you can use in the future to help others and yourself.