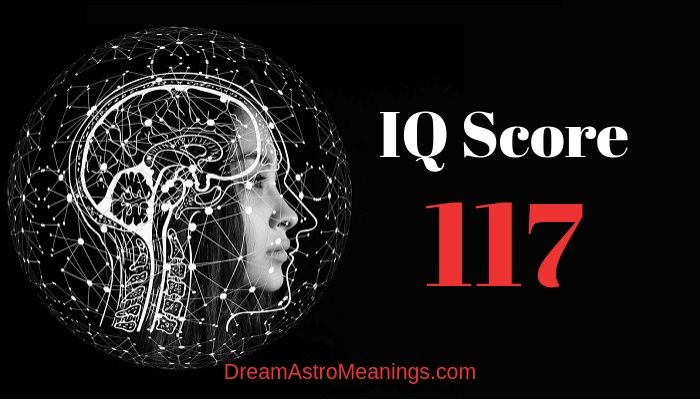 Measuring intelligence is not an easy task. The idea of measuring this trait is very old. People noticed long time ago that people’s intellectual capacities differ from person to person.

Some people were more capable than others to solve problems, deal with everyday duties, make decision, but also create things and express talents that most other people didn’t possess.

The idea of measuring intelligence became reality in the beginning of the 20th century. The French Ministry of Education asked the psychologist Alfred Binet to find a way to measure the level of capacities of school children to be able to determine which ones need additional help in studying.

Binet had previous experience in observing children’s behavior in various situations. He created a test with the help of his assistant, medical student Theodore Simon, which they used first on a group of 50 children selected by their teachers because they exhibited average skills and abilities.

Those 50 children were divided in 5 age groups and each group consisted of 10 children.

Their test intended to determine what was considered normal – average functioning and ability. It was revised two times to be able to compare the mental abilities of children with their normal – average peers.

The test consisted of thirty tasks. The tasks increased in difficulty. The easiest were so easy that everyone was able to solve them.

For example, the child was asked whether it was possible to talk to the examiner. More difficult questions asked children to repeat series of 2 digits, to name body parts, describe some simple words, like house or fork.

Later they were asked to make a difference between objects, make sentences from words they were given, etc. In the most difficult tasks, the children had to repeat backwards 7 randomly chosen digits, etc.

The results on this test revealed the mental age of the children doing the test. If they passed the test with results that corresponded results of average children of that age, they were considered average smart.

Binet also considered that intelligence isn’t fixed and it could be changed.

The Simon – Binet test went through changes in different countries. Intelligence tests can be adjusted to fit different needs. Psychologists use them to determine the abilities of potential job candidates.

There are many definitions of intelligence because of the complexity of this trait. Most people define it as a set of different cognitive skills and abilities of a person, like their reasoning ability, ability to think critically, gathering information, learn, solve problems, adapt to circumstances, learn from experience, or to be creative.

Because of that, intelligence tests are usually a set of different cognitive tasks, which can be verbal, conceptual, perceptual, or quantitative nature.

The candidate solving the test can be tired, exhausted, anxious, or experiencing some other issues which prevent them from getting the score which reveals their true level of intelligence. That is why these tests tolerate scores for up to 20 points.

Most intelligence scales have similar results. Most of them consider the IQ score of 90 to 109 as an average intelligence score. The Wechsler IQ scale is currently most used.

The good thing is that intelligence isn’t fixed and its level can be increased through education and activities which increase and stimulate brain activity.

Because intelligence is very complex, many psychologists agree that not only one type of intelligence exists.

Today, there are many different types of intelligence, such as:

General intelligence is the most known type. It represents the cognitive abilities of the person, such as the ability to learn, gain knowledge from experience, reason, think critically, solve problems, adapt to various circumstances, be creative, etc.

Practical intelligence represents the practical abilities of a person, such as the ability to find practical solutions to problems or deal with everyday issues in the most practical way.

Fluid intelligence is the ability of the person to discover new manners of dealing with things, changing their ideas about how things should be done, etc. This intelligence decreases with age.

Multiple or specific intelligences represent different abilities and special skills of people. The idea behind multiple intelligences is that different people have talents and skills in certain areas.

These types of intelligences are:

Crystalized intelligence is a type gained during a person’s lifetime. It increases as the person ages.

Creative intelligence represents the creative abilities of a person. That includes the ability to create things as well as to discover creative ways of doing things and dealing with issues.

Intelligence quotient – IQ, measures the level of intelligence. It is calculated through IQ tests, and using the IQ formula, which is: mental age ÷ chronological age x 100 = IQ.

Most tests measure general intelligence and are created for different age groups because intelligence increases with age.

The tests are standardized by determining the average intelligence for every age group. The IQ test reveals the mental age of the person which is then compared to their chronological age to determine how intelligent they are.

The IQ of a person is a combination of different factors. Genetics is a very important one because it determines the intellectual potential of a child.

Other circumstances, such as environment, education, living conditions, care, etc. will determine whether that child will use their full potential or not.

Children who are raised in bad living conditions and poorly educated tend to intellectually stagnate or even decrease their level of intelligence.

Opposite to that, children who are raised in excellent living conditions, well cared for and educated, tend to increase their intellectual capacity sometimes beyond their potential. If the circumstances change for the better, intelligence can be raised significantly.

There are many situations when IQ scores cannot be accurate. If the person who is doing the test isn’t feeling well or they are tired, anxious, worried, fear the results, lack focus or concentration, etc. the results won’t be correct.

Also, if the person has a learning disability, like dyslexia, the results can’t be accurate.

It is important to rule out such possibility when the results don’t seem to fit the person’s obvious intellectual capacity because sometimes people are not aware of having such disabilities.

For these reasons, IQ test results have tolerance scores which can go up to 20 points.

The IQ 117 falls into the category of High Average intelligence on the Wechsler IQ scale; it is a high IQ score, which enables the person to be successful in any area they choose.

This IQ reveals the potential of a person to do various things and deal with everyday issues with ease. It is likely that the person won’t have difficulties finishing academic studies that will enable them a life of comfort and ease.

However, this IQ doesn’t guarantee the person success without any action on their behalf.

If the person lacks ambition, tends to procrastinate, postpones their duties, lacks focus and general idea about their future, it is likely that their potential will remain unused and they could end up living a life of much worse conditions than some other people with less intellectual capacity but more ambition and will to succeed.

It is important not to take these abilities for granted and expect that they are enough. It takes organization, effort and work to achieve success. That doesn’t have to be struggle but a certain action is required.

Sitting home and solving IQ tests which confirm how smart you are won’t do the job.

You have to go out and fight for your dreams. You are blessed with this IQ and you already have the advantage that most other people don’t have.

Don’t waste it and show your appreciation by using the most of it.