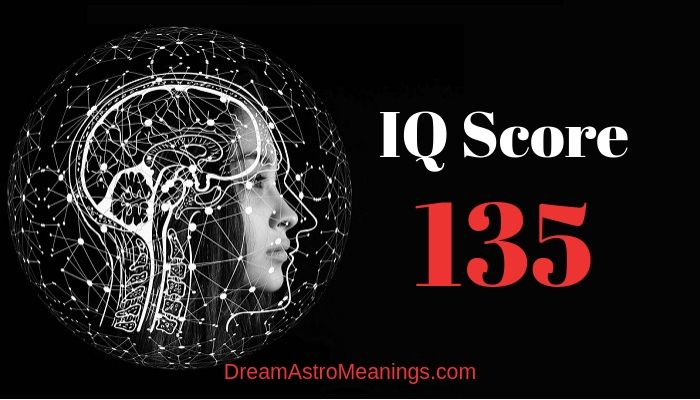 Intelligence is one of our most significant traits. It represents a combination of our cognitive skills, abilities, and talents. The higher the level of intelligence the higher is the chance and opportunities for the person to achieve success in life.

Of course, it is up to the person to use these abilities to their advantage. Many people stay their entire lives on average level of achievements despite their incredible intellectual capacity, due to the lack of ambition, initiative, lack of organization skills, and tendency to procrastinate.

People were aware of the differences between the intellectual capacities of individuals since long time ago. The idea of somehow measuring human intelligence is old, yet it wasn’t realized until the beginning of the 20th century.

In 1905 the French Ministry of Education decided to ask the French psychologist Alfred Binet, who had a lot of experience in working with children and observing their behavior in various situations, to determine a way to measure children’s intellectual capacities.

The request was made because the Ministry wanted to have a means to determine the children with insufficient intellectual capacities to follow the school programs and needed additional help to study.

Alfred and his assistant Simon Theodore created a test which consisted of 30 tasks aimed to determine the intellectual abilities of the tested children. The test was first applied on a group of 50 children who were divided in groups of 10 children according to their age. There were five age groups.

The children were selected based on the recommendations of their teachers who considered them to have average intellectual abilities. Their test was called Simon-Binet test.

The tasks aimed to represent the typical abilities of children of that age and were created based on their previous experience and published studies and research on the subject of children behavior that were available at that time.

The tasks in the test gradually became more difficult. The first ones were easily solved by anyone, while the last ones were solved by the most intelligent candidates.

For example, some of the first questions the children were asked were whether they were able to speak to the examiner or whether they were capable to follow a beam of light. Later they needed to repeat series of 2 digits, or to describe some simple words, etc.

The score on the test revealed the mental age of the child who performed the test.

If the child passed the test with results which were equal to the average results of children of that age, the child was considered average intelligent and his mental age was at the level of his chronological age.

Binet didn’t think of his intelligence test as an ideal model to test children’s level of intelligence and knew its limitations. He was aware that intelligence is complex and consists of a variety of different aspects which couldn’t all be included in one test of thirty questions.

Alfred Binet also knew the importance of genetic factors and influence for the development of the child’s intellectual capacity. He was also aware that genetics wasn’t sufficient and that environmental factors could even be crucial for the final level of intellectual capacities of children.

The Simon – Binet test was accepted by many countries which transformed it according to their needs. Intelligence tests can be adjusted for different purposes. Recruiters often use them during recruitment processes while testing their abilities and skills.

Intelligence tests continued to be a means for testing children’s abilities but many varieties were created to measure intelligence of adults as well.

It is hard to define intelligence because it is so complex. This caused the existence of many definitions of intelligence. Most definitions define it through cognitive abilities of humans, their ability to gather information, to reason, learn, solve problems, making conclusions, etc.

Learning from experience and creativity are also considered as an expression of the person’s intelligence.

The results can sometimes be inaccurate, mostly when the person lacks focus or concentration for some reasons. These tests have tolerance of scores for these reasons, and tolerate up to 20 points.

Intelligence quotient scales are usually similar. Currently the most used is the Wechsler IQ classification scale, and according to this scale:

The IQ score reveals to some extent the intellectual capacity of a person, but it doesn’t have to be 100% accurate.

If the person is not satisfied with their IQ score, that is not a reason to get discouraged because intelligence level can be raised through brain stimulating activities and education.

We mentioned that intelligence is difficult to define because of its complexity. Because it consists of different skills and abilities, there are various types of intelligence.

General intelligence is the most known type. This type of intelligence consists of the cognitive abilities and skills of the person. That includes the abilities to gain knowledge, reason, adapt, solve problems, etc.

Crystalized intelligence is a kind of intelligence developed through the person’s life, mostly through experience and education. It contains the abilities and skills which are gained by the person during their lifetime. It increases with age.

Fluid intelligence represents the ability of the person to manage their way out of different situations and circumstances. It represents their ability to make changes in the way they do things and their way of thinking. They are innovative and find new ways to solve problems. This type of intelligence decreases with age.

Creative intelligence reveals the creative ability of the person and their ability to creatively do things as well as to create things.

IQ tests are standardized for various age groups due to the fact that intelligence differs between different age groups (it raises with age). This standardization process is regularly done because intelligence also increases generationally.

If the mental age is much higher than the person’s chronological age, the person is above average intelligent.

We should have in mind that intelligence is a combination of different factors, and genetics is one of the most important ones. It is a known fact that children usually have similar intelligence level as their parents. Intelligence is also influenced by the person’s environment.

If a person is raised in poor living conditions, without care and proper education, it is likely that they won’t be able to achieve the maximum level of their intellectual potential. Fortunate fact is that when these circumstances change, intelligence raises.

With proper care, education, and effort, even people with average intellectual abilities can become very successful and raise their intelligence level significantly.

Results of IQ tests are sometimes inaccurate. The reason for that often lies in the mental and/or physical state of the person who is doing the test.

If the person is anxious for some reason, lacks focus or cannot concentrate, is tired, anxious, frightened, or is experiencing some similar inconvenience, the results cannot be accurate.

Also, a learning disability such as dyslexia, or some other disability, prevents the person from showing the maximum of their potential on the test. These reasons caused the IQ tests to have flexible scores and tolerance of up to 20 points.

According to the Wechsler IQ classification, the IQ of 135 is considered a Very Superior intelligence score. This score falls into the highest category when it comes to measuring intelligence.

These people are usually talented and have a lot of abilities and affinities towards different areas. They are a part of the 2% of human population.

These people usually have a lot of different interests and are talented in many areas. They often have some important discoveries or create works which have global benefits.

Many of these people who can be called genius use their talents and abilities for the good of mankind. This gift is not always a blessing. These people don’t have to be successful at all, and can end up living average lives and doing average jobs.

Sometimes that happens because the person’s living conditions don’t allow the person to use their intellectual potential. In some cases, these people don’t achieve significant success because they lack the skills to do it, such as ambition, motivation, working habits, etc.

If you have this blessing, try not to let it be wasted. Try to use it to improve your life, but also the lives of others.