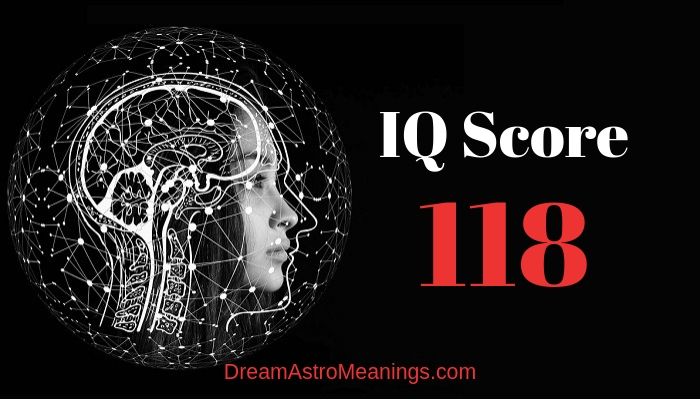 Intelligence is mainly a human trait, but according to scientists animals and plants also possess it to a certain extent. Intelligence combines various skills and abilities, mainly cognitive. Intelligence level is an individual characteristic and differs from person to person.

Higher level of intelligence usually gives the person more opportunities to succeed in life in general.

Higher intelligence doesn’t guarantee success. If the person who is highly intelligent lacks motivation, ambition, focus, goals, and working habits, the fact that they are intelligent won’t matter much and will leave them in the category of average achievers.

On the other hand, if an average intelligent person has enough ambition, motivation, and will to succeed, with effort, action, and proper activities, they could manage to become successful much over their potential.

Measuring intelligence was a goal long time ago. People noticed that individuals differ in their intellectual capacity.

Some people were obviously more skillful than others and performed things with more ease than others. Some possessed talents which most other people didn’t have. Still, the idea didn’t become reality until the 20th century.

In 1905, the Ministry of Education of France engaged Alfred Binet, French psychologist to discover a way to measure the level of intellectual capacity of school children and a way to determine which children need additional assistance in studying the school materials.

Alfred Binet was a psychologist with a lot of experience in observing children’s behavior in various situations.

He published a lot of research on this subject. He and his assistant, medical student Theodore Simon used their experience and the available research materials to create a test which could measure the intellectual abilities of children.

The idea was to determine what can be considered normal – average intelligence so it could later be compared to the mental capacities of children and determine their level of intelligence.

The Simon – Binet test these two scientists created was first used on a group of 50 children divided in five age groups which consisted of 10 children each. These children were chosen by their teachers which considered them to have average skills and capabilities. Their test was adjusted two times so it could be used to compare the mental abilities of children with their average peers.

This test had thirty tasks which gradually became more difficult. The first tasks were the easiest so that every child could solve them. In the more difficult ones, the child was asked to name body parts, or repeat series of 2 digits, or describe some simple words.

In the later tasks, the child needed to make a difference between objects or create a sentence from given words. The most difficult tasks were asking the child to try repeating backwards 7 randomly chosen numbers.

Although the test was able to make some distinctions between the intellectual abilities of different children, Binet was well aware how limited the test was and that it wasn’t able to fully determine the level of the child’s intelligence, such a complex trait.

The Simon – Binet test is still in use, but it has gone through changes in different countries. There are other intelligence tests as well. These tests can be created to meet various requests and purposes.

For example, special tests could be created to determine the qualities and skills of potential job candidates.

Intelligence can be defined in many ways because of its complexity. It is usually defined as a mix of various cognitive abilities and skills, such as reasoning ability, ability to learn and gather information, learning from experience, think critically, adapt to various circumstances, solve problems, think and act creatively, etc.

This is why intelligence tests usually consist of different perceptual, verbal, conceptual, or quantitative tasks.

The results are sometimes inaccurate due to various circumstances that could be present during the test.

For example, the person being tested could be very tired and lack focus, which could cause their results not to match the real state of their intellectual abilities. For that reason, IQ tests have tolerance scales tolerating scores of up to 10 or 20 points.

There are several IQ scores scales, and most of them are similar. The most used currently is the Wechsler IQ scale.

According to this scale:

Although IQ scores could be very disturbing to people, especially if they fall into the category of average and below average intelligence, there is no reason to be very upset, because intelligence is a trait that can be improved significantly mostly through brain stimulating activities and education.

Intelligence is a complex trait, and that is what lead psychologists to realize that there can’t be only one type of intelligence.

That is why, today exist many types of intelligence, such as:

Practical intelligence is the kind which enables the person to find practical solutions to any problem and deal with everyday issues.

Fluid intelligence is the kind which enables the person to discover innovative ways to deal with problems and daily issues. People who possess this intelligence often change their way of thinking because they tend to improve themselves. It decreases with age.

Crystalized intelligence is a kind of intelligence developed through years of experience. It increases with age.

These types of intelligence are:

General intelligence is the type which is most known to people. It consists of the person’s cognitive skills, like the ability to think critically, adapt to circumstances, solve problems, learn, etc.

The tests are standardized for different age groups mainly because intelligence increases with age and they determine the average level of intelligence for each age group.

An important thing to point out should be the fact that intelligence is a combination of various factors.

Sometimes the person doesn’t have the chance to reach their full potential because of the circumstances they live in. Genetics is a very important factor in the formation of intelligence, but genetics solely is not enough for the person to reach their full intellectual potential. Environment, education, and living conditions are very important factors as well.

If a child is raised in excellent living conditions, has all the care and nurture, and is provided proper education, it is likely that this child will reach its full intellectual potential and in some cases go beyond that level.

On the other side, if a child who has a great genetic intellectual potential is neglected, has poor education, and lives in bad living conditions, it is likely that this child won’t be able to fulfill this potential, and will become intellectually stagnant or even experience a decrease in its intelligence.

The good news is that through effort, proper activities and education, this can be changed significantly.

IQ scores can sometimes be inaccurate. The reasons can be various, but mostly they have to do with the fact that the person doing the test is experiencing some issues which prevent them from putting in maximum effort.

If the person is tired, anxious, disturbed, lacks concentration, or is some other similar state, the results certainly won’t be accurate.

Also, learning disabilities will cause the results to be inaccurate. These are the reasons why IQ tests have tolerance result scales.

An IQ score of 118 is a very good score. It falls into the High Average category on the Wechsler scale. This score gives great potential to the person and enables them to achieve success with ease and not a lot of effort.

The person with this IQ is capable of different academic studies and often achieves success in their chosen area. They don’t have problems in everyday matters and solve problems with relative ease.

However, this IQ score doesn’t guarantee this person success. This IQ gives the person potential for success, and that doesn’t mean that the person will use this potential.

If this person lacks ambition, motivation, goals, working habits, and desire to succeed, this IQ won’t mean anything and will keep the person in the field of average achievers.