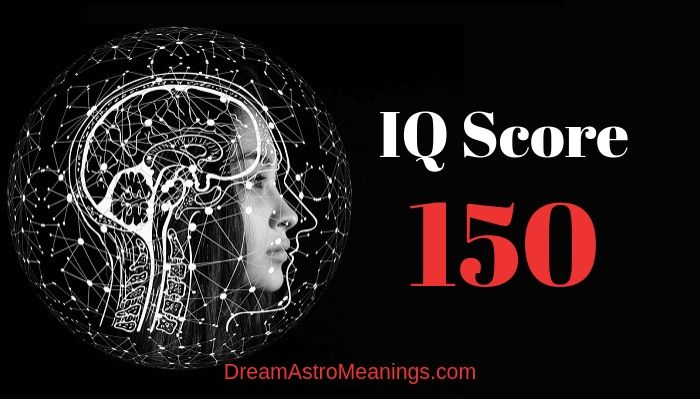 The idea for measuring human intelligence dates way back in time, but it was first measured in the beginning of the 20th century.

The first intelligence test was prepared by Alfred Binet, a French psychologist who was asked to prepare some kind of test which could enable to determine the difference between children who are mentally healthy and children with some kind of mental disabilities. He created the test with the help of his assistant Theodor Simon.

These tests and the principles they were based upon were used since then. During time many more tests were created and new theories about intelligence were set up.

Intelligence tests have a role to determine the level of general intelligence in children and adults. Intelligence is a complex concept which is why it is hard to define it precisely.

Intelligence is a combination of various skills and abilities and the person’s general knowledge.

Psychologists also use intelligence tests when they check their candidates during recruitment processes. They use IQ tests to test the skills and the ability of their candidates to perform a certain job or required tasks.

IQ scores are calculated using the IQ scales in the tests. IQ scores don’t have to be accurate. Sometimes, some factors influence the person during the test and prevent them from focusing on the test completely. This is the reason why IQ tests have tolerance scores which can range up 20 points.

There is a possibility of scoring differently on different IQ tests, because there are a variety of different tests nowadays. The main reason why different intelligence tests exist is the complexity of the concept of intelligence which is why it is a problem to create just one type of IQ test for all its different aspects.

For people who are not satisfied with their IQ score, an important information is that intelligence is not stagnant and can be raised significantly.

It only takes effort and patience. Intelligence can be raised through education and different activities. It can be raised for up 20 points.

Because intelligence is such a complex concept, and consists of many different aspects, it is very difficult to define with only one definition.

That is why many different types of intelligence are created.

General intelligence is still the most commonly accepted type of intelligence because it contains all the general aspects of intelligence. It represents the person’s cognitive abilities and skills, like gaining knowledge, learning, especially learning from experience, adapting to various circumstances, reasoning, etc.

That created many types of specific or multiple intelligences such as:

Emotional intelligence is considered a type of intelligence which represents the person’s ability to understand people’s motives, emotions, and desires.

Crystalized intelligence represents a type of intelligence which is created through the person’s lifetime experiences. This intelligence is increasing with age.

Also, it is noted that the level of intelligence has a trend of increasing with every new generation which is why intelligence tests should be standardized regularly.

IQ score is not something to be worried about very much. The fact is that by solving different intelligence tests people often get different results.

Some people are smarter and more skillful in some areas while others have more qualities and abilities in other areas.

That is why it is hard to generalize these things and put them in one test. The group of people who is more skilled to perform the tasks given in the general intelligence test will score much better than those people who are also very gifted and smart, but in another way.

Also, intelligence isn’t something that cannot be changed. It changes constantly and that depends on different circumstances. Genetics has an important role in the forming of a person’s intelligence.

It can be said that most of it is inherited from our ancestors. Children and their parents often have similar IQ-s.

Another important factor which influences the level of intelligence is the person’s environment and upbringing. Children raised in unhealthy environment, poor living conditions, without proper education and care, don’t evolve as much as they are supposed to, and in some cases, their intelligence decreases instead of increasing.

It is noted when such children are put into healthier environments with proper care and education, their level of intelligence rises significantly; that is one of the reasons why children who are well provided and have a proper education are more intelligent than children who are not as fortunate.

Intelligence can be raised and it only takes effort and patience to get better results.

As we mentioned IQ scores are not always accurate. Many factors can influence that, and one of the main reasons is the person’s mental state while performing the test.

Some people have problems with solving tests and the pressure, which that act provokes in them; that can be a factor that causes bad scores on the test which don’t reveal the actual level of intelligence of that particular person.

Also, many other factors can be responsible for bad IQ test scores. The person can be tired, emotionally disturbed, anxious, or lacking focus and concentration for some other reasons in which case, the results won’t be accurate.

Some people have learning disabilities which can be the cause for bad test scores. If a bad IQ score on a test is unexpected and there aren’t any other circumstances to justify such score, the first thing to do is to rule out the possibility of learning disability such as dyslexia or other.

Because of these unpredictable situations IQ tests have tolerance scores which can rise up to 20 points.

As we can see from the Wechsler IQ scale, the IQ of 154 is considered Very Superior, and it is in the highest level of intelligence range.

People who are in this range belong to less than 2% of the human population which is admirable, considering the fact that according to the available data there are around 7.5 billion people on the Planet.

A person with a score higher than 130 is often considered a genius and possesses special gifts and talents which average people don’t.

These people can do with ease most of things. They have a great potential but also hold a responsibility not to waste that potential.

If it is left unused, or is used for indecent purposes, that is a wasted gift which someone else could have used to help others and the humanity in general.

Because they are so rare and usually different from other people, these people cannot remain unnoticed.

If you have an IQ score of 154 you are most likely aware of how special you are. You should also be aware of the great responsibility you carry because you are fortunate to be blessed with such a gift.

As a member of the group which consists of only 2% of human population, you should be wise about how you use the enormous potential you were given. There are so many people, who can benefit from your intelligence; you just need to figure out how to help them. You should find some activity which can satisfy you and be beneficial both for you and others as well.

Sadly, that many people who are blessed with many talents and abilities take them for granted and let them be wasted during their lifetimes when in fact they should be using them to help improve things around them. Many people do it because they lack ambition and willpower.

Don’t let yourself become overwhelmed with the fact that you are so different than most other people. Don’t become vain and develop a superiority complex.

The fact that you have a superior intelligence should make you humble, and grateful and you should show your gratitude in using your gifts the best possible way, which is helping yourself and others and contributing in improving the lives of people who are not so blessed and fortunate in life.