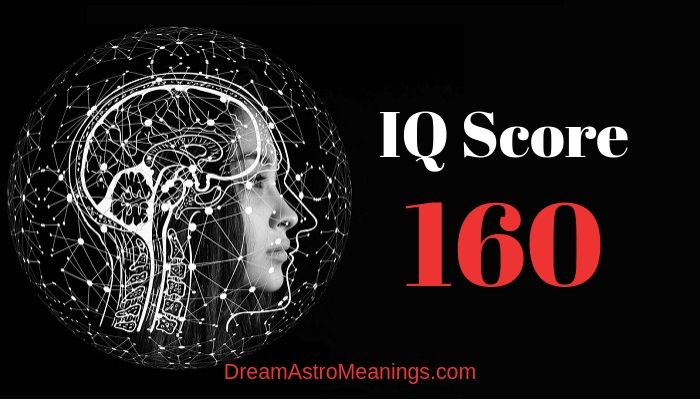 Measuring human intelligence and then classifying the results according to scales offered by different versions and editions of IQ test has always been a subject of debate amongst scholars, as well as among non-academics and those who had themselves tested, of course.

Could human intelligence be measured, counted, calculated, classified and else? Is there only one general type of intelligence we all share or there were many different types of it?

As it is the case with many of such complex subjects, the truth is probably somewhere in between, in some kind of a grey zone. First, defining human intelligence is difficult and a challenging task.

In common talk, we identify intelligence with intellect that must be a form of mental capacity or ability that makes us reasonable living beings and differentiates us from other creatures of this earth.

Those with astonishing ideas about the very nature of cosmos, scholars or enthusiast and theorists of extraterrestrial life have rather impressive ideas about it, difficult for many to comprehend in full. There are theories of intelligences higher than ours, which we will take ages and eons to reach, perhaps.

Artificial intelligence is on the run and it is, indeed, a story of its own. Be it as it may, we still have not concluded what ours represents and what are its full capacities.

One of easier to understand, simple and very plausible ideas is presented by geniuses of our world. This definition simply claims that human intelligence is our ability to adapt to changes and, at the same time, produce things that fit into certain cultural frames.

Thus, intelligence must be a part of nature and a part of culture. It is, indeed, in core of human beings, also molded by human beings.

Capabilities of our intelligence are immeasurable, as many claim. IQ tests alone cannot encircle all the characteristics that constitute intelligence, but they certainly can analyze some parts of it or its ‘background’ universal nature, depending on how you see both tests and intelligence alone.

It is difficult to speak about intelligence in universal tone, although, in common talk, people usually take it for granted and identify it with academic capacity and academic success.

Thus saying, an intelligent person is considered a good scholar, someone capable of obtaining high degrees, who learns from theory rather than from practice, although it is not excluded, a ‘smart’ one in general.

What people commonly fail to attribute to a smart one is exactly the practical, empiric side of intelligence, as stated in the definition proposed. Intellect helps us learn from experience and adapt to life around us as well as to adjust the setting to our own needs.

The Essence of Human Intelligence

Those aspects are intertwined and connected, but could be observed separately.

This approach allows for approach that is more flexible to intelligence as a whole and especially to measuring and evaluating human intelligence.

IQ test, in fact, do not analyze all the types we are going to mention; at least, not to a degree that could mean something.

This multifold approach claims that each individual necessarily possesses all the aspects, but they are neither equally developed nor distributed nor manifested.

This means that you may be excellent in math, but have no refined artistic gift, which further means you could be a brilliant mathematician, and an below average artist.

This would probably make you score high on an IQ test, but it would say nothing about your artistic (lack of) skill.

It could be unfair towards the one who is a brilliant artist, but not as good with numbers. Multifold approach resolves that.

According to it, each person presents with advantages and disadvantages regarding their intelligences, but each possess the potential of all of them.

This is the sum of it, although you could find slightly different proposals. However, the core idea is the same. No IQ test observes all of these nor could tell about many aspects that are commonly considered specific talents or gifts and rarely associated with intelligence as it is.

The problem is also that IQ tests are considered predictors of life success and in these terms they could testify probably only of potential for educational success.

Since we are going to talk about IQ 160 score, let us first get an insight into classification of IQ scores. The test that is the most widespread these days is the fourth edition of WAIS or Wechsler Adult Intelligence Scale.

The American psychologist David Wechsler created the original test more than half a century ago. The test has been actively being updated with new statistics and data and the fifth edition is planned to be released in 2020.

Let us see how IQ scores present on the scale related to WAIS and some other ones. First, let us say that the score of 100 is considered the average on the most scales and a standard deviation of 15 points is set in order to provide distribution curve.

The range from 71 to 80 stands for ‘borderline intellectual functioning’, while 80 to 89 are considered ‘below average’. Scores from 90 to 109 are those of ‘normal’ or ‘average’ intelligence.

All scores above those could be considered above average. Scores that fall between 110 and 119 are ‘high average’, while from 120 to 129 are ‘superior intelligence’.

Some scales label scores of 130 and higher as ‘gifted’ and those above 140 ‘genius’ or near genius’. There are specific test that are meant to test only intelligence of those who already scored high result. One particular contemporary scale goes up to the scores of 180 and above.

Wechsler scale states that scores from 131 and above are qualified, while the strictest one is Catell’s, which uses the point of IQ 148 as suitable.

Mensa is a society of highly intelligent people, imagined as completely free of any political, racial or religious stereotypes and discrimination. Simply, it is meant to nurture the intellectual capacity of the humankind and to support the research of it.

Mensa was founded in 1946 in London. It is the largest international society of the sort. It operates through national seats and through local groups. It is involved into research of the potentials of human intelligence and it is supportive of its members, offering different kinds of stipends to the most prominent ones et cetera.

Mensa supports the practical use of intelligence; it is deeply interested into discovering more about the nature of the intelligence and its characteristics, aspects and overall potentials.

Congratulations! IQ 160 score is, by all means, considered an exceptional score of a definitely highly gifted individual. On Lewis Terman’s scale, all scores above 140 are considered ‘genius’, while certain modern approaches label exactly the score of 160 as the score of a genius.

Needless to say, some of the greatest minds of the history and of the modern age were of the same score as yours. Namely, Albert Einstein, Nikola Tesla and Stephen Hawking, who were considered some of the most brilliant people ever.

Your score definitely qualifies you for Mensa and opens the door to very high academic success, if that is what you are interested in.

You would most likely be interested in an academic path, since it would be the most fitting environment for a person with, safe to say, extremely high IQ. However, personal experiences differ.

High IQ score such as this has to be actively ‘used’, to say so; otherwise, a person may feel is if he or she does not do good enough. A high IQ often presents with an inner (if not outer) pressure to achieve something, to give it a purpose.

It is very difficult to find a balance having your mind so brilliant in driving elegant conclusions and solutions, inventing brilliant ideas rare ones could actually understand. High IQ does predispose one for a lonesome feeling, as many would testify.

With an IQ of 160 that is a ‘’genius’ IQ you would very likely feel lonely around other people of whom most are of average intelligence.

It does not mean that you cannot get along with them, but the common surrounding would most likely not satisfy the appetite of your brain, if we could say so.

With an IQ that high, it is warmly advised to pursue an academic career.

High IQs are definitely predisposed for getting PhD degrees with ease, excited to learn, explore and draw conclusions.

Moreover, a genius IQ makes you perfectly capable of inventing original solutions and making your ideas come to life in reality.

IQ 160 definitely opens up many opportunities, if one is willing to use it.

This should be taken with a reserve, since personality type, emotional and social intelligence and many other factors and conditions will affect the actual manifestation of an individual’s IQ in reality, including one as high as 160.