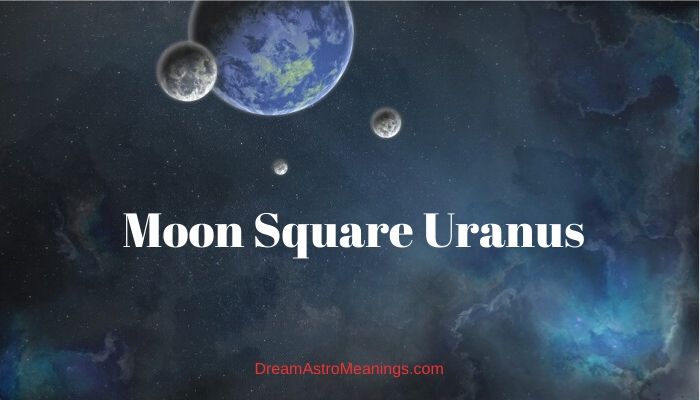 What is astrology and how could it tell us about ourselves and about relations we have with other people, which is precisely what synastry, being a highly valued part of astrological studies, was meant to answer?

Astrology is an old, ancient discipline, the so-called ‘science of the stars’. A simple question with a simple answer, it might seem, although the truth is quite different.

Astrology could not be defined in a single sentence, without further explanations. In olds time, astrology and astronomy were one and the same and, in fact, an astrologer was called the astronomer.

Many of those ancient astronomers were also great philosophers; we could say that the astrology is based upon philosophical teachings.

Many would ask if astrology was a science or not. Today, it falls under the category of pseudo sciences.

The paradox lies within the very term of astrology, created from two Greek terms, astron, meaning ‘a star’ and logos meaning ‘a science’. The term literally translates to science of the stars, the study of the stars.

However, the term logos has many other meanings, one of which we could understand as the Divine mind.

Astrology works on principles of macro and microcosm. It is based upon the most important of hermetic tradition postulates, that of microcosm reflecting the macrocosm and vice versa.

The cosmos and the human being are taken as these two, in a harmonious unity. When we look into astrology, we would find the same base. Our lives are reflected in the stars above.

An astrological analysis is more complex than simply ‘reading’ the stars. People often expect their natal chart or a comparative or composite chart predict events and offer literal information. It is far more complex and more flexible.

What the stars offer as is a precious insights into our potentials, be it those of our personality traits, those of our relation to something or relationship with other people etc.

The Art of Synastry

You might first ask what the synastry is. Synastry is a comparative study of personalized natal charts.

It is one of the most highly demanded types of astrological analyses in modern times.

What people usually would like to know about is their compatibility with the person they were in love with or a comparative analysis of charts of romantic partners that are already in a relationship.

We have deliberately chosen the term of art, because each astrological analysis requires more than basic knowledge of astrological principles, terms and rules. An astrologer is, in fact, an artist; he or she ‘creates’ that magnificent starry masterpiece and explains it to you.

It does not mean that the astrologer invents meanings, but the skill and the love for astrology would definitely make a difference.

Synastry is a comparison of two natal charts and the astrologer has first to analyze them both separately. It is as if he or she would meet both of the individuals in real and then think about how those two could fit.

All information is to be found in those charts and the information as a whole are unchangeable. What is changeable is what you two would make out of them.

Astrological aspects are angles planets form amongst themselves in each chart, but also in between.

Synastry compares these point by point, while another type of the study, which is a composite chart, merges two charts. Synastry is an insight into compatibility on a wider plan, while a composite chart presents with possible final outcomes.

Moon in Astrology and Synastry – Luminous Planets in Synastry

Since old times, this mysterious luminous sphere has been associated with beauty, imagination, dreams and emotions.

This beautiful bright planet (for in astrology, all heavenly bodies are referred to as planets), has always been an object of adoration in ancient civilizations, such as old Sumerian, Babylonian, Greek, Roman and Egyptian.

One of the most impressive legends regarding the Moon comes from Greek mythology. According to Greek myths, the Moon, Selene, was a daughter of the titan Hyperion.

Selene was so beautiful that all the stars would diminish their heads, to borrow a phrase from the poem „Paradise Lost“, when she was about to appear on the sky. Each story about the personified Moon is highly romantic!

The Moon does not possess its own light, however. Its actual light comes from the golden, beautiful Sun. In astrology, thus, the Moon represents reflections of light or, rather, a companion to our conscious, bright and easily visible light, represented in the Sun.

The astrological Moon is associated with feminine principle, especially with the figure of a mother. It represents our need for safety, security, that warm and cozy secret corner no one should ever take away from us.

The Moon is our unconscious part, our dreams, also our spontaneity, intuition, our inner voice, our inner self as a whole.

Uranus in Astrology and Mythology – Planets in Synastry

Uranus was known as the deity of the sky or the sky itself, in Greek mythology. Uranus was believed to be the first lord of the universe, after Chaos.

The traditional insight into ancient myths teaches Uranus was the son of Gaea, the Mother Earth, who was also his wife. They had twelve children. Uranus was, according to myth, overthrown by his son, Saturn.

In astrology, the planet Uranus is associated with the idea of a beginning and it is the first of transcendental planets. Many would say it is only a generational planet and that Uranus does not play a significant role in natal astrology, perhaps not even in synastry.

However, if transcendental planets create aspects with personal planets, their influence would be more evident.

Uranus represents the present time. Its symbol is a cross of matter that lies between two semicircles, which signals the Soul being bound to Matter; it means that our creative powers of our mind we could raise our spirit on a higher level.

This is the reason to see astrological Uranus as a herald of change, of future, innovation, invention and discoveries.

This planet symbolizes originality, uniqueness, openness to new ideas, genius in us. Uranus is a patron of all those eccentric, all those who are misunderstood because of their originality, of all those that do not fit in masses.

The children of Uranus would be remembered for their ingenious mind or – for their awkwardness.  Uranus represents destruction of old and bringing in the new.

Square Aspect in Astrology and Synastry

The aspect of square is one of the major aspects in astrology. There were major and minor aspects in modern astrology, of which some are considered favorable, others – not as much.

The square is one of the latter. This aspect is a 90-degree angle between two planets. Its energy is problematic, since it does not allow those planets’ energies to flow freely and unrestricted.

It is as if one suppresses the other, making tension. There could be lack of tolerance and understanding, negative arguments and conflicts.

This aspect could be hard to deal with when on an individual level, since it represents some kind of an inner struggle if in a natal chart.

It affects synastry in similar way. However, knowing about it could help you understand the weak points of a relationship and manage them better.

Moon square Uranus is a strange connection, very intriguing in its nature. It is similar with all generally uneasy aspects between these two planets.

The imaginative, dreamy Moon would often feel strange around rebellious, inventive and visionary Uranus and it would mostly be in a strangely good way. The Moon person would usually not know how to explain what they feel.

The Moon is gently, dreamy, very sensitive and emotional. The Moon needs their dreams to be fed and inspired, since this planet is all made up out of delicate feelings and sensations.

Uranus’ originality and sudden, sparkling energy would be greatly inspiring to Moon person. As in other connections, this relationship is likely to have started suddenly.

Uranus always creates some kind of very specific chemistry between partners, when seen in synastry, be it in favorable or not as much desired aspects. It seems that its fee spirit, its undoubtedly fascinating spirit easily amaze anyone.

The problem that Uranus brings into a relationship is that its electric energy could be off and on, in terms of emotional distancing and closeness to a partner.

The Uranus person would be attracted to dreamy Moon, fascinated by the abundance of that one’s inner world, their capacity for imagination, their intuition, their flexibility and ability to explore wondrous realms of things that are not of this world.

However, Uranus also needs concrete change and would insist on them.

The Uranus would, at times, focus on the relationship; at other times, on its own ingenious visions. This makes Uranus often absent from the relationship on the emotional level, which is sacred to Moon.

The Moon’s gentle nature, the attachment to the domestic realm, its need for comfort and coziness could even annoy that bringer of change, airy Uranus.

On the other side, it could all be too much for a sensitive Moon.

Of course, this does not mean the couple has no chance of staying together or such. One thing that should definitely be taken into consideration is the question of mutual life, the domestic domain, you should see about in the synastry.

If the two have a sense they could fit well, besides these differences mentioned, it is likely they could lead an unconventional romantic life.

However, the overall instability probably reflects as a lack of habits, the absence of routine.

The Moon person could never take that easy. It is extremely likely that the couple, if living together would have problems finding compromises over their habits. The thing is, Uranus does not even want to have any ‘rules’ he or she should adapt to.

The greatest challenge of this relationship is that ever-present overall sense of instability and rebelliousness, especially on the emotional plan. The rebellious energy usually comes from the Uranus person, but it does not mean the Moon is only the passive one. The Moon is also known as instable, though in other sense.

While the Moon wants comfort domestic stability, the emotional stability is not something to associate with it.

When the Moon meets Uranus in a square aspect in synastry, it is very likely that the relationship starts almost as a surprise, without much thinking through it or about it.

It could be a sudden recognition, sudden attraction; the intuition plays a great role.

Even if the moon intuitively knows Uranus brings in that unstable, rebellious energy, it is hard to resist and, in fact, the moon does not want to resist.

However, it would depend on other elements found in the synastry. This connection is, by all means, romantic, thrilling, exciting. However, the problem is that the moon would love to frame it, to put it into their own domestic vision, to tame it, in a way.

Uranus resists boundaries and it could even feel threatened. The Moon person would find his or her own emotional needs challenged, re-questioned.

Uranus would feel the same about their actual need for being so stubbornly rebellious. The moderation is possible, although it requires great effort from both parties.

This is a thrilling relationship, filled with moments of indescribable exaltation and moments of questioning.

There could definitely be arguments over ideas on mutual life and expectations of a relationship as a whole.