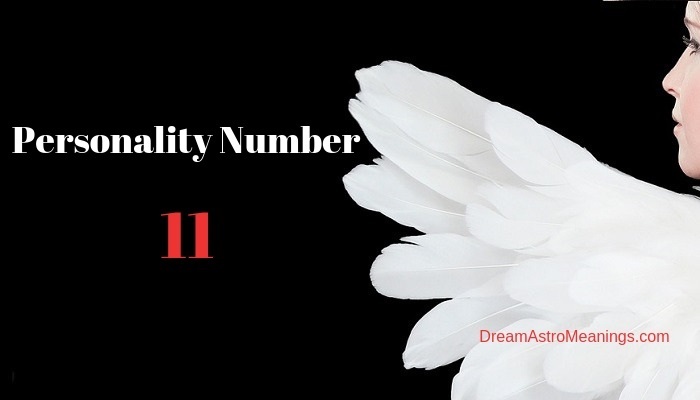 In Numerology, in addition to the numerals 1 to 9, we also have the master numbers, which are those that have two equal numbers, such as 11 and 22.

But after all, what is the meaning of number 11 in Numerology?

Each of these numbers has an increased meaning because they are formed by two figures with the same power, since one reinforces the vibration of the other.

Do you want to know exactly what your energy means? So check it out!

The repetition of a number empowers its characteristics, as if its influence was doubled in power and, precisely for this reason, is called master numbers.

Thus, among the master numbers, the most studied are 11 and 22, which are considered the ones that leave the most marks in the personality of the people.

When they appear in the Numerology of date of birth or names, they cannot be reduced, since they are considered special. Sequential numbers to them, such as 33, 44, 55, etc., can be reduced, but before that, they must be interpreted as masters.

The role of master numbers is to emphasize the positive or negative characteristics of the number at which they can be reduced. Want to find out what the meaning of number 11 in Numerology is? Then continue reading!

Not everything is flowers, however, to number 11. Its negative side offers much suffering through nervousness and impatience.

The person of number 11 presents a tendency to addictions, can be easily hurt, is excessively emotional and sensitive, sometimes having a superiority complex.

The person of number 11 can become selfish and dishonest when he has no goals, doing everything he can to get what he could not have honestly.

The number 11 is a spiritual and intuitive number, representing idealism, perfectionism, collaboration and clairvoyance. It is a number of strong magnetism, characterizing the most idealistic and inspiring people with inventive ability that are able to enlighten the world and people through their lofty ideas.

The number 11 also characterizes people who present the gift of medium or who are turned to the study of the occult, since it is a number of spirituality.

In general, the people of this number are those who offer joy and inspiration, keeping their feet on the ground to such an extent that, at times, they become inconvenient.

It may be concluded then that the meaning of number 11 in Numerology offers a strong magnetism, having everything to do with human ideals. Your intuition is your greatest strength as well as extreme sensitivity.

With respect to destiny, that is, to the path traced by the spirit before incarnation, the meaning of number 11 in Numerology represents inspiration.

They are people who have greater sensitivity and intuition, being easier to analyze the reality and its unfolding, being able to see farther than the others.

The person of number 11 is quite objective, helpful, inspirational, spiritualized, humanitarian, focused and with healing abilities.

When you specialize in a specific area, the number 11 person can become the best of your profession. One of its main characteristics is self-discipline, keeping concentration on its goals.

Generally, the person of number 11 is successful because of his composure and perseverance, since it presents a perfect combination between trust and humility, conditions that challenge him to continue working in search of his spiritual and financial independence.

Because it is a person with exacerbated sensitivity, the number 11 is able to capture more deeply the imperfections of others and the world itself, and through it, it can accumulate the sufferings and dissatisfactions of other people.

Since the person of number 11 has certain attributes that others do not have, he must use these qualities to improve his own life and that of his closest ones, helping to improve planetary energy.

In order to live better, one must understand that the meaning of number 11 in Numerology brings to its natives the chance to learn to demand less from those around them, since others do not have to do or understand everything in the same way.

More than that, the person of number 11 needs to avoid over-preoccupation with himself, learning to work like the others, even if it requires greater freedom to take action.

Combining their skills, their practicality and imagination, the person of number 11 can extraordinary results with its activity. She must rely on her own intuition, have more faith in herself, and investigate the occult, while maintaining humility and inspiring others through her example.

In love and relationships, the person of number 11 is always romantic and idealistic, always seeking to see the good side of others, even if it is difficult. She is extremely helpful and usually is not jealous or selfish.

He always seeks to approach the person he loves from his own friends, keeping him within his sphere of influence. He is a very tolerant person, always accepting and listening to opinions and ideas.

These digits are in opposed sides in what refers to the energy where the 1 represents the creativity and the 2 the receptivity and where the combination of both exceeds all other numbers and combinations.

The master number 11 is the union of the masculine force of 1 and the female cunning of 2. But what is the meaning of number 11?

The number 11 symbolizes idealism, energy, determination, strength, intimacy and many contradictions since according to what we have said; the union of two forces so big and opposite, there is constant tensions and frictions.

The eleven are usually those people who lead others thanks to their determination, energy and intuition. He usually leads teams but almost without knowing it since energy expires from all his pores.

The eleven is at a higher level when it comes to information. His state of mind is between the world of archetypes and the objective, which allows thoughts, ideas and knowledge to reach him without the need to go through a complex rational process.

Such mental agility allows him to invent and draw conclusions that others take to get there that the 11 is related to inventors, artists, leaders of any area as well as prominent figures of society, charismatic politicians, etc.

His way of being and his high intuitive load makes him get involved in self-reflection and sometimes self-criticism.

Sometimes he realizes his importance in the people around him and in everything he does. That is why sometimes he feels frustrated since his demand and expectations of him are very high.

These expectations, sometimes unrealistic, sometimes cause the objectives that are not met and this is when many lose confidence or fall into depressions.

The eleven stands out above the other digits for having a great capacity for communication, for being very charming and for his charisma.

They tend to have a preference for professions such as journalism, the world of art and teaching.

He also stands out for having a great ability to transmit knowledge and to lead talks and anything that is proposed. His way of being makes him have a great ambition to get everything he wants and succeed in the world of work.

This number postpones your goals above the rest so you may pay more attention to your work than your family environment or sentimental environment.