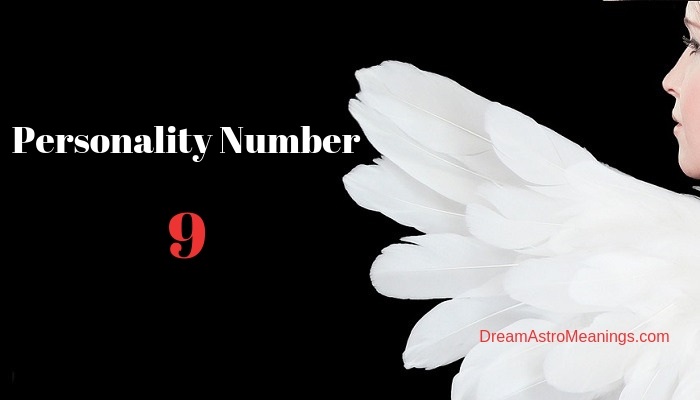 Numerology has been known for more than 2,000 years, having its origin among the peoples of Egypt, Mesopotamia, Hebrews and Greeks.

His study is directly related to the life of every human being in the Universe. Do you want to know the meaning of number 9 in Numerology?

So, check out more about the characteristics of this figure.

In Numerology, the number 9 presents a metaphysical value, having its applications and symbolism, demonstrating the end of one cycle and the beginning of another. The figure 9 is associated with altruism, spirituality and fraternity.

As it is a number of people who can understand both sides, spiritual and material, 9 represents the total fulfillment of man in all his aspirations, offering the fulfillment of all his desires.

The meaning of number 9 in Numerology represents the highest manifestation of universal love, being the number of wisdom and power of the spirit, containing the experience of all the numbers that precede it.

The number 9 is the number of humanitarian, supportive, creative and creative people, leading to activities such as writing and communication. It represents friendly, generous and emotional people.

But at the same time, the person with this number can also be possessive; having an excessive appreciation for the people they love, as well as being very consumerist.

The person of number 9 cares about others and their rights has many talents and does everything to achieve their goals, although they never want to take personal advantage of their own success.

According to Numerology, number 9 is the representative of the total realization of the human being, embracing all his aspirations and fulfilling all his desires. It corresponds to the end of the road, becoming the guardian who gives humanity the spiritual world.

Because it is a number that carries humanitarian characteristics and is focused on generosity, the meaning of number 9 in Numerology makes one feel great compassion for others and is helpful. Its association is with altruism, fraternity and spirituality.

It can be used to talk about the dedication of universal and unconditional love to all people and living beings, living in pursuit of perfection and representing the highest form of love.

It is, therefore, a number that presents great power of spiritual wisdom, since it contains all the experience of the previous numbers, having the gift to portray the spiritual fullness and being associated with the conclusion and the totality.

Numerology calculations, made by the date of birth, the person’s name or other data, can help in understanding the personality of each person. With the number 9, the aspects related to life are as follows: From the personal point of view, the number 9 is characteristic of supportive and humanitarian people, who are sympathetic and romantic, showing generosity and understanding for others.

Besides being sentimental people, they are also very possessive, having a great admiration for themselves. The native of this number has many talents and does everything to achieve her goals, although she does care about other people and her rights. His personality is strong, full of vitality.

On the professional side, the person of number 9 is one who needs to be surrounded by other professionals, always seeking to do something that can benefit others, teaching and sharing experiences and ideas.

For a person who knows the meaning of number 9 in Numerology, it is possible to say that work means much more than the money it yields each month. Its purpose is to impart knowledge and wisdom, since it is a person who forms opinions.

Among the positive points of number 9 we can consider universal love, patience in helping others, their tolerance and generosity, and feelings of brotherhood and compassion.

As negative points, it is necessary to mention sacrifice and solitude, which is a characteristic of humility itself. In addition, the person of number 9 can go through great disappointments, taking care that fanaticism does not disturb his personal and professional development.

The main characteristic of the person of number 9, however, is his ability to overcome all negative points, clinging to a concept that opens its doors to the new, and must be prepared to evolve.

These people are characterized by: The communication, the intellect, the mediation, the curiosity, the urge to explore, therefore urge for details of differentiating description. One looks for differences, is unbiased, factual, but at the same time not very in-depth, superficially descriptive, seeks to establish connections and mediates between opposites, thereby holding back his own commentary; unintentional, neutral in feeling, emotionally restrained, honest, distant, does not want confrontation, democratic, tolerant, eloquent, communicative, always seeking solutions verbally.

Those born under this constellation have the following numerological characteristics: Reason, adaptation to circumstances, critical observation in order to consciously adapt the behavior to the conditions.

Responding to living conditions carefully, realistically, sensing dangers, perception through observation; love investigations, analyzes, diagnoses; strong commitment to tasks, doing work more task-related, less dependent on people, hardworking, conscientious, down to pedantry, love and often lose themselves in details, looking for mental safety; live according to plans and goals, do not like to improvise, look for comprehensibility, for the benefit of things, behave, dutifully, want to be exemplary.

For a long time this number stands for universality. While the 1 was considered to be included in all numbers, and therefore was not considered by the Pythagoreans to be a number, the 9 was able to turn into any number, and yet remained the same. It symbolizes therefore the last imperfection before the perfection (of the 10). As the last of the single figures making up everything, it stands for a comprehensive worldview.

The biblical meaning of number 9 in the Bible is a name that has a very strong symbolism. This number is associated with wisdom and the search for good for all. It is said that this number has small features of all the other numbers, which makes it the most complete.

It is a number that has been considered the number of God and has an intimate relationship with the facts and human evolution. It is also said that human cycles are measured in 9 years, every 9 years is renewed and a previous cycle is closed.

With the number 9 we can find its negative part, in this case the 666 (the number of the beast). It is described that these numbers have an eternal struggle between them. In the Book of Revelation 14: 3 we can read that the 144,000 redeemed will be those who have engraved on their foreheads the mark that shows that they are the children of God, that is, those who fulfilled their mission.

The biblical meaning of the number 9 also tells us that it is the test of love towards others. It is a number that does not distinguish between races or sexes. People who possess this number are told that they have been chosen for peace missions with humanity.

In its spiritual significance this number indicates a special personality, very human persons who seek the common good. It is said that people whose personal number is 9, have very high life projects that are far from the typical desires of most beings.

The number 9 is therefore a very broad vision of the human being, a vision evolved with a mission and relationship with God.

The personality under number 9 shows a self-contained person who fulfills his life’s tasks with composure.

He accepts and is balanced, but sometimes he misses the right moment to intervene. They have the ideal of a harmonious world in which one respects each other.

Helpfulness and charity are important cornerstones in your life. You are a very selfless person, who worries above all about the welfare of his fellow man.

You can feel good in your fellow human beings; have a sense for the needs of others. They see the good in everything, even if the facts sometimes speak against it.

This, however, is the danger that you will be exploited. Their learning task is to take care of themselves more, to put their own needs in the foreground.