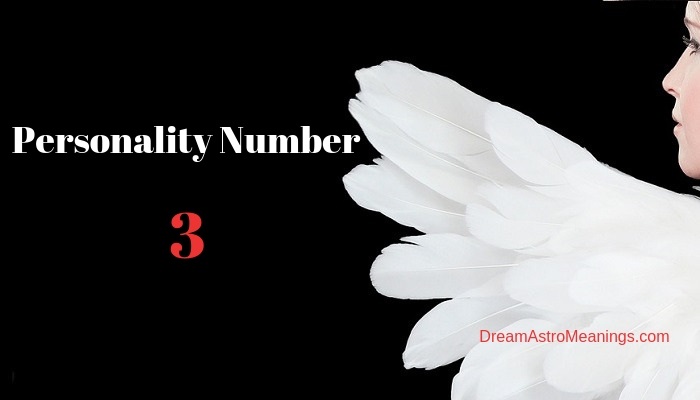 Numerology existed for hundreds of years and there is much more to it than many people think.

It would be wise to know all of your numbers, those that are part of the name and the surname turning the letters into numbers but the simplest calculation is that of the Personality number, is already a useful indication, although it is the interaction between all the numbers to outline a complete and consistent profile, if a person has the 1 in the destiny will certainly have the characteristics of the number but if in the other positions there should be 7 could be directed towards a more introspective and spiritual path and adding 2 could be a leader more sensitive and less decisive, there are many variables, as many as numbers.

First evolutionary step In this first phase, the Three is attracted by everything that can give him play, fun and pleasure, he still expresses himself in a superficial way, he lives on the water’s surface and does not like to go down deep for any question. He is typically extrovert and talkative but in a frivolous way, he has not yet matured his self-consciousness nor initiated a spiritual development.

Second evolutionary step Now begins to have perception on its abilities and interacts in the reality of daily learning the ways to express their talents. The creative skills are his strong point and uses them in art and communication, so he starts to give life to his destiny.

Third evolutionary step At this point the Giullare enters into relationship with his own inner divine and awakens in himself the gift of knowledge can become a healing instrument through art and creativity, also creating new ways to enter into a relationship with others, thanks to this ability to communicate can be an enlightened spiritual guide. C is the numerical equivalent of 3.

Endowed with creative intelligence. Index of rapid comprehension of the concepts learned, faculty of synthesis and good memory, curiosity and a lot of cerebrality that is propitious for intellectual life. Adherence to reality, nervousness but with rich vitality, active impulse, pride and ambition.

Possibility of achieving inner balance. Patient and full of respect for the neighbor is also a tenacious worker. He loves simple things, has a lively and constructive intelligence and knows how to combine the achievement of concrete results with the yearning for spirituality.

The letters C, K, X, have as their occult meaning creativity, for which they are particularly favorable to artists.

The number is obtained by adding the numbers of the date of birth and reducing them to a single figure apart from the Master and Karmic numbers.

The Three, for the Celts is considered the perfect number, triple manifestation of the One God, Strength, Wisdom and Love. The Triad or Hung, as it is recognized in China, represents Heaven, Earth and Man. The Trinity, in Christian dogma, is the idea of ​​a “one and three” God, Father, Son and Holy Spirit.

Christian Gnosticism hands down that God as the One, the Monad, the First Ae that emanated in the beginning two Aeons, the male Caen is Power and the female Ankhana = Truth, Love, from which successively further pairs of Aeons were issued in succession.

The last of these couples is made up of Christ and Sophia. God is therefore Father and Mother at the same time, because in God there is the origin of both the Principles, the Masculine and the Feminine.

The third letter of the Hebrew alphabet is Ghimel. Its function is Rotation. Life, the Universe, is dynamism, evolution. This feature sets in motion all the energies and potentials that are in Alef and Beth.

When we feel in our dreams and we move in everyday life starting from dreams, from projects, from the beautiful and regal images that are in our heart, the energies of the mind and of the body are put in “movement” are activated, driven by the passion, by the enthusiasm that animates our spirit. Ghimel is “Rotation”, it starts rotating, therefore loose, free from friction.

“The number Three” possesses the spirit, is the compendium of the One and the Two, is a complete number, which is expressed by action and speech. Its characteristics are creativity, the expression of oneself, of one’s potential. In the Three the predisposition to art is highlighted, those who work in the theater and in the show certainly have three in profile.

The talent and ingenuity are characteristics of the jester, any activity in which good taste, talent and expressiveness are required, are suitable for this multifaceted character, able to invent life instant by instant.

Communication is also its quality, it is master of the use of the word that can express in public relations activities, or as a skilled salesman. It has good innate taste and is therefore brought to the sectors of fashion, design or advertising, and even all those activities in contact with the public, naturally does not like repetitive work.

For the sympathy and the good mood that can transmit to others is considered a precious friendship, in the company is easily at the center of attention, with its sociability and extroversion.

The number 3 is responsible for influencing the expression and the sensitivity of the people with regard to Numerology. Its symbology is linked to the symbology of the triangle, which is a significant geometric symbol for Freemasonry.

For this secret society, the three gather the ideals necessary for the spiritual maturation of its members: faith, hope and charity.

In the theory of the philosopher and mathematician Pythagoras, it represents perfection. This is because it is the sum of the one, which means unity, and of the two, which means diversity. It is also the perfect number for the Chinese. For them, it is the junction of heaven and earth, from which mankind results.

The number three represents the divine unity. The Holy Trinity for Christians (Father, Son and Holy Spirit) is one of the principal examples that show the sacredness of this numeral.

For the Greeks and Romans, the divine manifestation stems from a trinity of which Jupiter and Neptune, Pluto and Zeus, Poseidon and Hades, respectively.

These gods are represented with things that have to do with the number 3: the ray of Jupiter, the trident of Neptune and the dog of three heads of Pluto.

Also the Hindus have 3 main gods: Brahma, Vishnu and Shiva. Likewise, the Egyptians have Isis, Osiris and Horus.

In addition to the divine manifestation, several things are represented by three elements. Examples are the cycle of life (birth, life and death), the three Magi, the resurrection of Jesus on the third day, the fact that Peter denied Jesus three times, among many others.

Personal Number 3 represents the path of life, the key to living well and realizing our profound nature.

Considering how many and which are the numbers that are part of a numerological study, we must consider the number of destiny as an important indication, representing the complete image of the person on a physical, emotional and spiritual level.

This number will increase its importance in our life, during our journey, both unconsciously, through circumstances apparently not decided by us, both consciously through the action of our will, sensitivity, thought and action.