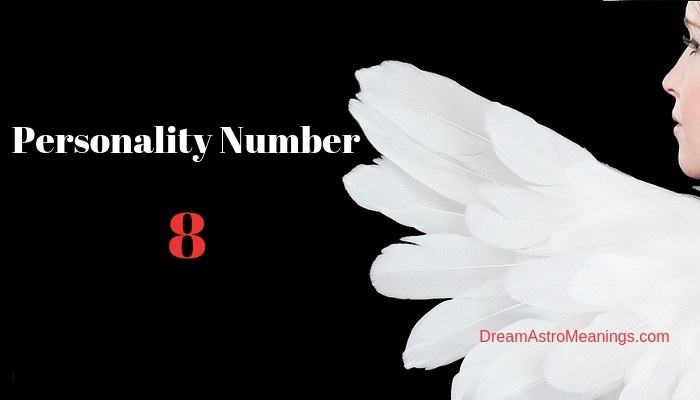 Numerology is considered to be fun for some people but there is so much more to this ancient tradition than you might think.

Numerology is a tradition and practice that has been transfered from one generation to another for centuries, all the way until modern times.

To understand the meaning of number 8 in Numerology, some studies have been made that have come to a conclusion. This figure is associated with prosperity and victory, power and financial management.

Thus, the person of number 8 always seeks prestige, driven by a legitimate ambition, based on ethical sense and justice. Do you want to know more about the people represented by this number? So check it out!

The meaning of number 8 in Numerology represents rebirth, renewal, regeneration, characterizing working people who know how to manage and who make any kind of sacrifice for what they believe. They are demanding and ambitious.

At the same time, however, the person of number 8 appears very cold, materialistic, with difficulties in demonstrating their feelings. This is because they are people who struggle fiercely for what they want, both materially and spiritually.

Always maintaining a lot of self-confidence, sometimes becoming arrogant, the person of number 8 is very disciplined, intelligent and domineering, always trying to impose his ideas.

At the same time, it is someone who does not usually disappoint his friends. Let’s understand a bit more about the number 8 and its influence on the lives of the people who carry this number, either through the calculations of the date of birth or the numerology applied to its name.

In Numerology, the number 8 is intrinsically linked to justice and balance. It is a number that leads to mediation, since it has its value between heaven and earth, between the circle and the square, a condition that gives it a position of intermediary in life.

The meaning of number 8 in Numerology is connected to infinity, which has the symbol 8 in the horizontal position, that is, lying down. Because of this symbolism, it is a number that represents the unlimited, it shows a flow that has neither beginning nor end.

This characteristic of number 8 leads him to be associated with the very condition of the human soul, which passes through birth, through life and death, always returning to the planet, involving itself in a duality between physical and spiritual, between matter and spirit. Very present and quite strong in Eastern culture, the number 8 is a representation of value and sacred power for the Japanese, who consider it a lucky number. Among the Chinese, the 8 is written with two straight lines that open, considered as opening of luck.

In Catholicism, the meaning of number 8 in Numerology represents the miracle of the resurrection and transfiguration of the body of Jesus Christ, representing the beginning of a new life. In the tradition of Jewish Kabbalah, it is the number that represents the completion of creation and the beginning of a new cycle. In the Tarot cards, number 8 is represented by Justice and Balance, indicating analysis, weighting, rigor and rationality, the reception of what is done and practiced.

The person who receives the influence of number 8 has economic prosperity in his path. It is a practical and materialistic person, who has the power to control and administer, being a leader. His profile is determined and hardworking and his characteristic environment is the corporate one.

In Name Numerology, 8 represents the sense of self-confidence and justice, indicating a person who has the ability to handle money. Power and ambition go together with the person of number 8 in the professional aspects, reflecting the environment in which he works.

The meaning of number 8 in Numerology seeks to surround itself with influential people, whom it leads with efficiency and capacity, making them develop professionally.

A person of number 8 is influenced by constant challenge.

However, at the same time, she is also someone who has difficulties expressing her feelings, often being harmed by materialism and ambition, which leads her to show a certain arrogance.

The person of number 8 also shows positive influence in their personal relationships, putting all their commitment mainly in the professional field, although the spiritual side is not left aside.

For a happy, partnership bond these people are mostly their own beliefs in the way. In a relationship, they tend to take the lead and feel responsible for everything. The way they take on this leading and determining role can be obvious or subtle. For example, they leave no doubt that their decision alone counts, no matter what their counterpart does or says.

Sometimes this personality identifies intensely with their dedication and willingness to do everything for their family, partner or children. Out of this attitude, she often unconsciously awaits recognition, appreciation, and consideration for her needs, even if she does not openly demand that.

These people should learn to accept others. They need freedom and recognition. If they are over-constrained by family structure and parental control, the pressure they feel may produce psychosomatic symptoms. When the 8s stop fighting and realize that everyone is allowed to be who they are, they find their inner balance and place in the family.

Tolerance and understanding could thus enable them to reconcile with the family system, in which they see themselves as strangers and for the time being find no clear place for themselves.

The dual nature of this number still stands for other opposites: destruction and renewal, disappointment and hope, practical thinking and generosity in planning. This ambivalence alone proves the form of the figure: upright, it shows the two circles of self-sufficiency.

A central role is played by the Achter in his professional position, which he uses to be productive and make a financial gain, but not to exercise power.

Nevertheless, he must fight against the tendency to authoritarian behavior. The pursuit of material recognition often overshadows his idealism and his principles. When he feels how unfairly the needs and rights of others are handled, it can generate a strong social commitment.

In their careers and in their personal development, people with this lifecycle often experience either success stories or painful defeats.

One of the biggest challenges of her personality is to believe in yourself and to discover your own talents and your own greatness. Carried by self-acceptance and self-esteem, they have the potential to successfully write their personal story at all levels. If this does not happen, the 8th is at greatest risk of paralysis and even take on the victim role and thereby retire more and more.

The independent and in many ways proud personality of the 8s often leads these people to lead a life as a single.

However, when they have decided to form a partnership, these personalities are able to relate and are ready to take responsibility for the relationship and life together.

The relationship ability of the 8-person is supported by a honest, inner dialogue and their self-knowledge.

Very often these people experience an inner struggle between the loyalty they feel towards their families, children or others, and the urgent need to develop themselves.

The person represented by the number 8 has a lot of strength, charisma and is an exciting personality, very own, powerful and lively. For this reason, he is often not understood and perceived in his family system.

The eights seem very independent as children and are a real challenge for their parents.

For these individuals, it may be essential to view their family system issues as part of a family constellation and to recognize their role in their family of origin, as they often take on the same roles in their future relationships.

If number 8 is your personality number then there is plenty of characteristics you can use and put them to work in your advantage.