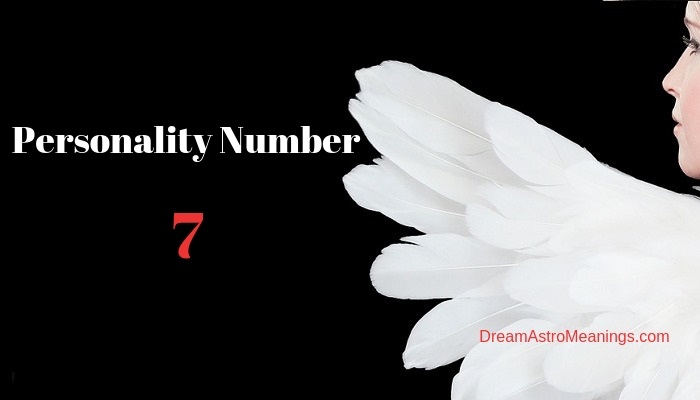 In Numerology, the number 7 represents perfection, the perfect integration between the physical and spiritual worlds, thus being the symbol of the changing Universe. But their interpretations go far beyond.

Want to know the meaning of number 7 in Numerology and the Personality meaning? So, find out now why it is considered the number of mysticism.

The number 7 is associated with spirituality, introspection and occultism, relating to reflection and wisdom, with the search arranged on the mystery of life, on scientific knowledge and on intelligence.

A person of number 7 can, however, be very inflexible, cranky and quiet, showing sarcasm. He is generally a wise person, who thinks deeply about all things and is interested in mystical matters.

Although this person looks cool and calculating, the person of number 7 is very demanding, both with herself and with the acquaintances and relatives. She likes neat surroundings, always escapes from noise and agitation and allows herself to stay very concentrated.

The person of number 7 is a lover of nature and of animals, showing great sensitivity to distinguish between right and wrong, resenting himself too much with any kind of injustice.

In Numerology, the number 7 has a great importance, mainly because it represents the mystical and occult side.

Who has the number 7 is guided by the desire to understand the world and people and seek greater development for their spirituality.

Among all others, the number 7 is the most mystical and most connected to spirituality and to the knowledge of the occult, according to the number of perfection. It can be found in the most diverse rituals, myths and religions.

The meaning of number 7 in Numerology is associated with magic and the mystical side of things, and can even be found in several cycles of our life, such as the days of the week, the phases of the Moon, the menstrual cycle, the colors of the rainbow and musical notes, among others.

In this way, everything shows that the number 7 is the bridge between the physical and the spiritual, since it also belongs to the natural phenomena, while demonstrating the mysteries of the Universe. The star is the mystic symbol related to the number 7 and its colors are violet and purple, both intrinsic to spirituality.

As a stone, the 7 has the amethyst, mineral also known for its characteristics of developing mental abilities and openness of spirit to new knowledge and experiences.

A person of number 7 needs to take some care not to unbalance his own energies in function of the others. Because you are very fond of helping, you may not realize that you are getting involved in problems that are not part of your life.

Being very attached to spirituality, the person of number 7 also has the ability to influence the mystical and psychic capacities of other people, since it is easier to understand the feelings of others with their keen intuition.

The person of number 7 will always seek better explanations or means to fill an existential void, seeking guidance to understand the chaos of the Universe. His spiritual progress must be sought in reconciling his intellectual side with his intuition.

In personal life, the meaning of number 7 in Numerology has a great influence on knowledge, research, and reflection.

The person with this number likes calm and tranquility, valuing development and seeking intellectual challenges to learn more about the world and about them.

The person of number 7 is always very introspective, since he spends most of his time on his thoughts.

Because of this, you must be careful not to become isolated and arrogant, or even timid, as your way of seeing life is different from the others, and you may seek out totally different points of view from the people around you.

Professionally, the person of number 7 likes artistic activities, since they can appreciate the creativity with more calm and attention. His skills can be developed in dance, music and drawing, which require dedication and perfection.

Even though they spend most of their time with the intelligentsia, native people know that the influence of the meaning of number 7 in Numerology is quite compassionate, caring about the people around them, which can lead them to the professions they offer assistance to others, since they tend to volunteer for social projects.

In order to show the importance of the number 7 from the primitive peoples: the Chaldeans built seven cubical envelopes in the tower of Babel, considering this work more sacred than others, for the roof of this building was intended to connect Earth to Heaven.

At that time, 7 great stars were known as more active than the fixed stars: the Sun, the Moon, Mars, Mercury, Jupiter, Venus and Saturn.

They believed the ancients although seven would have been the plans consecrated to one of the Secondary Causes that organized the Universe. It is to these causes that it is attributed to the Work of Creation, as it appears in the various cosmogonies, of which the Hebrew Gnosis is a particular species. Such coordinating causes have their consecration in the 7 days of the week, a submultiple symbol of the seven epochs of Creation, whose worship goes back at least to the Babylonian civilization.

The ancient philosophers distinguished seven distinct influences that were manifested in every organized being, whether it be the Macrocosm (celestial world or large worlds), or the Microcosm (terrestrial world or small worlds) represented by the human, animal, vegetable, or mineral individual.

The differentiation between the two cosmos would be in the existence of a higher nature, as a consequence of a vibratory chord with the seven notes that form the range of universal harmony. To know such notes is of utmost importance to the one who wishes, as Pythagoras preached, to claim to hear the so-called music of the spheres. Descartes, a French philosopher, related seven human passions: admiration, joy, love, desire, hatred, sadness and hope.

Although we are educated in the existence of 5 senses, in fact they are 7: smell, taste, sight, hearing and touch; the sixth would be the mental perception and the 7th the spiritual understanding.

The notes correspond to the 7 days of the week which, together with the religious revolutions, continue to consecrate the divine symbolism, conceived more than 5000 years ago by the wise. Studies show that there are seven men of the same race who are clearly characterized both physically and morally. In the field of morality, there are the so-called seven capital sins: pride, laziness, avarice, greed, envy, lust and anger.

What being is constructed is what is called personality, which is a synthesis of a physical, emotional and mental body.

Number 7 is definitely one of the more interesting numbers in numerology. This powerful number represents a unique personality and someone who is willing to change things in their life to succeed.

Calculate your personality number and see how this number can give hope and faith in the future that is yet to come.

When you get to know yourself and your abilities more, it is much easier to find things that suit you and things that you can achieve if you work hard enough.

Number 7 is special in many ways and so is you as the person represented by this number.