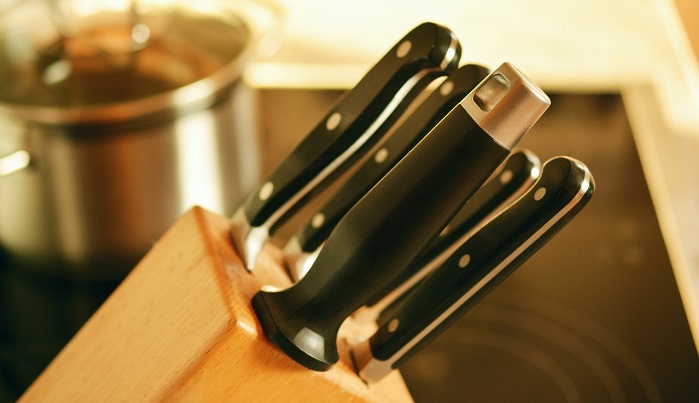 Many objects and artifacts have interesting and rich symbolism, especially tools, weapons, precious items and jewelry.

Knives are just a type of dream objects we talk about. Knives have been used since prehistoric times; our ancient ancestors have made first knives out of materials they have been in touch with.

A knife has made their life much easier, but it also turned into a dangerous object that could harm other people, as well. Symbolism of knives is full of obvious and hidden messages.

Therefore, dreams about knives are many and greatly varying in their meanings.

In order properly to interpret your dream about knives, you have to recall at least the most remarkable details from that dream. The very basics are details about appearance of the knife and its use.

Secondly, where the knife was? Were you using it? Was somebody else using it? For what purpose? I

n general, dreams about knives are disturbing, because, no matter what type of a knife we talk about, it could be used both for good and bad things.

Knives are objects of dual nature; they could either serve the purpose of various crafts and skills or hurt somebody (including yourself, while handling it).

This dual nature of knives makes them dual in symbolism.

Knives are a symbolical motif of complex set of meanings, so it is important to always put them in context, while interpreting dreams or else.

In following lines, we will give our best to present at least the most common variations of dreams featuring knives as a dominant motif.

Dreams about seeing a knife 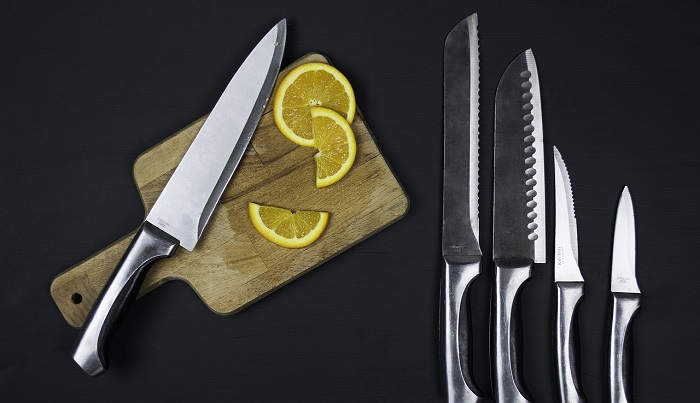 A knife in your dream could symbolize different things. However, generally, a knife as a motif in dreams represents treachery and betrayal. If you only see a knife, it could be a good warning sign to pay more attention on what is happening around you.

See if anyone acts suspiciously, if someone you generally trust keeps avoiding you and watch about similar signs of possible backstabbing, especially at your workplace or so.

A knife could also symbolize something similar, but not negative. It still represents lies and deceit, but for a greater good.

It means that you will be the one to lie to others, but not because of mere vanity or some negative reasons. You will have to lie to someone, in order to save him or her from harm.

Maybe they will find out you have lied, without knowing why you would do such a thing in the first place.

Dreams about a big knife

If a knife in your dream was a big one, even over-sized, uncommonly large, it means big lies are around you are about to be said or discovered.

It is usually interpreted as a symbol of a lie that comes from your side; the benevolent lie you would probably have to say, in order to spare someone you care for from something bad, unnecessary and unpleasant.

The bigger the knife, the more complex the situation you will find yourself in and the greater lie. This is a sign of an unpleasant situation, which will definitely turn out bad for you, in a way.

That is because people you have lied will discover what you have done, but not why.

The dream could also make you reconsider your and tell the truth instead, no matter how unpleasant it is. This dream could serve as an useful guideline.

Dreams about a pocketknife

Dreams about a pocketknife reflect your direct, just and open personality. You will never let others manipulate you and you will always speak your mind, no matter if others like what you have to say or disagree with your opinion.

You are a type of person who stands their ground and would always defend their cause. You do not like to make compromises.

This dream should remind you of those traits and make you realize what is good about them and what is not.

Sometimes, your straightforward attitude could appear dangerous and threatening to people; you could unintentionally hurt someone you actually care for.

A pocketknife is a symbol of quick temper, rush, thoughtlessness, as well. Mind your attitude and control your temper.

Dreams about a rusty knife

Dreams about rusty, damaged and ruined objects and places are commonly associated with negative things, with illness, misfortune and misery.

Dreams about a rusty knife are particularly bad.

If you have seen a rusty knife in a dream or, even worse, if you have cut yourself accidentally on a rusty knife, it means you will fall physically or emotionally very ill.

This dream suggests either your physical health will be in serious danger or your emotional state will be affected in a negative way.

Dreams about rusty knives are ill omens and they could rarely carry positive messages.

This dream suggests you should take better care for yourself. Be careful about your health and try not to fall into despair, if the illness is of emotional nature.

Dreams about a bloody knife

Dreams about a bloody knife symbolize disagreement, fight, conflict and confrontation, in general. This dream probably reflects frustration and anger you feel in reality.

However, it actually suggests you should stay out of arguments, at least until you cool down a bit.

Otherwise, someone could get seriously hurt, even physically, depending on a type of disagreement.

A bloody knife always represents confrontation. It usually means that you could be the one to get really hurt, so it is a good warning sign. A bloody knife in dreams could also mean that you are about to by hurt by someone you would never suspect.

This is a dream that symbolizes betrayal, disappointments and broken relationships. It is not a positive dream, but could be helpful.

Dreams about holding a knife

If you dream about holding a knife yourself, it means that you have many problems in your waking life you do not know what to do about. You would very much like to cut them down and leave them behind.

Most probably, the problem is related to a relationship you have in reality. Deep inside, you feel as if you would like to break that relationship, but the idea is still unformed.

You feel it, but you doubt that feeling.

This dream is not negative, but could be uncomfortable, because it makes you reconsider important relations you have with people. It makes you doubt what you really want from such a relationship.

Maybe you feel that the person has changed and that he or she became distant, even hostile towards you; you do not want such a connection anymore.

On the other hand, dreams about holding a knife reflect suppressed anger and helplessness.

You are angry with someone from your environment; it could be anyone, even your closest ones. You feel helpless, because you do not know how to clear things up, especially if you are mad at someone from your family, your partner, best friend or so.

You should stop and ask yourself what is it that makes you so angry; maybe it is something about you, not the people you are angry at.

Maybe you see your negative traits and sides in those people, so you wish to harm them, while, in reality, you actually want to hurt yourself.

Dreams about somebody holding a knife

If you dream about another person holding a knife, it means you either feel threatened and endangered in reality or as if you are losing control over your life. You feel helpless and you realize other people are messing up with your decisions and actions.

The only one to blame is yourself; you have allowed them to do so and to manipulate you.

On the other hand, this dream could mean someone wants to stop the communication with you; somebody does not want you that present in his or her life. You are afraid of being pushed away and rejected.

However, you should ask yourself why somebody would want to do so in the first place.

Maybe you have said or done something they cannot pass over.

Dreams about finding a knife

Dreams about finding a knife are a rare type of positive dreams about knives.

This dream means you are about to hear surprising, unexpected good news or to experience something like that.

It could happen that you will discover you are incredibly good at something that you have never even thought about.

You have skills and talents that are precious; you only have to recognize and make use of them.