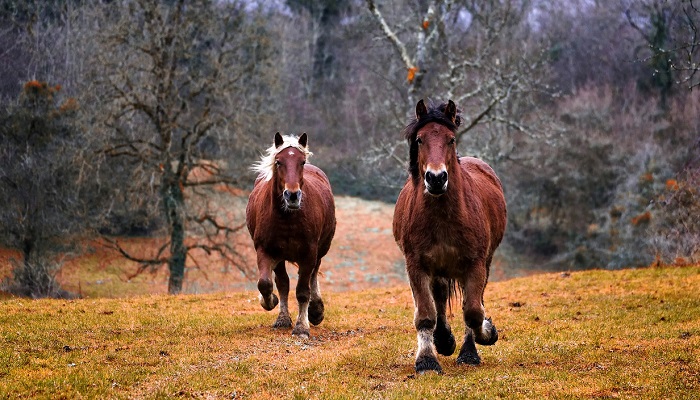 Strength, power, rule, success and victory are some of the values humankind has always been aspiring to.

We have so far invented numerous ways to build ourselves up, to reach glory and to glorify, to lead and to follow, to be honored and to respect and so on.

Nothing of these go without ideas of strength and power, which are both our tool and goal.

There have been numerous philosophical debates, theories, tractates, speculations and whatsoever on the idea of strength and everything related to it; still there are many new ones.

Where our strength is coming from? Is it only physical or mental strength or is it both? Are we strong if we are never afraid or is it that we are stronger if we go against and in spite of all our fears? Are there many types of strength?

All of these questions have many answers. The truth is, there is no certain, ultimate and exclusive definition on what the strength itself is.

One thing is, however, certain; there are indeed many types of strengths.

Since far past people have been trying somehow to improve their strength through various channels.

For example, someone’s mental, spiritual and inner strength could be improved by enriching knowledge, through meditation, through various types of spiritual and psychological approaches and so on.

Our physical strength is improved through exercise, physical challenges, diet and else.

However, people have also always been intrigued by mystical ways of improving or getting strength in any sense.

Spirit animals of strength and power 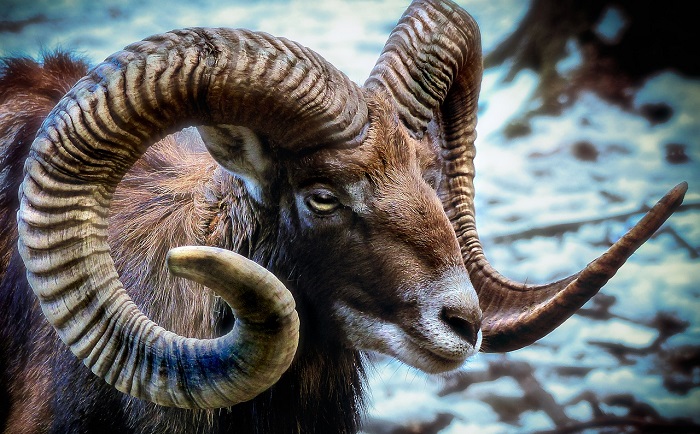 For that purpose, we have imagined and invented various spiritual and mystical strength boosters, to say so. Various cultures believe in talismans, guarding and guiding spirits, divine forces that somehow grant us strength and protection, numerous symbols and so on.

Beliefs of spirit animals are definitely a powerful way to encourage strength in our kind.

We believe spirits of certain animals protect and guide us as both as members of a community or as an individual.

For example, native tribes have totem animals, settlements have their mysterious protectors, an individual could be guided by his or hers personal spirit.

In modern times, people are less likely to believe in spirit animals seen that way.

However, old beliefs and superstitions live on, disguised in many contemporary designs, decorations, logos, art, fashion and so on.

For our today’s inspiring talk, we have chosen ten animals that are commonly seen as powerful, wonderful and breathtaking symbols of strength, all around the world.

One of the most inspiring, but also one of the most dangerous animals on our planet, bear has always been considered a symbol of unrestrained, raw strength and great stamina.

Bears’ massive bodies, with their big pars, claws and thick fur surely provoke mixed feelings in us; we admire their impressive looks, but are afraid of them, at the same time.

Many different traditions throughout history have had beliefs about strong people turned into bears or vice versa. It has also been believed that wearing a bearskin would grant the wearer extreme strength and even invincibility.

For example, brave hunters would wear bearskin, in order to get spiritual energy from the bear totem.

In shamanic lore, bears have been associated with awakening of our unconsciousness, with supernatural strength, transformation and power in general.

Japanese also add the attribute of generosity to these mighty mammals.

Known as the king of all wildlife, lion is definitely one of the most popular symbols of strength. This amazing big cat is seen royal, beautiful, strong and dangerous. Lions have always been seen symbols of not only strength, but also pride, bravery and rule.

Throughout history, lions have been adored by numerous cultures, amongst which are some of the greatest historical ones, including Ancient Egypt, Greece, Rome and Persia.

Lion is one of the Zodiac signs, with people burn under it seen as natural born leaders, people with strong integrity and determination.

Elephants are, perhaps, one of the most widely known symbol of incredible strength, but noble, quiet one. Elephants are rarely ascribed aggression, violence or blood thirst, unlike lions, bears, wolves or other animals representing strength. Elephants are seen wise, noble and powerful animals.

In India, they are seen sacred animals. The god of fortune, abundance and wealth, Ganesha, is depicted as a man with an elephant’s head.

They embody the idea of quiet strength and power, the one that is seen on the outside, hiding gentle and kind heart.

Unlike bears or lions, for example, wolves are not that big and their strength lies in both physical strength of an individual and the strength of unity, a pack.

Wolves have been seen rulers of wildlife, forests, all animals and birds. Wolf is a common totem animal in many native traditions. Old Slavic folklore, Native American lore and other shamanic traditions especially like wolves.

There are various wolf legends, speaking about this animal’s strength and spiritual powers.

In Nordic mythology, there are several mythical wolves, all of them seen powerful beings.

Perhaps the most widely known wolf myth is the one about the she-wolf who took care about the famous twins, founders of the city of Rome.

All big cats deserve to be enlisted as powerful symbols of strength, no doubt, but tiger is definitely an exemplar that stands out.

This beautiful, majestic big cat has been associated with ideas of strength, power, royalty, rule, leadership, wealth, richness and prosperity since old times.

However, this amazing animal is sometimes also seen a merciless and cruel one. In Asian traditions, tigers are seen ultimate rulers of all other animals. To Chinese, tigers represent the same as lions do to the rest of the world.

In Chinese tradition, there are several powerful sacred tigers, all of them seem mighty and worth of admiration and respect. Tigers represent ultimate, divine power.

These wonderful big cats are commonly seen symbols of masculine power, longevity and fortune. It is believed tigers chase away evil spirits and keep the world in balance.

Just as lions and tigers are commonly described as rulers of forests and jungles, eagles are seen rulers of skies. This majestic bird is one of the strongest symbols of liberty, freedom, authority, integrity, power and strength.

No wonder it is one of the most common heraldry motifs. Eagles are birds of prey, skilful, agile and fast sky hunters.

In almost all of traditions around the globe, eagles are considered symbols of strength, power and royalty.

Eagles are identified with concepts of bravery, knighthood, nobility, royalty and divine forces.

It is one of the most widely present solar symbols. It is the most common motif seen on standards of numerous powerful empires and both historical and contemporary countries.

If there is an animal that could embody both ideas of incredible strength and irresistible gracefulness, than it is a deer. Deer have always been seen amazing, inspiring and perhaps some of the most beautiful animal symbols for strength and power.

However, they do not lack courage and strength. Deer represent unrestrained spirit, freedom, wild energy and spirituality. Deer symbolism is particularly strong in Celtic and Germanic tradition.

A good example is Celtic Cernunnos, a deity that represents masculinity, strength, power and fertility. He is considered a protector of all wildlife and forests.

Deer are also associated with kindness, mercy, love and loyalty. This wonderful antlered animal is perhaps one of the best examples of symbols that embody the idea of strength as seen as merciful and kind, not violent and aggressive.

Gorillas appear dreadful to us and the indeed are dangerous, if you bother them. Gorillas represent strength, masculinity, leadership, dominance and determination. A silverback gorilla is ultimate symbol of rightful and just leadership, honor, protection and rule.

He is the leader of the pack, but also a wise and noble protector and guardian. Gorillas take care of one another, so they also represent support, bonds and loyalty. Gorillas do not only represent masculine energy and raw strength.

They also stand for motherhood and safety.

Females take good care of their little ones; they have a connection rarely seen in animals’ world.

Gorillas also embody the idea of unity, community and responsibility. Gorillas are quiet animals, most of the time. Their strength does not lie in open aggression and attack. Overall, these giant apes represent noble values.

They are seen strong and dominant, but never tricky or maleficent.

A ram is also a powerful symbol of strength and power. This amazing animal is associated with stamina, endurance, stubbornness, determination and focus; it is seen particularly a mighty symbol of strength, all around the world.

This horned animal stands for raw strength and it is associated with qualities of a warrior.

Rams have always been associated with fire and flame of hope. They are seen symbols of persistence, incredible boldness and not giving up.

In Egyptian mythology, rams are associated with one of the mightiest deities, the powerful Amon Ra.

Ram, or Aries, is a powerful zodiac sign. People born under this sign are thought to be dynamic, self-confident, executive and very strong willed.

Horses have been admired by people since very old times. These beautiful and noble animals have central position in numerous traditions, mythological and religious systems all around the world; they are also a common motif in art and literature. Horses represent noble values, pride, strength, power, freedom, endurance and elegance.

During medieval ages these animals were the ultimate symbol of knighthood and chivalry.

No wonder this beautiful animals has commonly been seen mighty and divine; horses were ascribed many additional features and powers in legends and mythology.

There are centaurs in Greek mythology, the famous winged horse Pegasus, then unicorns and others. All these mythical and magical beings possess positive aspects ascribed to real horses.

Horses have been associated with both energies and mysterious powers of darkness and light. A white horse is, for example, a symbol of freedom, light and it is a solar symbol.

Black horse is considered a lunar symbol, associated with mystery and night.