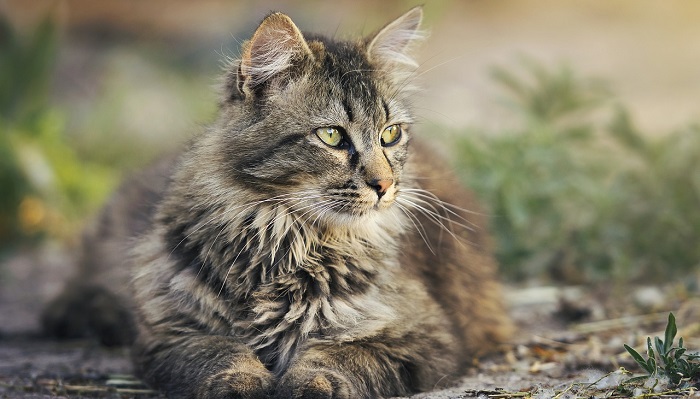 When they talk about cats, people have in mind small, furry, and carnivorous mammals from the cat family (the felids). They are also known as domestic cats and have a similar anatomy to other felids.

There are two main theories as to how cats become domestic animals. The first one, claims, that people tamed cats on purpose to help them get rid of mice and other vermin. The other one says that people tolerated cats so they gradually begun living around people.

Cats have flexible bodies and sharp claws they use to catch their prey. They also have very quick reflexes and have excellent hearing. Cats are able to hear sounds humans cannot. They also have an excellent vision and see well in almost complete darkness.

Cats hunt alone but can also be very social. They have various means of communication, such as meowing, growling, hissing, purring, etc.

Cats are a favorite pet animal. They share a common ancestor with the big wild cats, like lions and tigers. Their behavior is similar to wild cats, and they are able to survive in the wilderness without much trouble.

A male cat is called a tomcat or simply tom. The young are called kitten.

Cats walk on their toes and are able to make very precise steps and move almost silently. Cats have a special “cat walk”, moving the legs on the one side of their body before the pair on the other side. Giraffes and camels also have such a walk.

Their claws are retractable and protected by their skin and fur when they are not in use. They use the claws for hunting, climbing, defending themselves, etc.

These creatures are able to tolerate very high temperatures, up to 56°C. Cats can also conserve their heat by reducing the blood flow to their skin and lose some heat evaporating through their mouths. They also sweat minimally, which is one of their many adaptations to preserve water.

These animals are carnivores and they have difficulties digesting plants. They need a lot of protein in their food. Their digestive system is adapted to meat as their primary food source.

Cats have a great night vision due to their extremely sensitive eyes especially adapted to seeing in low light conditions. On the other side, they have a poor color vision. 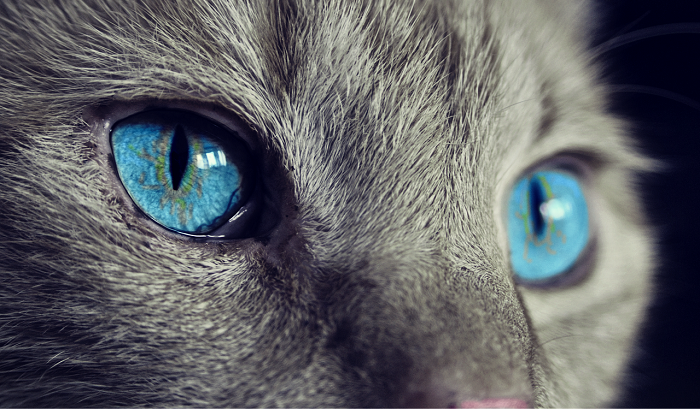 They have an excellent hearing, being able to detect a wide range of frequencies. Even dogs cannot hear some of the sounds they are able to. They also hear ultrasound because they need it to detect some animals they hunt for prey which emit such sounds. Their ears are especially design to amplify the sounds they hear as well as to detect the direction they are coming from.

Besides their hearing, they also have a well-developed sense of smell.

Cats have whiskers on their body, especially on their faces which provide them with the necessary information about the objects and the location of objects in the dark.

Cats usually prefer settling in high places, which are good observation points when they look for a potential prey.

Their average lifespan is around 15 years.

These animals have activities both during the day and at night, usually more at night. They conserve their energy by sleeping a lot, on average 13 to 14 hours per day. Some cats even sleep 20 hours. They tend to lightly fall asleep for brief periods.

Cats are usually solitary animals, but they can also live in groups where one cat dominates the others. These groups have their own territory. Male cats’ territories are much larger than the ones females’ have. The males’ territories often overlap with the females’. They mark their territories by spraying them with urine, rubbing them with the secretions of their facial glands, or they defecate.

Cats protect their territories. They defend them first with attempts to scare away intruders and if that doesn’t work, they attack violently.

Even if they live in groups cats hunt alone.

Although reserved by nature, cats living in cohabitation with humans and other animals can develop strong bonds with them.

Besides different vocalizations they use to communicate with each other, cats have other types of body language, like the position of their ears or tail. For example, flattened ears are a sign of hostility. Raised tail could represent a friendly greeting. Dominant cats tend to raise their tail a lot less than the ones in subordinate positions. Purring is often a sign of satisfaction.

Cats spend a lot of time in grooming themselves. They lick their furs to clean them. Many cats end up with balls of fur which they have ingested during grooming which need to be surgically removed.

Cats need to establish their territory and they often aggressively defend it. When they are aggressive they raise their fur and hiss or spit to appear more threatening. They also make loud voice and show their teeth.

When they fight for mating rights male cats can receive some serious injuries from their opponents and cause them as well. During their sexually active years, male cats get involved in many fights and end up with a lot of scars on their bodies.

If they hunt for their food, cats usually prefer smaller prey, like birds and rodents. They hunt using a stalking strategy, actively stalking their prey or capturing the prey from an ambush.

Cats sometimes bring their prey as a present to their human keepers, which is a behavior which still isn’t clearly explained.

These animals, especially kittens, enjoy playing. They love playing with objects which are similar to their prey but they lose interest in them after playing with them for some time.

Male cats fight over females and the winner gets the right to mate. Females mate with many males, and they could have kittens from different males in a same litter. The pregnancy lasts more than two months, usually 66 days. They usually give birth to three to five kittens. At about 12 weeks, the young are ready to leave their mother.

Cats live all around the world. They are highly adaptable animals and are considered as one of the most invasive species worldwide.

What does a Cat Symbolize?

A black cat usually symbolizes bad luck, evil, darkness, and in some cultures it represents good luck, and health.

A white cat, on the other hand, is generally a good sign and usually symbolizes purity, cleansing, healing, purity of the soul, spirit guides, tolerance, and peace.

The Cat Meaning as a Spirit Animal

The cat totem can have many different meanings. Here are some of them:

Independence. Cats are known as solitary hunters and are very independent animals. They know how to manage their ways in different circumstances. The cat spirit animal is teaching you of the importance of having your freedom and independence and protecting it. With a cat as your totem, you are most likely a very independent person who doesn’t let anyone interfere in your private space.

Courage. Cats are courageous animals. When defending their territory or when they are being attacked, cats will defend themselves with full force. The cat teaches you to be courageous and stand up for yourself and your beliefs.

Intelligence. Cats are very intelligent animals and as a totem they give you this gift. You are most likely a very intelligent person, which helps you accomplish your goals to your satisfaction.

Curiosity. One of the well-known traits of cats is their curiosity. With this animal as your totem, you are most likely very curious and have many interests.

Resurrection and survival. Cats are known to have nine lives. That isn’t true, of course, but cats are in fact very agile and manage to survive in almost impossible circumstances. The cat as your spirit animal is giving you this gift. You are similarly a very agile person and always manage to avoid or escape some difficult or challenging circumstances you come across.

Cat as Your Totem Animal

If you have a cat as a totem animal, you could have psychic gifts or you are a very creative person. You are independent as well and you love your freedom and ability to go wherever you want and do whatever you desire.

You are curious and you have many different interests. You enjoy expanding your knowledge and learning new things.

You can sometimes be very unpredictable and surprise people with your reactions. You might be a person others never know what to expect from.

You could also be fascinating to other people because you exude an aura of mystery around yourself.

You could be a loner by nature, and you carefully choose with whom you spend your time. You are also very patient and wait for the right moment to act.

What if the Cat Appears in Your Life?

When the cat appears in your life that could mean that someone or something is trying to deliver you some important message regarding your life.

Because of that, when the cat appears, look for hidden signs and messages, and more importantly look inside you and try to understand what your intuition is trying to tell you.

The cat in your life could also be a reminder to trust in miracles and your power to achieve anything you desire.

The cat reminds you to have faith in yourself and your abilities to accomplish all your goals.

When to call on Cat?

You should call on cat as your spirit animal when:

Dreams about Cat – Interpretation and Meaning

Cats in dreams usually symbolize independence, feminine sexuality and attractiveness, as well as power and creativity.

If you were afraid of the cat in your dream, that indicates possible issues with the mentioned subjects. If you weren’t afraid, you are probably very confident about yourself in these areas.

Kittens in a dream could be a sign that you need to be more playful and relax because you are too tense and burdened by many things.

A black cat in a dream could indicate having faith in yourself and your abilities and the path you have chosen in life.

A white cat could be a sign that you might soon receive some message from your spirit guides.

It is important to try to remember this dream because it might reveal the messages the spirit has for you.