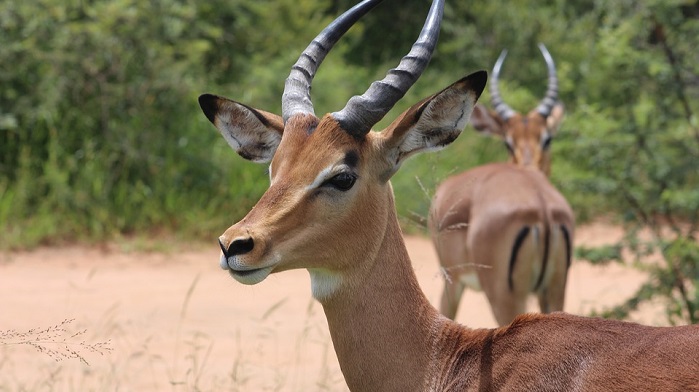 Antelopes are amazing animals. They are beautiful, gracious, fast, agile and elegant, so people usually see them charming and positive.

In addition, antelopes are not dangerous to humans, although you would not like to experience any trouble with their sharp horns.

Antelopes are not a single species, but a group of similar animals. However, the most representative members of the group, those most of us think of as antelopes, live in Africa and Asia.

Antelopes are many and they could be very different among themselves. Some of them are large and heavy, with impressively twisted or bent horns, while there are miniature, timid little ones, as well.

What is interesting about antelopes is that those cloven feet animals have always been close to humans in terms of geography and habitat, but almost all of them never were domesticated.

Antelopes are usually of pale brownish hair, but there are stripped ones, black, dark and even silverfish-white ones.

Since there are so many different antelope species, let us name several of the most popular ones. Those are dama gazelle, oribi, impala, addax and blackbuck.

In symbolical sense, we usually think of antelopes in a simplified manner and imagine slender, medium sized, gracious, beige animals with beautiful dark and sparkly eyes and sharp antlers.

Antelopes are all beautiful and gentle animals, of rather timid than aggressive nature.

These animals inhabit places where there can quickly run away from bloodthirsty predators and find food easily. They are herbivores and they feed exclusively on grass and leafy plants.

Antelopes are very fast and have extremely delicate senses of hearing, smell and vision.

Their nature is defensive and alert; their survival mechanism is to avoid and escape deadly claws and teeth of meat eaters. 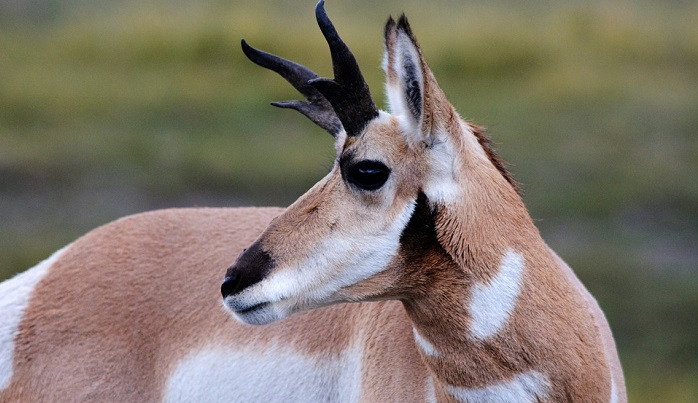 Most of beliefs about antelopes originate from Africa and Asia; however, for the rest of the world they have always been exotic and, thus, a bit magical. It is still believed antelopes’ horns have medicinal and spiritual properties.

Most of such beliefs originate from indigenous traditions.

For example, in Liberia, people consider Royal Antelope an incredibly strong symbol of wisdom, agility, knowledge and intelligence. Interestingly, but this is a small sized antelope and its alternative folk name is ‘the king of hares’.

Antelopes are of spiritual and symbolical importance in Westerners’ traditions, as well.

Antelopes often appear as heraldic and artistic motifs in Christianity.

Antelope symbolism is universally the same and it is generally positive. Many of beliefs originate from local traditions, such as from those of peoples’ of Africa and Asia that share the habitat with these animals.

Generally, antelopes are seen as beautiful, but wild animals, graceful and elegant and unwilling to obey.

They are appreciated and admired by people all around the world, even by those who have never seen an antelope in reality.

Antelopes represent speed and agility, movement and action. They are full of energy and are constantly alert. Antelopes have amazing senses and are capable of sensing the enemy approaches from miles away.

They are very, very fast. Antelopes thus symbolize alertness, swiftness, self-reliance, survival and resourcefulness. In addition, all of the moves they make appear like a dance, so these beautiful animals also represent elegance and gracefulness.

These beautiful animals are ultimate symbol of freedom. Their drive does not come from their physical strength, but from their burning instinct for survival. Antelopes are not to be tamed, restrained and captivated.

They captivate you with their looks and moves, but they are meant to jump and run free over this Earth’s grasslands.

Antelope totem is full of energy and activity, so it offers an incredible guidance. This totem has many gifts for you and it teaches you to recognize, embrace and polish your skills and talents.

Moreover, it helps you trust your intuition and your delicate senses. Antelope people are more than you see on their outside; they look timid, vulnerable and sweet, but they are usually highly self-aware, tough and resourceful.

Antelope people learn things quickly and easily and they like to explore new ideas. They are always on the move, seeking new opportunities. They hate being inactive and unmotivated.

Someone would say Antelope people are unsteady and unreliable, but that is not true.

However, they are not likely to make a commitment or give a promise.

On the other hand, they act so, because they are honest and open to others; an Antelope person gives promises rarely and only if they know they could keep it.

These individuals are incredibly direct and communicative.

They are intelligent and not easily outsmarted and manipulated. They are aware of their weaknesses and advantages and are excellent strategists.

Antelope people do very well in executive positions, but they are also creative.

They are good planners and organizers. Their main flaw is rushing into things; sometimes they jump before they have even looked in front of themselves.

These are confident and sociable people, but they are not the most patient ones. They are friendly and easy to love.

Antelope people are positive minded and always kind and polite towards others.

They do not waste their energy on foolish and endless arguments; there are just so many other, better and more useful things to do in life.

These individuals live their life with full lungs and seek to use the best of every moment.