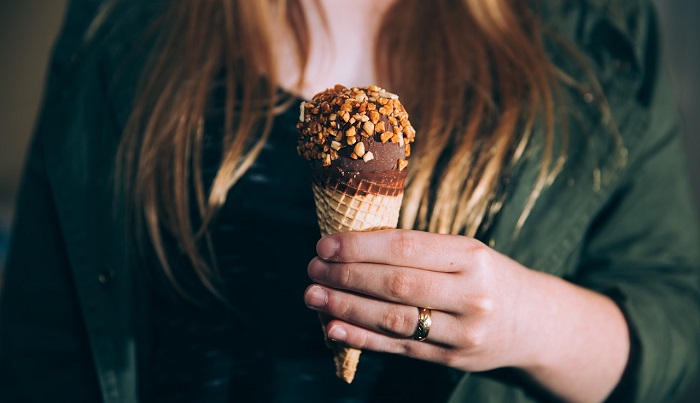 Creamy and delicious, ice cream is probably one of the most favorite desserts all around the world. The history of ice cream is actually quite rich and long. Did you know that ice cream originates from the Far East, China?

Today, millions of people enjoy its creaminess and sweet taste thanks to famous explorer Marco Polo, according to some historical data. That means that ice cream is quite an old dessert.

The famous explorer introduced ice cream to Italy; as we all know, Italian gelato is considered the most delicious ice cream worldwide. Here are several interesting facts about ice cream, before we move on to interpreting sweet ice cream dreams.

In old days, ice cream was considered a privilege for royalty and high class and was served exclusively at court.

It was a cooling and tasty luxurious dessert for nobility on hot, heavy summer days.

The first ice cream factory was founded in America, during the nineteenth century, but the production of ice cream has been developing since the beginning of the twentieth century, with inventions of better and more effective cooling and freezing systems.

These are some facts about ice creams we know today.

However, the history of ice cream like products seizes into ancient times. In ancient Asia Minor, people would freeze fruit juice and eat it that way. During Persian wars, it is recorded in history that Alexander the Great introduced similar delicious refreshments into his army.

This cool dessert was also known in Ancient Egypt and it was served to pharaohs. This ‘Egyptian’ ice cream sounds quite tasty; it was made of sweet milk, nuts and dried fruits.

Arab traditions are also known for making some type of ice cream. It was so called ‘sweet snow’, which they also introduced to Sicily and other Italian towns. In Italy, ice cream had started to get better and better form, taste and creaminess.

Overall, ice cream has been one of the most popular desserts over the ages. Today, we will talk about dreams featuring this cooling delicacy. 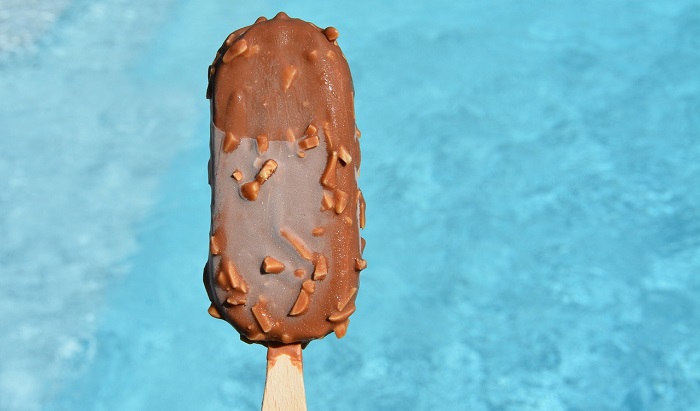 Dreams about ice cream sound sweet and pleasant, but they could hide various meanings. While eating an ice cream is certainly a pleasure in reality, ice cream in our dreams does not always have fully positive meaning.

Ice cream in dreams could also represent desire, passion, lust, even gluttony and haughtiness. Dreams about all kinds of desserts could imply such concepts, but it depends on particular scenario (devouring sweet food is commonly associated with such ideas).

On the other side, ice cream is of an unsteady form; exposed to some heat, it melts down.

It represents instability, unsteadiness and transiency. It also reminds us that some pleasures are only temporary, which also has its good and bad side.

Dreams about ice cream suggest many things, you see. It is very likely that you would dream about eating an ice cream, if you really think of it in reality and you would like to eat it. However, if not, such dreams could be tricky.

Have you seen an ice cream in your dream or have you eaten it? Did you have too much ice cream, so you feel sick? Were you buying it or someone gave you an ice cream?

Let us find out amazing messages behind these deliciously cooling dreams.

Dreams about ice cream in general usually represent the sweetness of life, but both in a positive and a negative way for a dreamer.

For example, dream about seeing ice cream and wanting it, but not having it, could mean there is something or someone in your life you desire, but such things or people stay out of your touch.

Usually, such dreams are related to romantic desires that are unfulfilled.

You fantasize about a person who is already taken or who still do not know you are magnetically attracted to.

Such dreams are generally seen neutral, because they only reflect our current emotions.

Dreams about seeing an ice cream, but not eating it, mean you have dreams and desires you should work on or consider abandoning, depending on your intuition and the reality of the situation, of course.

Everyone needs some time to pamper him or herself, and so do you. Maybe you work a lot and do not have any spare time.

The dream suggests you should definitely have it. If you dream about eating ice cream with someone, this is a good sign. If that is your partner or a person you are in love with, the dream is an incredibly positive omen.

If you share ice cream with your brother, sister, your other relatives or good friends, the dream means you have healthy relations with people around.

It means you have people around you can always rely on and share not only bad times, but also pleasers and joys of life.

Dreams about having too much ice cream

If you dream that you have eaten so much ice cream that you feel sick, it is a warning sign type of dream. It means you should get yourself together and stop indulging yourself too much. You have become too relaxed and it definitely does you no good.

This dream could be related both to your physical and mental health.

It also suggests you act irresponsibly in situations that require some seriousness and you approach to everything in life as it is a game.

While there definitely are times for relaxing and having fun, there are other times in which you have to act like an adult, not like a spoiled child.

This dream could also suggest you have become obsessed with luxury, materiality and money, so you have lost every sense of respect, modesty and even honesty.

If you dream about buying an ice cream, it is a good sign. This dream means you value yourself and you are proud of what you have accomplished.

You are not asking to be glorified by others, but you know how to reward yourself. You know that hard work requires time to recharge and relax.

It also involves some kind of pleasure and enjoyment you could afford to yourself. Dreams about buying ice cream are proof you are very self aware and self-confident.

Dreams about a melting ice cream

If you have seen a melting ice cream, it could be both a good and a bad sign. It symbolizes transiency of things in life; it is a dream channel for you to deal with failure, for example.

This dream could reflect loss, an end of something that was a pleasure to you.

Dealing with such things is always difficult, so dreams make a comfortable zone and metaphors for us to accept endings and losses more easily.

This dream reminds you all things have an end. This dream could be positive, meaning you should value every step you take and enjoy each moment of your life the way it is.

Dreams about dropping an ice cream

If you dream about dropping an ice cream, it could suggest you are unhappy with your current romantic relationship and you want something to change.

Maybe you are still unaware of your dissatisfaction in reality.

Since an ice cream represents pleasure and romantic enjoyment, dropping it means losing these things.

Maybe you fantasize about someone else and you feel very upset about the idea of a break up. The dream suggests you should consider such an option.