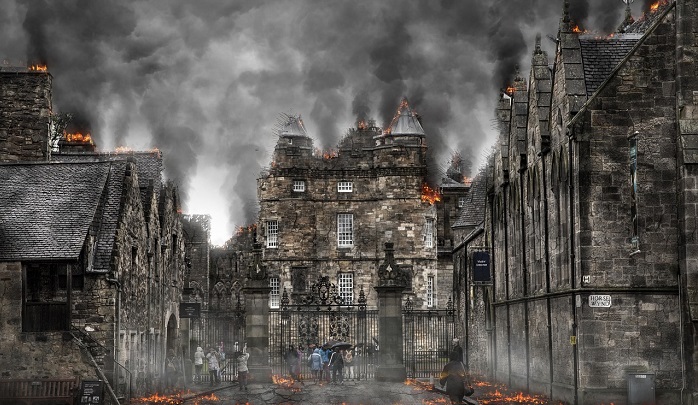 Dreams about the end of the world are a special category of dreams that does not occur so often as some other ones.

Apocalyptic dreams could be extremely disturbing nightmares, but not necessarily. It greatly depends on the nature and personality of a dreamer how he or she would dream about it and what emotions and thoughts would the dream cause.

Apocalypse as such is an idea of ultimate ending.

The interesting thing about the idea of apocalypse is that it could be interpreted in many ways.

Interpretation of apocalypse depends on one’s religious or spiritual views, in the first place. It matters a lot if you believe in the apocalypse as it is seen in biblical sources or you have completely different idea about it.

Some people even believe we ourselves already live the era of the Apocalypse.

Others are afraid of the very idea. You have most likely heard about people who are preparing themselves for the judgment day.

They believe the end of the world, regardless of the exact scenario that would take place, is near and they are determined somehow to survive it. Some people take it very seriously and they build shelters, make food supplies etc.

Let us return to the basic idea of the apocalyptic, so that we could better understand what it means if you dream about it.

The word apocalypse originates from Greek apokalypsis, which literally translates to as ‘revealing’, ‘revelation’. The Revelation is the name of the last book of the Holy Scripture and it describes the end of the world.

The most widespread apocalyptic vision is that from the Christian point of view, but other religions and their sacred text also talk about the similar vision about the end of the world. Apocalyptic literature originates from Judaic texts of the Old age.

Noted texts about it are the Book of Daniel from Hebrew Bible and the Book of Enoch, which is an apocryphal source. In the New Testament, the Book of Revelation or Apocalypse of John, amongst other titles, is probably the most widely known vision of the end of the world. 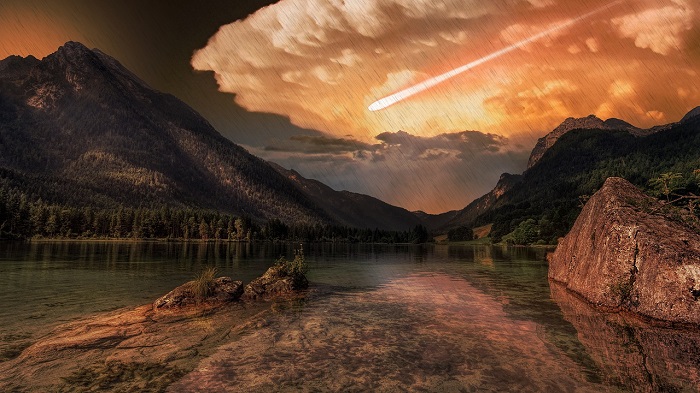 The texts telling about the end of the world, particularly john’s revelation, are obscure and mysterious texts to many. Scholars of many ages put great effort into understanding it and connecting it to other religious sources.

However, the main theme of the apocalyptic literature is that that good, seen in the image of God would eventually triumph over forces of evil.

It is also the message of ultimate salvation to those who are truly faithful, but all of these ideas are complex and not to be seen soul black and white, just as good and evil should not be seen so simple.

Individual perspective on life, philosophical point of view, society, tradition, culture and numerous other factors determine one’s own perception about these crucial ideas of the humankind as a whole.

Dreams about the end of the world

Dreams about the end of the world could represent different things in different dreamers.

If we put aside the religious element and simply think about it as the end of all things we know, regardless of how they will end, dreams about the end of the world could carry understandable messages on individual level, which is what interests us here the most.

What messages such a dream tries to tell you? Dreaming about the end of the world indicates an ending to a phase in a person’s life and it could be a turning point, a radical change.

Such a dream would occur in a dreamer who is currently at some crossroads in his or hers waking life.

The dramatic, apocalyptic ending suggests the time has really come to put an end to certain things. It could be done by you or by someone else.

If you have not a single sign of any control over your destiny in the apocalyptic scenario you dream about it could be a reflection of your current state of mind and actual situation in your life.

Others control your life; others change it as they like it. What is very important is that it is not necessarily done out of ill intentions, but because it is supposed to be that way.

In your waking life, one might feel as if thing are falling apart and some higher force influences the course of events, without ever consulting you.

This dream also represents ultimate loss and on an individual level, it could reflect a dreamer’s fear of losing something important. Extremely painful loses in real life often make people feel as if the end of their world just came.

Apocalyptic dream is often a reflection of an extremely painful loss or irrationally strong fear about the possibility of losing something.

This dream, no matter how dramatic and horrifying it might be is also a reminder of values in your actual life. It is a vision of how it would look like if it all just stops existing.

Rarely one feels good about it, no matter of how much he or she seems to hate their waking life.

The meaning is stronger if you see familiar faces in your apocalyptic/end-of-the-world dream. If you see people you love and care for vanish in an apocalyptic scenario, without any possibility to save them must have a strong effect on you.

On one side, such a dream could reflect your feeling of helplessness in reality.

On the other hand, it is are reminder of all those good things and people in your life you should care more about.

Dreams about surviving the Apocalypse

Dreams about surviving the terrifying scenario of the apocalypse, regardless of how the world ends in your dream are quite a strange category of dreams. Those could have extremely personal meaning and the meaning depends on details in your dream vision.

If you dream the whole chaos of the apocalyptic scenario and manage to somehow survive it, the dream either reflects actual, current struggle you are going through or indicates you are about to go through it.

Either way, you will have strength to overcome hard times, damaged or not. The less physical and emotionally hurt in your dreams, the more actual strength and sanity you will have in reality.

The dream reminds you of the strength you already have and should encourage you. It suggests that no matter how hard times were, you could win it.

Since apocalyptic scenarios as an idea are meant to wipe out all life, if you are the only survivor in your Armageddon dream, it suggest you were guarded by some higher force, as if you were meant to survive it.

In reality, it could be a more down-to-earth meaning, but the message is strong. It means you are or you will be given another chance. In fact, it should make you realize that one always has a chance to start over, for as long as he or she lives.

Although possibly a gloomy scenario, surviving the apocalypse is a dream about hope of new beginning.

It also implies that some things should definitely come to an end, so that you could move forward and start fresh.

Sometimes, it means starting from zero. At the end of the day, you should realize that it is not such a bad thing, as it might seem in the first place.

Dreams about post-apocalyptic world are similar in nature to dreams about surviving the apocalypse. However, these dreams do not have to include any details about going through the actual event of destruction of the world.

It simply happens that a dreamer finds him or herself in a post-apocalyptic setting.

Details could vary greatly and they will definitely affect the meaning of your dream.

If the post-apocalyptic universe you dream about illustrates the world just after its destruction, a wasteland, burned cities, dead nature, dead people and other gruesome details, and you happen to be there, it could be a dream vision of destruction of your own, personal world.

It is a message that says what is going to happen if you do not take care of your world.

The dream could be a reflection of the nasty feeling that things in your environment are not going very well and that the problem is that you just sit there and watch it all fall apart; worse, you might be actually doing something you are aware will not bring any good in the long run.

The dream says: “Here it is, that is what is going to happen if you do not pay more attention”.

The dream might be about the environment, about your social circles, about people you love or about everything as a whole.

It could be about yourself and about your inner world. Save it before it was too late.

The dream could also be a reflection of fear and worries about losing everything in your life, regardless of if you have actual reason to be worried or you are just being overly anxious.

On the other hand, dreams about post-apocalyptic environment are also dream about completely fresh start, a new beginning for you. It suggests that some things are gone too far and that they should come to an end.

The dream suggests you will have the other, new opportunity in life and it could be radically new. The dream is about building your world up again starting from ruins.

However, post-apocalyptic scenarios could be different from these just-after-the-apocalypse ones. You could dream about an advanced, completely new world order, which in fact appears better than the world you know.

This dream is envisioning and creative, in fact. It should encourage your creative mind and the need to improve things in your own life, so that it could have an effect on the all humanity.

Dreams about the biblical Apocalypse

Dreams about biblical apocalypse or any similar scenario based on certain religious knowledge and sources usually appear as dreams about the ultimate battle between forces of good and forces of evil.

This dream meaning depends on who wins, if there was an ending in your dream, and whose side you are on.

Such a dream, on an individual level, most commonly reflects the inner struggle of a dreamer. Your ‘good’ side fights the ‘dark’ one or, more likely, you have certain confronted thoughts or emotions that make you nervous and reflect in your dreams.

Being on one or the other side greatly depends on how you see each one and on your actual perception of this universal scenario, seen in major belief systems.

The dream about the final battle reflects forces fighting within our soul. Some would say, forces that fight for our souls.

The message behind biblical ending is that good must prevail eventually, so the dream could be seen as a dream of hope in new and sinless tomorrow.