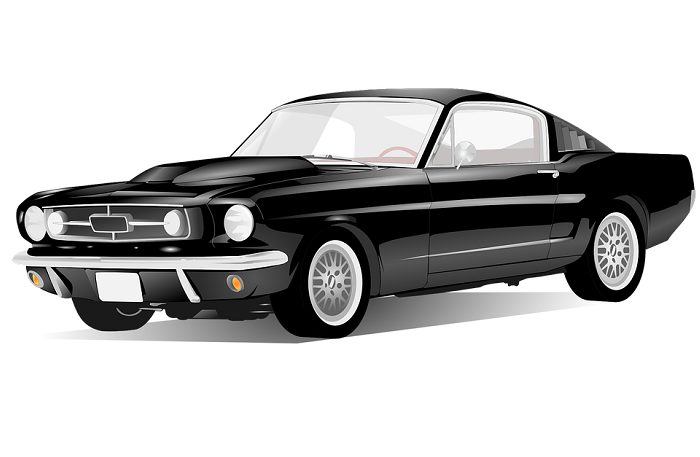 Cars in dreams are a common symbol, we have spoken about this motive, and by now, you know that dreams about vehicles, especially cars, are most commonly connected to life, in general, the way the person who has a dream perceives it.

Also, it is important in any case, in any dream, regarding any motive, to notice the color of the object from a dream.

Right away, we will tell you that the black color in dreams is rarely associated with negativity, and therefore it does not announce a death or something similar.

As usual, this symbol is a reflection of the mental state of the person who has this dream, of course, with numerous additional details.

To dream of a black car in a dream can have different interpretations, both positive and negative, depending on the way you dreamed them.

For example, in a version of a dream, where you are being hit by a black car, it could mean that you will witness a terrible car accident in which one or more people will, unfortunately, lose their lives.

This scene will shake you very much, perhaps to the extent that you will not sit behind the wheel of your vehicle for a long period of time. You have to understand that it is something that happens every day in the world and every second. Thank God you weren’t among those people and drive carefully.

But, this is a part of the meaning of this dream – this dream could mean a lot more things.

It could show that is currently witnessing a bad time, you are going through some dark times, hoping that everything will work out, but currently, you do not see the light. You are shaken to the core but still alive.

If you dreamed that you saw someone firing a gun or a machine gun from a black car, it might mean that you will receive an invitation for some great merriment where a scandal will break out.

It is possible that you will receive an invitation to a wedding that will, unfortunately, be ruined by the couple who quarreled or even got into a fight.

The problem will be because you are the person who always wants the best, and it will probably occur to you to get involved and separate them, but we advise you to point out where you are sitting so as not to accidentally pull out the thickest end.

In a version of a dream where you see a black car on fire, it could mean that someone close to you will, unfortunately, be seriously ill.

That person will try to hide it from you and others so that they don’t worry.

Try to find out who it is and give it your support because that person deserves it.

In an alternate version of this dream, the illness is, in fact, a difficulty that must be taken away, but only if you or those who are close to you admit that they have a problem or that you have a mutual misunderstanding.

By recognizing the problem, you are distinguishing the fire and saving the day. In any other, you will burn, making the problem greater than it really is.

Decoding the Dream about the Black Car

Dreaming that you are behind the wheel of a black car can mean that you will have a big quarrel with someone in the coming days.

Someone will annoy you a lot with some of their bad actions, and you will not intend to suffer that.

Focus on calming the passions so that there is no physical conflict with the big squatters.

But this dream also says that you are in control of the situation and that you can pull some extra move to make things work out once again.

If you dreamed that a black car had a flat tire on the road while you were driving it, such a dream shows that you will, or someone close to you (this is true in a version of a dream where you are driving with someone) will avoid your death, or you will avoid something that can possibly ruin your plans, on the long run life.

Someone and maybe you will get sick in a public place and only with the quick reaction of the people around you and the quick intervention of the ambulance and the doctor everything will be fine in the end.

The point is here – doing the right thing in the right moment, being there for someone who is in need, reacting from a heart, from a deep part of your being, leaving fear behind.

If by any chance you dreamed that you saw a black car cause a car accident and run away from the scene, it could mean that you are hiding something from your friends. You have a secret that you don’t want to be known. You shouldn’t be ashamed and be what you are and pretend to be like that. Only in this way will people love you as you are.

If you dreamed of a black car breaking through a sidewalk on a bridge and falling into the water, it could mean that you will receive a summons to a trial as a witness. One of your friends probably has a trial in which he will need you to get justice.

If you dreamed of driving a black car and turning off the bridge and falling into the water with it, it could mean that you will be tried for some action you have committed and that there is a high probability that you will be free from any doubt.

But if you fell to the ground instead of in the water during the fall from that bridge, it could mean that you will be sentenced to prison for what you did. Prepare well and find a lawyer who can help you in this case.

If you may have dreamed that you were locked in a black car and could not get out, it may mean that you are tired of finding a way out of the situation you are in now.

As you could see for yourself, the car and its color, black, may speak of some “negative” or serious thing that could happen or is happening right now.

But dreams always come as a wake-up call – you can change, primarily the current state and subsequently the future.

It is possible that you are trying to solve the problem yourself, which takes two, and that has exhausted you.

Do not bother yourself anymore, but seek help to speed up the process because you will face an even more difficult task that will require all possible energy. And freshness.

One more version of this dream is worth speaking of – we are talking about the version of a dream about the black car; when this vehicle is crossing your feet may mean that someone will embarrass you soon.

Or that you have a fear that you will embarrass yourself in some way. This fear is causing this dream. We advise you that when it comes to only dignified and restrained behavior and what is addressed to you, it will come back to that person like a boomerang twice.

Dreaming of breaking the glass on a black car can mean that you are tired of someone’s behavior. You have decided to stand in the way of a person who has had a bad relationship with you and your colleagues at work or friends for a long time. You will not be alone, but no one but you will dare to take the first step.

When you step first towards him, believe us, the whole army will be behind you.

If you may have dreamed of disassembling a black car, it may mean that you need to secure your property better.

In the coming days, it is possible that someone will try to break into your apartment or kitchen with the intention of robbing you. We advise you to get a wasp guard to prevent them from doing so if you are no longer able to spend time in your home in the coming days.

Here you dreamed that a black car was going at high speed towards you and just at the moment when it should hit you, it brakes, it may mean that in the near future you may have a meeting with an old friend, with whom you broke off all contact due to a misunderstanding.

So you may have a friendship again with reconciliation and forgiveness on both sides.

In the end, as you could have seen, the dream about the black car does not carry a negative meaning, but it can warn you to be careful.