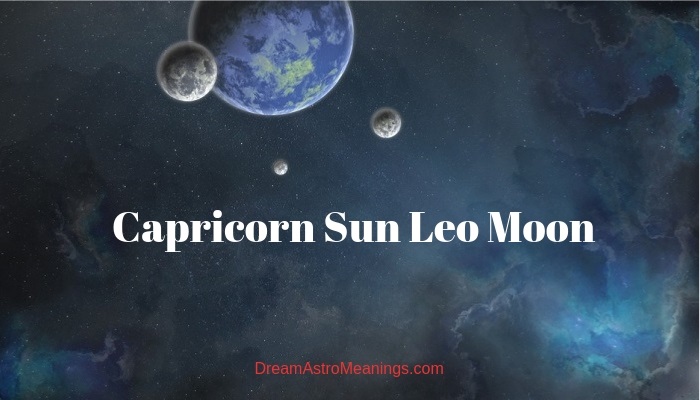 Endless spaces of the skies above our heads have been intriguing us for eons.

Our great ancestors were looking at the starry sky, wondering the very same things as we wonder today.

Are there answers to questions on the subject of our purpose in life? Are there some forces higher and more powerful than we are?

In ancient times, planets were associated with gods and goddesses, awed and worshiped.

Although it may seem that we are today closer to them, in a way, with all of our space technology and science, we are still equally far from true answers, just as our ancestors were.

We measure distances, even qualities of planets and other heavenly entities, but we still do not understand the forces of the universe.

Actually, we cannot answer what deep down inside interest us the most.

Western astrology, which is the one we talk about, is founded on the Solar system, so the Sun represents the central place. It is the central point of one person’s individual birth chart and his or hers horoscope.

Before we move on, let us just remind that a birth chart is a graphic representation of the sky at the time someone way born.

It features all planets of the Solar system, Zodiac signs, aspects and several other elements. Each birth chart is unique, just as the horoscope delivered from it.

Even if you have people born at the same time, in the same place, no way they would share the same destiny. We are not only marionettes of the universe; our influence is of the greatest importance, actually.

The Sun is the first thing to think of, if you want to understand your birth chart. It represents your ‘real self’; it is your Ego and mostly about what you are aware of. The Sun shapes up one’s basic personality traits, temperament and a person’s character.

Your point of view greatly depends on your Sun sign, as well as the way you are going to express it.

The Sun sign determines your drive for life, your ambitions, and your goals. It represents the person you are likely to become, in your best light, if you manage to develop your potentials and use them to their maximum.

Of course, other elements found in your natal chart would ‘disturb’ the flow of your Sun energy, in both god and the bad way.

Therefore, we could talk about Capricorn people, for example. What is this sign about and how it affects one’s personality?

Capricorn is of the earth element, of negative polarity and cardinal.

Its ruler is Saturn and it is associated with the tenth house. Capricorn is considered one of the most conventional, practical and serious zodiac sign. Capricorn people are not particularly humorous ones and they take everything seriously.

They are strict, disciplined and organized. They enjoy being in control and feel anxious if they lose it.

The greatest values for a Capricorn are family, tradition and order. They could be efficient leaders, managers or else. Generally, it is the best they are their own bosses. Saturn, the ruler of this sign, is known for its restrictive and inhibiting nature.

It makes Capricorns practical and efficient, but also narrow minded at times, stiff and very stubborn.

Capricorns are not very flexible in relations with people; accepting differences is not an easy task for a Capricorn.

They stick to tradition and are not very tolerant, although they are respectful. They would not bother changing someone else, but they would also never change themselves.

In addition, Capricorns are not particularly gentle or empathic. However, they are moral, loyal and honest.

The Moon sign represents what lies beyond your Sun sign, in a way. It is a background to your manifesting and obvious Sun personality.

The Moon is about what you absorb and feel, not how you act and express yourself. The Moon sign is an essential feature of a birth chart; it tells about who you are on the inside.

There is no day without night and no reason without emotions.

It is exactly about it, the emotion. The Moon shapes up your emotional personality. It rules the dream realm, imagination, instincts and intuition.

There is something deeply mysterious about the moon’s influence; we are often unsure of why we feel the way we feel, meaning it is not easy to rationalize emotions.

The Moon also makes us flexible and it adds to our creative potential already found in our Sun sign.

The Moon is a feminine principle, its energy is not steady, and it inspires change and transformation. It is associated with the element of Water, with our moods and emotional sensitivity.

With good aspects, your Moon sign manifest in the best light. The moon supports empathy, compassion, adaptability, intuitive thinking and else.

Bad aspects with the Moon sign make us irritable, nervous, moody and restless.

The Moon in Leo indicates a warm, openhearted, generous personality with a positive approach to life. Moon Leos fight all miseries in life with a wide smile on their faces.

They are definitely some of the most positive and charismatic people out there.

Moon Leos are passionate and very emotional beings, but not fragile and definitely not melancholic. They are brave and they live their emotions.

A Moon Leo is a creative personality. He or she would easily come up with a solution to a problem. These people never complain about things that seriously bother them; they would rather retreat and try to handle the situation on their own.

However, they tend to be dramatic and pompous over minor things, because they seek attention.

These people would do whatever it takes to protect their loved ones. Their family means a lot to them, just as their friendships or a romantic relationship.

They are gallant, honorable, charismatic people, born to inspire and lead others.

They are self-centered, but never at the cost of others. They would never harm a person intentionally. Their reputation, however, is very important to maintain.

If aspects are right, this could make for a good balance.

This personality is creative and practical; Capricorn Sun would never let fiery Leo becomes too hot headed over something.

Leo Moon would not let Sun Capricorn’s heart turn into ice; it melts its icy walls and makes this person more sociable, more open to other people and more ready to accept people that are different from themselves.

However, these personalities often remain self-centered and it is likely they tolerate others simply because they actually ignore them.

These people are determined to get what they want. They do not mind hard work and effort; they would passionately work on their goals.

This makes Capricorn Sun Leo Moon successful in any business they are interested in.

These people are reliable, trustworthy and honest. With right aspects, they are gallant, well mannered, polite and respectful. They would never be rude, even towards their enemies.

A Capricorn Sun Leo Moon has a high opinion of him or herself, but with good aspects, they are not arrogant.

They could be amazing role models. They believe in themselves, even if others do not, which is hard to imagine.

They could be too self-oriented, vain, and superficial. They often truly believe they are better and above everyone else.

It is a pity, because they miss out others’ qualities and end up lonely.

They are often in denial of their own flaws, firmly believing their way is the only that is right.

They are often deaf to others’ opinions and ideas. There is something tyrannical in their attitude.

In love and in marriage, these are people faithful for life.

They value traditional family values above everything else, but they are also very passionate. They would never marry only because it is according to established norms.

However, finding a suitable match is one of their goals. Family of their own is definitely something they dream of.

They are devoted, honest and loyal partners. They do not give up of a relationship easily, even if things go bad. They are too proud and too stubborn.

Moreover, they believe things could get better, if they endure the crisis.

They are protective of their dearest ones, particularly of their family members and especially children.

They are demanding in every sense possible. They need a partner who would answer their passionate emotional nature and treat them as they were the only person in the world left.

On the other hand, it should be someone who understands his or her seriousness, his or her orderly nature and need to be in control.

It should not be someone only to obey and please them, but someone of a strong character who shares their ultimate life goals.

They could be too self-centered and convinced they are the best people in the world. They often neglect others, not out of ill intentions, but because they do not even think it could be useful actually to hear someone else’s voice.

On the other hand, they are loyal, trustworthy and reliable people.

They are well mannered, well organized and protective. Family is their greatest value and one of their goals.