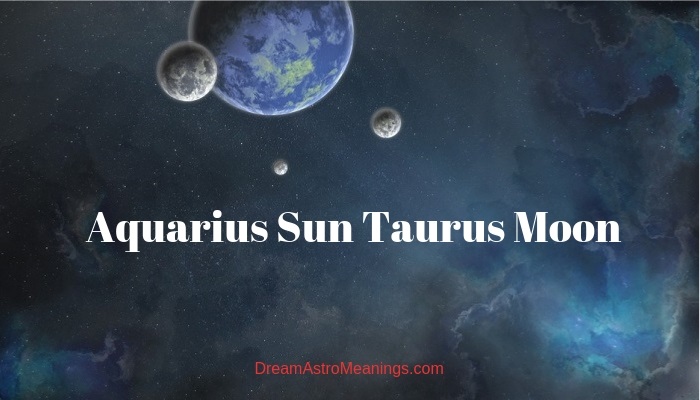 Long time ago, our far ancestors were observing the same sky as we observe today, wondering about what mysterious and powerful forces roam these endless spaces. We still wonder about how they affect our lives.

That is how astrology, but also astronomy, developed.

Astrology is as old as our civilization is; once upon a time, astrology and astronomy was the same thing. Astrology was a respected and admired approach, even awed.

Many notable people of the past, scholars, mathematicians, philosophers, physicists and others, but also religious and spiritual people and leaders were also astrologers or, at least, they were greatly interested in astrological explanations.

There have always been things we could not answer by reason and science. There will probably always be such questions.

Maybe it is our destiny, always to wonder and to try to invent all sorts of paths of understanding the world.

Astrology is one of the oldest and it is still being practiced widely, although many times unfairly labeled as trickery. We leave it up to you to judge the principles of astrology.

However, since you are here, you probably see something truthful in it.

Astrology is based upon well-established principles, methods and rules, just as any of official scientific disciplines. There have always been various astrological systems throughout the world.

We focus on one in particular and that is western astrology.

People also call it modern astrology. Its base is the Solar system, with the Sun being the center of it.

The Sun is the first element to analyze in a birth chart. As you probably know, a birth chart is the base of an individual horoscope analysis. It represents a graphic image of the sky, at the time of one’s birth.

It features all zodiac assigns, houses and planets, as well as several other elements. The Sun is the base and the defining element, since it is the first of ‘personal planets’.

It stands for life energy and personal strength. The Sun represents reason, consciousness and self-awareness. It gives you your basic personality traits and shapes up your attitude and the view on life.

The Sun is a creative, masculine principle. It boosts personal energy and strength of mind. It is everything you are conscious of.

The Sun represents your manifesting and expressive personality, which is your temperament and character. The Sun sign gives it specific form.

In good aspects, it would manifests in the best light, with its good qualities fully expressed. In bas aspects, the Sun’s positive energy is corrupted.

It stands for nobility, bravery, creativity, generosity and else, but also for vanity, ill ambitions and more.

Aquarius is an Air element sign of positive polarity, fixed. The Sun in Aquarius makes one an Aquarius person, although that does not mean that all Aquarius people are the same.

Aquarius is independent, visionary and very liberal personality. Many would say Aquarius people are eccentric, original and in front of our time.

They are extremely intellectual people, with an open mind and capability to observe the world on a bigger plan. They are humanitarian and peacemaking.

Aquarius believe in ideals of a better world and the change needed to achieve equilibrium.

They may appear shy and quiet, but Aquarius people could be revolutionary; they are leaders that attract others magnetically by their charisma and spirit.

Aquarius people are often eccentric, but rarely in an aggressive, shocking form. They simply do not fit into masses, although they love being surrounded with people.

This is a strange character; Aquarius are often as closed and distant, just as they are friendly and approachable.

They think big, which often makes them distant from their closest environment. Their dear ones could misinterpret that.

These people often come up with ingenious ideas and plans; they are visionary, but not lost in a fantasy. They think about future and are ready to change the world.

Aquarius people are heralds of future; their work on making the world a better place for all.

They are helpful and they enjoy supporting others. They are not calculated and they never ask anything in return. It is their mission to help.

The Moon represents the other side of your astrological coin. The Sun is dynamic and openly manifesting, while the Moon is hidden and it works behind the curtain.

It is inseparable from the Sun, as seen from the astrological perspective.

The Sun and the Moon are often interpreted as the reason and the heart. The Moon is intuition, emotions and imagination.

To reach his or hers full potential, one needs both of them. The Moon nurtures your Sun energy, giving you inspiration, not only motivation. It boosts your already given creativity and sparks up your fantasies.

It is a good thing, because your reason would decide what is possible and what it is not. The Moon will guide you subtly, the Sun will listen and thing rationally about it.

It shapes up your own, deeply personal impressions about the world.

It makes you empathic, sensitive, compassionate and emotionally fulfilled, but the very opposite, if aspects are bad.

The Moon in Taurus indicates a personality that knows how to enjoy the life to the fullest. Moon Taurus is calm, patient, very physical and materialistic personality.

These people are down to earth and capable of finding beauty and pleasure in small things.

For example, they very much appreciate nature, which is something many of us take for granted.

Moon Taurus enjoy making things with their own hands and they find great pleasure in it. It fills them with joy and calms them down.

They are materialistic and they like comfort. They are knows as ultimate providers; Moon Taurus deeply care about comfortable living and they would see to make it so.

They love coziness and care about their dear ones. They would see that their family never lacks comfort. They are good businesspersons and know how to handle money, but are not stiff about it.

The Moon in Taurus makes one a person who think s carefully before acting.

These people are slow and they like to enjoy things to the fullest; they are committed to their work, with the goal to find stability, but also so that could enjoy fruits of their success.

Moon Taurus are very tactile people; they find great joy and emotional fulfillment in physical touch. They are good and supportive friends.

Aquarius Sun Taurus Moon are usually well-balanced people who live a harmonious life. They balance between their rationality and their warm emotionality.

These people are calm and patient, with benevolent attitude towards other people.

Unlike Aquarius’ who think on a big plan, these people are more oriented towards smaller circles of people. They would like everyone to feel pleased and comfortable and they would gladly help it be so.

These people are tactful, innovative thinkers, but not as visionary or revolutionary as Aquarius Sun could be. They are rational, adaptable and flexible. They value small pleasures in life and do not like to attract attentions.

They are heroes in their closest environment, being protective and working to the benefit of others. These people are composed and peaceful.

Aquarius Sun Taurus Moon would try to avoid conflicts. They are reasonable and they would always offer a world of advice to their friends. Others respect what they have to say; they may not talk much, but what they say has genuine value.

They are very private and dedicated to their family. Unlike Aquarius that want to change the whole world so it becomes a better place for all, these natives would work on a small plan they would see that people in their closest environment feel comfortable and secure.

Some of them are focused only on their family or a small circle of friends, but others would work for some small community they are part of.

Aquarius Sun Taurus Moon are benevolent, intelligent and patient people, who never try to achieve anything by force.

They are mostly tolerant and understanding. They work quietly and do not like attracting attention.

Aquarius Sun Taurus Moon would be satisfied if something they have said or done actually helped anyone, without being put on a pedestal or so.

These natives have tendency towards being very stubborn about their ideas, which is typical for Taurus.

It could also happen that they lack motivation to develop further, because they enter the comfort zone and take it as it is. It happens if their Taurus Moon prevails.

No one could persuade them the change is needed, until their sleepy Aquarius Sun awakens and moves them.

These are passionate and warm lovers. They perfectly combine Aquarius inventiveness in approach with old school Taurus attitude. They are devoted to their chosen one and could be very romantic.

They need physical closeness with their partner, but also intellectual stimulation.

They need personal space so that they can express their individuality and creativity. They want their relationship to be a safe, cozy base they could always turn to.

The best match for an Aquarius Sun Taurus Moon is someone smart and warm.

They need a person they could talk to about their visions and deals, but also someone they could cuddle with and enjoy the presence of one another without a word spoken.

They need a laidback personality, not someone conflicting and too temperamental.

Aquarius Sun Taurus Moon are people who greatly combine their down to earth attitude with great inventiveness and originality.

They usually have a good balance between their rational and emotional part.

They gladly help others and enjoy seeing others feel comfortable.