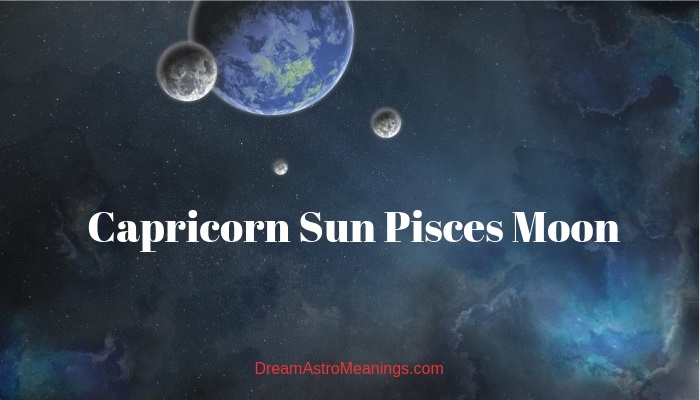 From the dawn of time, as we count it, to the day of our modern world, people have been looking for answers in the heavens above.

Throughout our history, we have been inventing all sorts of approaches to understand what lies out there and how it affects our lives.

So far, we have come to beautiful, astonishing answers, but we still do not know how planets and stars affect individual destinies.

One of alternative approaches deals closely with the effect that planets and stars have over individual people’s lives. It is astrology or, more precisely, a branch of this ancient discipline.

Natal astrology is focused on astrological destiny of an individual. Most of you have probably heard about birth charts. These are something like fingerprints; each one is unique.

A birth chart is a creation; it more than simply a technical representation of the starry sky at the time someone way born.

An astrologer puts great effort and all of his or hers knowledge into interpreting it and ‘creating’ your horoscope.

People commonly accuse astrological analyses of being false, because they take information given too strictly and they see astrology similar to predicting events. It is not like that at all.

First, your natal chart gives you an insight in who you are or, more correctly, who you might become of you use your potentials to their maximum.

There are many deciding elements and the Sun sign is the first to consider.

Being the center of your natal chart, the Sun represents your Ego. This is a principle of creativity, life energy and personal strength.

The Sun is also a masculine principle, a Fire element planet and the ruler of the sign of Leo.

It is also one of so-called ‘personal planets’. These are also the Moon, Mercury, Venus and Mars.

The Sun gives you your basic personality traits, defines your attitude, temperament and character. Your native or Sun sign is how you express your potentials and partially what they are.

The Sun also points out the sphere of one’s life that offers the best chance for that individual to express their full potential.

This field of life is also the one that could bring the greatest disappointment.

This fiery Luminary is your ‘real’, self-aware self. It is everything you are conscious about. The Sun stands for success, glory, generosity, knighthood, nobility and bravery.

All of these ideas and values could show in bad light, if unfavorable aspects in your natal chart cloud your bright Sun energy.

The purpose of astrological analysis is to make you realize that.

The Sun in Capricorn makes you a Capricorn personality, which further means you definitely possess some personality traits typical for all Capricorns.

The way these traits are going to manifest in reality depends on aspects and of other elements in a birth chart.

For example, the Moon sign could greatly affect it. We will come to that a bit later.

Now, what are Capricorns like? Capricorn is an earth element sign, cold and ruled by the planet Saturn.

Capricorns are the coldest and the most emotionally distant representatives of the Zodiac, many would say. They are genuine realists and there are no romantic dreams in their life.

Capricorns truly believe there is no life without hardship; actually, they believe life is a hardship.

Although people would say this is a dark and pessimistic approach, Capricorns are ambitious and they do believe success is possible.

Therefore, it is wrong to think they are utterly pessimistic. However, they do lack humor and easiness in life.

They take things too seriously, but not to personally. They are efficient in solving problems, they do things their own way and they cannot be exploited or manipulated.

Capricorns are reliable, mature and stubborn. They are honest, loyal and just.

Capricorns possess analytical minds and they are great at organizing and controlling others.

They need social recognition and status. They would work hard to get it. Capricorns are not people you want to be your enemies.

Although not malevolent, they could be fierce and destroy you of you manage to provoke them and hurt their proud nature.

If we see the Sun sign as one’s manifesting, visible nature, the Moon is what lies beneath.

It is like a subtle, fine mechanism that affects your actions and conscious decisions. It is needed so that you feel alive.

The Moon helps you absorb everything that is happening around.

It is a constant flow of energy; one absorbs, gets impressions, converts them into thoughts and actions.

The Moon and the Sun are two sides of the same coin that is you personality. The Moon is responsible for your emotional and intuitive part. It allows for flexibility, transformation and adaptation: without it, you would probably break.

They Moon rules the realm of fantasies and imagination. It feeds your creative sun sign.

Your Moon sign represents the way you get impressions from the world around you and it shapes up your emotional response. It is about how you react, not how you act. The Moon sign is your emotional personality.

The house the Moon marks in a natal chart is the place of the greatest emotional vulnerability and fulfillment.

The Moon is a water element planet and a ruler of the sign Cancer. It also has great influence over other Water element signs, such as Pisces and Scorpios.

The moon in Pisces feels comfortable, but its effect could be over-emphasized. Pisces is already an emotional sign.

Having the Moon in Pisces makes one very sensitive and highly imaginative. It is not a bad thing, but it could make you lost in the realm of dreams and imagination.

Moon Pisces are receptive, empathic, intuitive and often spiritual. They are intrigued by mysterious things and are idealistic.

It often happens that Moon Pisces have so strong intuition that many would say they were psychic, clairvoyant or else.

They are also very artistic people, who use art to channel their emotions. They often need additional channel to express their feelings, because Pisces are often quiet and prone to escapism.

These people are romantic and tend to observe the world through pink eyeglasses. They quickly run away to their realm of dreams, once faced with inconveniences of the real life.

They do not handle stress very well. They are too emotionally vulnerable and they receive everything as a shock. They usually come up to answers deep within, through introspection.

Moon Pisces are very compassionate. They feel your trouble and would always offer comfort.

They are at risk of getting overwhelmed by others’ emotions, because they tend to feel those as their own.

They are romantic, idealistic dreamers, but their intuition guides them through life and helps them see through others’ intentions and to recognize good opportunities.

These native Capricorns would never become as serious and strict as typical Capricorns. They are more flexible and more idealistic.

They are more ready to make a compromise and listen to other people. Capricorn Sun Pisces Moon would balance between their firm beliefs and attitude and their emotionality.

If in good aspects, these qualities could serve them well. They understand people around, but they still do not allow that others’ emotions, good or bad ones, take them over.

They could be supportive and, what is more important, they could practically help you. They are sincere people and they are with both feet on the ground, unlike Pisces Moon is general.

They, however, often unintentionally try to suppress their emotional response and fully rely on their reason. The Moon in Pisces brings some flexibility and refreshment in the life of a strict, serious and responsible Capricorn.

They rarely lose their track or give up their causes. Capricorn Sun Pisces Moon however allows people to get closer and they trust their intuition, combined with their reason.

They are talented and have more imagination than Capricorns in general. It is great that they are persistent and diligent.

They could really make their dreams come true, because they do not allow their dreamy Pisces Moon makes them remain in the world of romantic fantasy.

They are great evaluators of situations and have an instinct for a good opportunity.

Bad aspects could ruin the balance between two sides of this personality. Capricorn Sun Pisces Moon could go into one extreme or another, at the cost of one of those.

They either suppress their emotions or let them overwhelm them, which finds them confused, stressed, even shocked.

You do not want mess up with a moody Capricorn Sun Pisces Moon, because it is an unpredictable and fierce personality and you might get hurt.

They are less hard on themselves and less judging of others than typical Capricorns.

Capricorn Sun Pisces Moon still see marriage as something definite and of ultimate value, but they are romantic and more empathic.

They would wait for a perfect one to enter their life; they would never get married or start a relationship simply because it is something that is expected, which a native Capricorn could decide to do in general.

They are gentler and more compassionate in love.

The best match for these natives is a person who is creative and positive.

It should be someone to boost their own creativity and make them sure not to be afraid of their emotionality. It has to be someone kind and understanding, but firm and self confident enough.

The perfect one is someone who would show them love and compassion and inspire their ambitions.

These people are guided by their firm principles, but they allow their dreams and intuition to step in. they could be hard at times, because there are too many contrasts within their personality.

However, they remain sincere, honest and reliable. They could perfectly combine ideals with realistic approach.