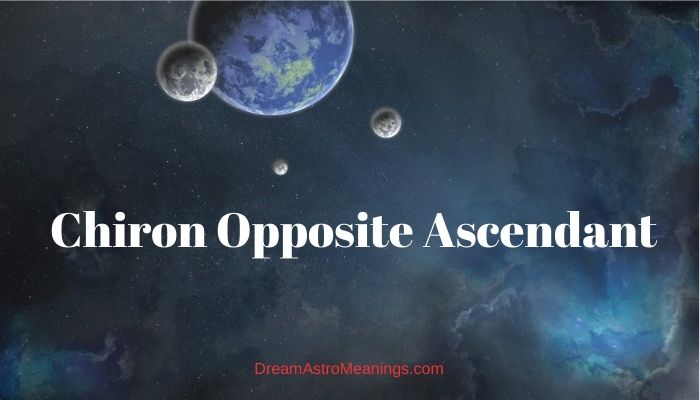 We move into the area of ​​the planets invisible to the naked eye, and Chiron is the only one of them belonging to the third level, the rest belong to the fourth.

Chiron is in many respects an intermediate, connecting planet; this is also manifested in its position in the solar system: between Saturn and Uranus, that is, on the border between the lower and higher planets.

Chiron does not show miracles and revelations, like the planets of the fourth level, but he nevertheless takes a person out of the boundaries of his everyday perception and mental picture of the world, showing him something that is almost implausible from the point of view of a person, but is still perceived as really existing.

This applies to both external and internal life: the laws of one and the other are formed in the public consciousness and sub consciousness, and going beyond the method and scope of vision prescribed by society is punished, so to speak, in an administrative and sometimes criminal procedure.

But Chiron knows how to shift accents and refocus reality so that a person violates the prescribed laws of perception without noticing it, and then it is too late to retreat back: Chiron shows this so clearly that then pretend in front of him that he did not see or understand anything, just impossible.

In external life, Chiron provides an almost supernatural way out of the dead ends of development, such a confluence of circumstances and the solution of questions and problems that, before they happened, seem incredible, but are later interpreted as possible and real.

Chiron gives a person a strong hint of the existence of the laws of karma; in particular, when it is active, signs begin to work, symbolically showing the near future.

In the inner life, Chiron shows access to such layers of the subconscious that allow you to clearly see the interaction of the higher and lower principles of a person and learn to somehow manage this process consciously.

Chiron brings human consciousness one step above the socially mastered level, therefore what he gives is perceived as a message from the future, but not from the day after tomorrow, as in the case of Uranus, and not directly from the incomprehensible God.

As in the case of Neptune and Pluto, but from the already close, almost coming tomorrow, so that the chironic reality is felt as standing on this side of the border of the psychic norm, although it is close to this border.

The main function of Chiron is to expand a person’s consciousness (and, consequently, his capabilities, but this is already secondary), and one of his main techniques is to establish connections between phenomena that were previously considered unrelated to each other.

However, the chironic expansion of consciousness is fundamentally different from the Mercurian (a quantitative increase in knowledge within the framework of one mental model), Jupiterian (the expansion of the number of spheres of consciousness within the framework of the mental picture of the world existing in society) and Saturnine (internal development and self-knowledge also within socially designated frameworks).

Chiron gives an expansion of personal consciousness, not yet sanctioned by the public subconscious and consciousness …, but already almost allowed by it.

In each epoch, Chiron gives his discoveries; for example, at the end of the 19th century, solar Taurus K. Marx and S. Freud (depositor of the Sun – Chiron) showed the world what he was almost prepared for, actually materializing social relations and the mental life of a person.

Now, after a hundred years, their concepts have become generally known, the models have been assimilated and largely outdated, and Chiron controls the discovery and materialization of other laws and phenomena.

Chiron is the planet of materialization of subtle plans. This, like everything in astrology, must be understood in relation to a given person (group, people, humanity), since what is subtle and barely perceptible for one has long been mastered and is actually material for another.

Therefore, the description below of the qualities and manifestations of Chiron will undoubtedly become outdated, as soon as Chiron materializes for humanity what it hardly comprehends today, and in forty years, that is, in 2028, this description can only be read together with a history textbook, and Chiron will manage completely different processes and manifest itself, perhaps, not at all.

Chiron connects with each other and materializes for a person his higher and lower “I” and controls the process of spiritual development of a person in the narrow sense of the word.

The ascendant or sub-sign in most cases can be recognized by someone’s appearance and characteristic posture, as well as the impression that person leaves on the environment.

You’ve probably already guessed the sign in which someone was born when you first saw it, and you’re even more likely to guess the subsign, because we mostly look like a subsign.

The ascendant or subsign, in fact, represents the axis of the first astrological field that symbolizes the personality, appearance, impression we leave on the environment, in fact, our image.

In most cases, the subsign can be recognized by one’s appearance and characteristic posture. In some other cases, the formation of the impression of a person is greatly influenced by the planets that are in the first astrological field.

For example, Venus gives beauty, but also extra pounds, which is the case with Jupiter, Mars and Saturn, thinner build and prone to injuries, Neptune provides a stunning look.

Of course, all this depends on the aspects that these planets form with other planets in the horoscope.

Chiron in transit with the Ascendant is a transit of partnerships and love decisions.

During this transit, sexuality, charm and libido were emphasized. Chiron Conjunction Ascendant aspect is where your libido is very strong.

The passion you feel towards the opposite sex in this aspect is all that interests you.

It doesn’t matter if your adventures are revealed. The ascendant aspect is in which you are attractive to the opposite sex. Your sexuality is emphasized and the opposite gender watches you with interest. You are aware of it and enjoy such moments.

Chiron square Ascendant is a transit in which you enter into relationships safely and readily. You are trying to find answers, you believe that love has not bypassed you, however this transit is not favorable as you are indecisive in what you want.

Chiron trine Ascendant aspect is in which your loved one shows you emotions, which causes you great happiness and satisfaction. Finally a love life has security.

Chiron in conjunction The Ascendant is a transit in which you are ready to welcome that true love. You have found a person who has restored your self-confidence and you are aware that the loved one will not turn his back on you.

Chiron opposition Ascendant transit is where your sexuality feeds your ego. Many turn to you, which pleases your ego. You are aware of your own attraction, but you still do not flirt.

Anyone who takes an interest in Chiron will easily understand why this planet is of such interest to scientists.

Here is a dispute that will continue for many years to come: is Chiron a planet, a planetoid or a comet; and its atypically small size.

And the unique fact that Chiron’s orbit is located between Saturn and Uranus, forming a triangle of agreement between the three planets.

Chiron completes a full circular rotation in about 50 years, gradually approaching the other vertices of this triangle – Saturn and Uranus.

Its orbit is unstable, and therefore for 1-2 millennia Chiron will retain the position we know on the celestial sphere, after which it will disappear from sight again.

The current situation made it possible to determine its position in a narrow interval from 1500 BC until about 4000 AD, when it sets behind the Sun again.

Outside the indicated time limits, due to the orbit that has not been studied until this moment, it is impossible to characterize Chiron.

The position of Chiron between Saturn and Uranus is considered to be atypical, therefore astronomers tend to consider Chiron a planet.

Its orbit crosses the orbits of two planets and it is no coincidence that it is called an intermediary between them.

Naturally, Chiron took his place in astrology. Like every planet, Chiron takes time to establish an impact on human life.

Chiron, of course, also influences the houses of individual zodiacal signs, forms aspects with the planets and sometimes changes their characteristics.

This may be the reason for an unexpected turn not only in the life of an individual, but also in the development of events on a national and planetary scale.

In my opinion, Chiron, with its powerful influence, leading to unexpected changes, can be compared with the influence of the Black Moon.

We know how Lilith manipulates us and events. In the same way, Chiron can enhance the negative or positive characteristics of a given sign or planet and is often able to refute our expectations.