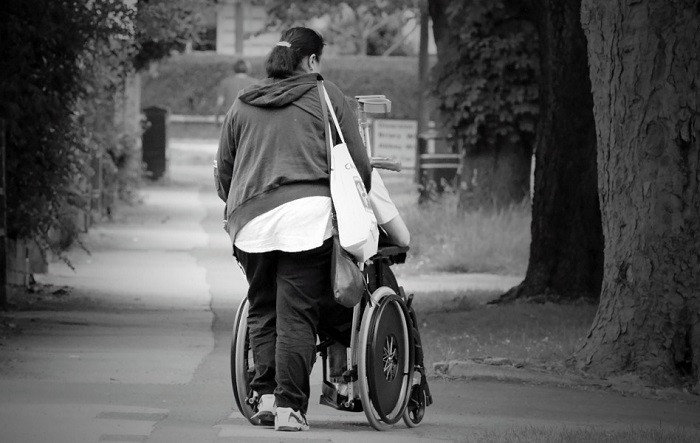 Around 40 percent of the population has already experienced it: sleep paralysis – a consciously perceived paralysis during sleep.

It only occurs during sleep and is usually very frightening and difficult to put into words.

The good thing about it: In the vast majority of cases, it remains a one-time encounter.

However, some people experience such frightening episodes every now and then. You are regularly plagued by this sleep disorder, which can have a lasting effect on the overall quality of sleep.

This phenomenon is a kind of waking state that is consciously experienced during sleep. This happens either shortly after you fall asleep or a few seconds before you wake up.

First of all, the person concerned “notices” that he is sleeping.

At the same time, however, he perceives the profound paralysis of his entire body.

This observation alone can unsettle the person concerned and sometimes even shock them.

Dream of Being Paralyzed – Meaning

Often times, the symptom is aggravated by the addition of certain nightmares.

Then demons, aliens, monsters, intruders or other dark figures join them. They are always perceived as a concrete threat by the sleeper.

In some cases, the person affected can also develop the feeling of falling into the abyss or of suffocating.

During this time, he cannot defend himself or call for help – the body is completely paralyzed. After a few seconds he wakes up full of fear, bathed in sweat and racing his heart.

There is actually a completely natural process behind the symptom: whenever sleep sets in, the body relaxes. This relaxation goes so far that it comes to a natural relaxation, the so-called REM atonia. Except for the muscles of the eye, all limbs are completely paralyzed.

The REM atony ensures that we experience what we have dreamed of, but cannot understand it with the body.

So we lie relaxed in bed while we dream about walking around, climbing stairs or skydiving. Atony, i.e. the limpness or paralysis of the limbs, is an important protective function.

The transitions between wakefulness (muscle tone) and sleep (muscle paralysis) are fluid.

Usually they are not noticed by the person concerned or are even described as pleasantly relaxing. It is beneficial for everyone to slip comfortably to sleep or to wake up slowly without an alarm clock.

Even when the body feels paralyzed, the limbs are not really frozen.

Rather, during REM sleep, the signal transmission within the brain stem is manipulated in such a way that the spinal cord no longer receives any commands.

The result: when the brain commands the inability to move, the muscles no longer receive any instructions. You slacken and relax.

Those affected often report that they not only perceive their wakefulness or rigidity, but also receive uninvited visitors. These are almost always specific threatening situations in which the life and limb of the sleeper are in danger.

People are degraded, hunted, tortured or even threatened with death. These nightmares are usually perceived as more threatening than rigidity itself.

These are distressing dreams that you may have experienced at some time in your life.

In this article I am not going to talk about people who suffer from sleep paralysis, but rather to give meaning to their interpretation in the phases of sleep in which we sleep soundly.

This is usually a nightmare rather than a pleasant dream and is prone to originating from those who do not know how to escape from everyday problems.

In this way it is not surprising that this nightmare can affect anyone, regardless of age and gender. But what is the subconscious trying to tell me?

Certain authors defend the idea that dreaming of being immobilized or paralyzed means your anguish and fear when certain problems are coming. You really do not know how you are going to deal with those aspects that disturb or disturb you. A mortgage payment that you don’t know how to pay? Sad news to tell your family members?

The arrival of an unwanted event? You should not take this interpretation at face value. Logically it will not have the same meaning to dream of being paralyzed because you have been trapped in quicksand than to dream of being chased and not being able to move forward because something inexplicable happens to you: Your legs and feet do not obey. Read these simple cases on how to analyze these nightmares.

Dreaming of being paralyzed or immobile is a fairly common nightmare. You wake up with a terrible feeling of anguish.

Do you think you are stuck in a relationship? Do you think that you cannot advance in your career path? Do you have the feeling that there are unexpected turns in your life and you don’t know which way to choose?

Dreaming of being paralyzed or immobile due to not being clear about your priorities. You need a few minutes to reflect. You must make clear what your illusions, expectations, wishes of life are.

Also define your goals and objectives. You don’t need to set very high goals; step by step, dream by dream is the best way to start. At certain times it is better to advance little by little than to stand still.

Dreaming of not being able to move and being paralyzed when your desire is to flee. We already discussed in a previous article the meaning of dreaming of escaping and running away.

Being petrified and your feet unresponsive during sleep can indicate the fear that you know that certain setbacks are inevitably going to come. Be optimistic and fight to solve your problems.

Dreaming that certain parts of your body are paralyzed. Feeling of not being free to make your decisions. You need other people to help you take that book that you want to take because your arms do not respond or dream of being blind because your eyelids do not open. You are dependent. Feeling of frustration accentuated by your inability to act decisively.

Dream of Being Paralyzed – Symbolism

Sleep paralysis is not a dream, but a particular condition that can occur when you wake up or fall asleep: you are ‘awake’ and conscious but you feel immobilized, paralyzed: even by straining yourself, you are unable to get up, to pull yourself up from bed, nor to move a single limb of your body; you are completely stuck.

Fortunately, this condition is temporary and your body quickly resumes moving normally, but it is still a very bad experience, also because of the terrible ‘nightmares’ (or rather, hallucinations) that often occur in those moments of immobility.

Many people who have tried it describe it as a truly terrifying experience, much scarier than any other ‘normal’ nightmare.

Often you notice the ‘presences’ in your bedroom, threatening figures, which get closer and closer; sometimes they appear as dark and eerie silhouettes, sometimes as demons, witches or evil spirits who want to suffocate and crush their victim in bed.

Sleep paralysis is estimated to affect around 40% of the population, but it may also be more common than people think.

In fact, many people who have experienced it do not know how to identify it because it is still unknown to most; then we prefer not to talk to others about hallucinations for fear of being considered ‘strange’, or even ‘crazy’.

Sleep paralysis is not a mental illness, but neither is it a simple ‘dream’; the mind is conscious and awake, there is no doubt about this, because the tests done with the current tools show it. Paralysis is true and real, and there is an explanation that involves the sleep mechanism.

Although there are descriptions and testimonies of this phenomenon since ancient times, only with modern scientific instruments and studies of sleep medicine has it been possible to understand what really happens to subjects who have sleep disturbed by these strange experiences.

in sleep paralysis you are awake but you cannot move During the REM phase, the body cannot move: this is a completely physiological defense mechanism, put in place to prevent us from really making all the gestures we do in a dream; this ensures that sleep takes place continuously, quietly and without dangers, in order to guarantee maximum rest.

In some particular conditions (stress, fatigue, lack of sleep) it may happen that the REM phase extends a little beyond its normal boundaries: it could intervene immediately, in the first phase of sleep, when our mind is not yet completely asleep; or our mind may wake up while the body is still undergoing the effect of the REM phase.

A kind of ‘phase shift’ can happen, whereby our brain wakes up (we are conscious), but our body is still ‘asleep’: all the muscles are blocked, so in those moments you feel the sensation of being paralyzed.

Nocturnal paralysis occurs at the moment of awakening or falling asleep, but this does not mean that they occur only in the morning or in the evening; they can also arise during the afternoon nap, even with lights on or in broad daylight as well as in the middle of the night. Some have had it falling asleep at school, or on the bus.

During the episode of sleep paralysis, terrible ‘nightmares’ often occur: all of this is not real, but it is not even a simple ‘dream’; more precisely, it is a matter of ‘hypnagogic or hypnopompic hallucinations’, those particular visions that occur during falling asleep or waking up.

During the night paralysis, the visions are very vivid and realistic: you see your bedroom, your body exactly as in reality, when you wake up normally; but then the hallucinations of evil and threatening creatures mix with the real environment; one sees intruders in one’s own bedroom, obscure presences whose physiognomy cannot be distinguished. Sometimes they talk to you, or touch you, with realistic tactile sensations.

It is very common to dream of being in a dangerous situation and finding yourself unable to move and scream, completely paralyzed despite the desire to escape. Usually in these cases we awaken and sometimes the temporary paralysis persists for a few moments after awakening.

The causes of this dream can be different: physical fatigue protracted to the limit, fear of facing unpleasant situations, worries related to one’s economic conditions.

It is usually a recurring dream, linked precisely to certain moments in life where the same unpleasant situations recur. Feeling helpless and stuck in dreams reflects how we feel in real life.

There are probably situations or relationships in which we prefer to stay still rather than react, due to inability, laziness or convenience.

Choices that are then reflected in our subconscious giving birth to this type of dream.

Dream paralysis can also arise from excessive self-control during the day: the frustration of not having reacted as it was necessary, of having controlled and repressed, leads to this annoying dream.

Sometimes we wait for help from the outside, helpless and defenseless, without trying instead to find within ourselves the strength to change the situation that disturbs us, to resolve differences, to seek solutions to small and large problems that we find on our path.

This “mental” paralysis in life is reflected in the dream, preventing us from running away, talking, moving and making us feel in grave danger without being able to do anything to escape it.