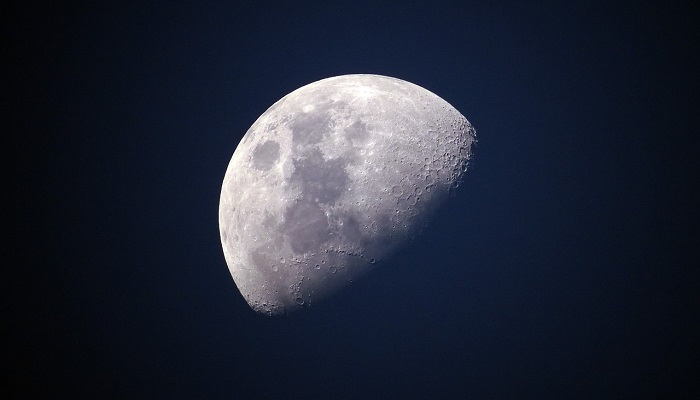 Today we will be talking about one of the most mysterious and beautiful motifs that occurs in dreams, the Moon.

Since old times, the Moon has been associated with beauty, imagination, magic, mystery, the realm of dreams.

Beside the glorious golden Sun, the lovely silver Moon has always been an object of adoration and admiration throughout the world’s cultures, religious, mythological and spiritual systems.

Since times of the magnificent civilizations of Ancient Sumer, Egypt, Babylon, Greece, Rome, China and many more, the Moon has remained the source of incredible inspiration. Some of the most beautiful stories about the moon are Greek myths about Selene, the daughter of the titan Hyperion. Selene means ‘the moon’, precisely.

Selene from the Greek myth was so beautiful, accompanied by the starts, each time as she would travel across the sky.  In the Roman mythology, the counterpart of Selene was Luna, the same celestial entity.

The Moon was also identified with the Greek goddess of hunt, forests and animals, Artemis. Now let us get back to reality, for a brief moment, at least; it is hard to resist the inexplicable, haunting magic of the Moon.

The Moon does not produce its own light at all. Its light comes from the Sun. The Moon reflects its energy and its beautiful light, giving it another shape, another vibe and changing its meaning.

We could think of the Sun as of our conscious and of the Moon as of its loyal companion, our unconscious. The Moon is the thin, fragile veil of our personality, yet strong in imagination, magic and inspiration.

The Moon represents the feminine principle, and is associated fertility, care, nurture and grace.

In astrological symbolism, the moon represents the figure of the Mother and is strongly associated with the intimate, private, cozy, familial, related to home. The Moon is changeable; it travels fast through the Zodiac and across the sky.

It represent memories, dreams, visions, inspiration, imagination, everything that is continuous, yet unstable, at one moment to close, yet in the next one, out of our reach. The moon represents spirituality, spiritual journey, discovering oneself in the depths of the soul.

The Moon is pure magic that lives within us. No wonder it excites us, amazes us and, at times, even scares us. 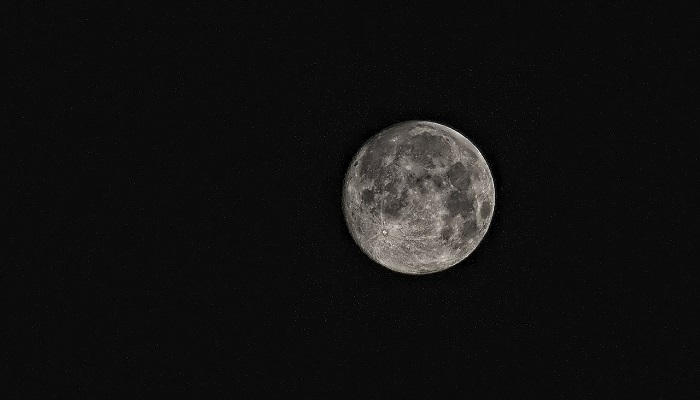 Dreams about the Moon

The Moon is strongly associated with the night and dreams. It is the nighttime when the Moon is visible the most, although it also appears in twilight hours, which gives it perhaps even more obscure tone.

Sometimes, you could see it during the day, in the morning. Be it visible on the nightly sky or not, the moon often visits our dreams.

What does it mean to dream about the Moon? What secrets doe sit hide or reveal to us?

Dreams about the Moon are dreams about the hidden side of our own personality, since it is the symbolism of the moon as seen in astrology and in other spiritual interpretations.

The Moon in dreams represents one’s feminine, sensitive, emotional, dreamy and romantic side, amongst other things. Of course, the meaning of the dream depends on the details.

Since the Moon is also associated with changeability, instability and flexibility, as being associated with the element of Water, the Moon in dreams also represents your own turbulent nature, changing moods and possibly your insecurity, restlessness, inability to focus.

It also stands for instability in terms of your emotional side.

The Moon rules the sign of Cancer and is in tight connection with water element signs of Pisces and Scorpio; they all are extremely emotional.

Dreams about the full moon

It always carries mystical connotation. For example, the full Moon is associated with mythical creatures of the night, shape-shifting, witches and werewolves. It gives it somewhat ‘dark’ tone, but not necessarily; it depends on how you understand such stories and myths.

It could represent your inner self that wants to come out, but, for some reason, you find it hard to express it in reality.

On the other side, beautiful, shiny full Moon, white or yellow stands for something that is complete, achieved, accomplished, something encircled.

In dreams, it could reflect your satisfaction with what you have achieved so far, especially in terms of your personal desires.

You feel complete on a spiritual level; you have found yourself in spiritual sense. The full Moon means you are content, even if the actual full Moon might affect your sleep pattern.

Dreams about the crescent moon

For some people the crescent Moon is the most beautiful shape of the Moon to be seen; no doubt it appears magical.

If it occurs in your dreams, it represents adjustments, adaptation, changes that follow a cyclic pattern.

This dream means you live according to your natural life cycles; each person has his or her own, besides universal natural laws.

This is a good dream; it indicates smooth and gradual adjustment, the capability of understanding the world and fitting in, but in your own unique style.

Dreams about the lunar eclipse

Dreams about the lunar eclipse could be understood in different ways.

Since the Moon represents femininity in the first place, the dream about the eclipse often indicates your feminine, gentle, nurturing side is being shadowed by something else.

It could be a consequence of your own doing or of someone else’s.

Perhaps you let your tougher side to dominate, because your life circumstances require you to be the tough one.

This dream also suggests that there was something putting a shadow over, something that does not allow you to shine.

It could be associated with both the sun and the moon, since the Sun is what actually gives the Moon its glow.

Perhaps there was an obstacle in your waking life that prevent you from finding the source of your light, you cannot find an ideal, a role model, a goal, an inspiration or whatever so. Something clods your view and so you cannot see the light and shine yourself.

Dreams about touching the Moon

Regardless of the exact scenario, touching the Moon in dreams is associated with desires and possibly with ambitions.

This is sometimes understood as you having very high ambitions and expectations from yourself, although these concepts are usually associated with the Sun principle.

Dreams about touching the Moon are perhaps more related to your emotional desires, your fantasies, ideals and dreams.

You wish something so badly and it definitely gives you great drive, although it could also torment you, being hardly reachable. With the Moon, all frequently remains in the realm of abstract, imaginary, dreamy.

This is a strange and a rare dream. Dreaming about seeing two Moons on the sky suggest you have more than one great and thrilling source of inspiration and desire.

These things could be or not be related to one another and it makes you feel thorn between them.

This is a dream that could appear to artistic, versatile, visionary minds, restless and always wondering. However, it also means you are on a road to find your direction.

This dream is as if you have double vision; you see different sides of the same thing that inspires you greatly. You may still have no idea which one to pursue, because they both seem appealing, attractive, and even seductive. Let the time decide.

Speaking of which, there was an expression of ‘walking to moons’, which figuratively means one should take time to think through a current situation.

Dreams about the Sun and the Moon

Dreams in which you see both the Sun and the moon are strong and meaningful dreams. Depending on your current situation, the meanings differ.

This dream indicates your conscious and subconscious sides are in balance.

Your reason perfectly corresponds to your emotional self; you trust both your intellect and analytical mind and your feelings and intuition. This is a dream that represents the ultimate inner balance, which is hard to reach.

The dream suggests you are on a good path to achieve inner equilibrium and maintain it until the next cycle of change comes your way.

On the other hand, especially if you felt nervous about the dream and it had some hidden sinister tone, as if the Sun and the moon were somehow opposed, conflicted, the dream means you struggle on the inside.

Your mind fights your feelings, your reason cannot control your emotional side and you feel thorn between the two.

Given the fact that the Sun is the one to provide the light to the Moon, but that the Moon in return reflects its light in a mysterious way and feeds it back through imagination and with more subtle energy, the dream suggest you are searching for that balance.

Your reason should be the controlling force, but only to some extent. Finding the balance between your own solar and lunar energy is not a task, it is the art of life itself.

Dreams about the Moon and the stars

Dreams in which the Moon is accompanied by many stars are wonderful dreams that tell about your subtle, imaginative, dreamy side.

Those lovely sparkling starts never outshine the glow of the Moon, but make it all more beautiful.

In dreams, their glow is the companion of the Moon’s glow, meaning your imaginative, romantic and intuitive side has great support.

You must be an incredibly creative and imaginative personality, capable of finding inspiration in everything in life.

Dreams about the destruction of the Moon

If you dream that the Moon has exploded or hit by a huge asteroid or got destroyed in any other way are dreams that usually reflect the great disappointment in one’s own ideals.