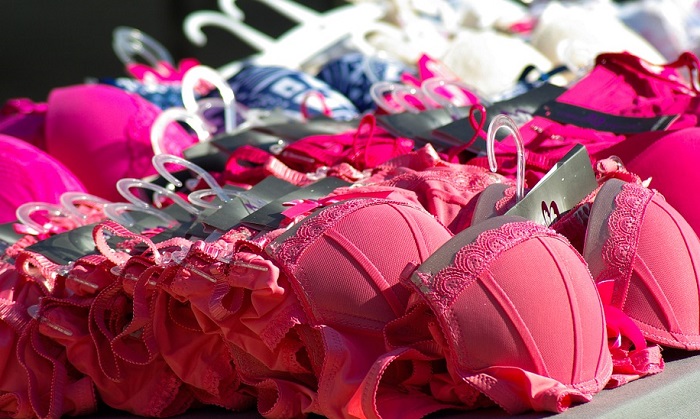 Looking at the analyses of the most famous psychoanalysts in the world, Sigmund Freud, many if not all of our dreams are connected to the unconscious part of our brains, and the majority of them have some connection to the sexual aspect of us.

An item, object, person, or event is seen as a dream motive potentially hides its root in a sexual, hidden part of us.

Now, here is the question – what does it mean when to have a dream about something that is more than others connected to the sexual part of our lives, for example, the underwear?

Does the dream that has this motive is more sexually denoted than some others?

It does not have to be the case since it all depends on how you dreamt of it.

Dreaming of underwear can have different interpretations depending on how you dreamed of it, as we have said, and when it comes to its rarity, in that case, we will say that it is not the most common dream you can have, but certainly very memorable.

If you dreamed that someone took off your underwear in public with the intention of making fun of or embarrassing you, it might mean that you will witness some injustice and that you will stand up for it.

It is possible that they harass a new colleague at work by burying him in the job and that you will not allow it to continue, because in the beginning you yourself were in such a situation and you know very well what it looks like.

Try to resolve this calmly and with conversation by trying to explain to those that they too were once in the beginning and did not know the job. Take care not to offend them.

In a version of a dream where you are dreaming that you are making fun of someone, by putting underwear on someone’s head, it can mean that you have a person in your life to whom you can confide all your secrets and feelings without fear of passing them on to someone.

In fact, you thought they wouldn’t pass them on to anyone. It will soon turn out the opposite, and you will find out that some people know a lot more about you than they should, thanks to that person. Take care of who you trust in the future so that you are not cheated.

If you dreamed of sexy red underwear (this dream may be one of the most common versions of the dream about underwear), it could mean that you and your partner will have exciting moments in bed.

It is possible that you will introduce a novelty into your sex life by researching to find out that you both like a certain pose and that your relationships will become more frequent.

But we must say that this dream has an alternate version – you are craving more excitement in the bed, and your love life is very boring, so this need comes into the light when you sleep.

If you dreamed of sexy black underwear, it might mean that you are no longer satisfied with your sex life.

It is even possible that you have been alone for a long time and that your future has been kept to a minimum even though you do not want to.

The stars are not in your favor, and a certain period of time will pass in which you will abstain.

After that period, you will meet a person who will fit perfectly into your needs, and you will be much more satisfied.

If you have dreamed of wearing underwear in your pocket, it may mean that you are a person who finds it difficult to approach the opposite sex and start a conversation. You are one of those people who comes back from going out on their own instead of someone ending up in your bed for a change. You will change this only by gaining experience.

If you’ve ever dreamed of someone tying you up and stuffing your mouth with underwear with an intention to hurt you in some way, such a dream is very scary.

In reality, this is the dream that could mean you’re a person who is prone to and likes perversions in bed.

No partner can surprise you with their request with their deepest desire because there is nothing you are not or do not have the desire to try.

It will be extremely difficult for you to find a partner who will be able to satisfy your sexual appetites and curiosity to try something new and different. Your research will come to an end only when you meet a person who is very similar to you.

In a more probable version, this is the dream that speaks that you are the person who wants to experiment in bed but is scared and has a fear that you will be ridiculed. And you are not able to express yourself in a healthy manner.

This is definitely a part of life you should work more, talk to someone who will help you open your eyes, and finally start enjoying yourself in bed.

Decoding the Dream about the Underwear

Just like in every dream, this one also can turn into interesting and, in some cases, bizarre turns.

But, this does not mean that the dream you have, even such a twisted one, is not uncommon.

So, for the process of a deeper decoding the dream about underwear, in a version of a dream where someone is putting dirty underwear on your head can mean that someone will embarrass you in the coming period or will try to do it.

In your environment, you have a person who introduces himself as a friend, but unfortunately, he is not even close and is just waiting for a moment to hurt you. You are a person who generally trusts people a lot and makes friends easily, but you have to choose who you put in your heart so that you are not hurt.

In a version where you have a dream that you are burning your underwear (fire, matches, gasoline, whatever), which could mean that you are trying to hide some bad habit from someone.

It is possible that this is the person you intend to spend the rest of your life with, and you believe that it will be very difficult for you to hide it in the future.

The best thing would be to get rid of these bad habits, or if you are not ready for it, be honest with yourself and your future partner and tell him the truth so that she would not be disappointed in you further because you hid it from him.

As you could have seen, dreams about underwear are not necessarily associated with the sexual life of the person who has a dream, but, in others, it can have some root in it or a clear connection to it.

In order to gain experience in talking and approaching a person in different situations, you have to work right. You will probably be rejected more than once, but over time you will improve your score as you progress.

If you dreamed that you stole someone’s underwear, it could mean that you are in a relationship with a person who is already married or in a long and serious relationship.

That person will never be ready to leave their partner because of you, and only occasionally in exceptional moments will you cut yourself as if he is one hundred percent yours.

That feeling will last for a very short time because those moments will be very rare, and you will be the second in her life. Either come to terms with that fact or break that connection once and for all.

Underwear as the motive in a dream can come as a representation of your own sexual identification, wishes, and how you see yourself. You acknowledge and consider the free features of your personality and the ability to share them with others.

But at the same time, the dream about underwear can speak of something else. This may be the dream that is showing you how to open a part of yourself to others that no one else has seen.