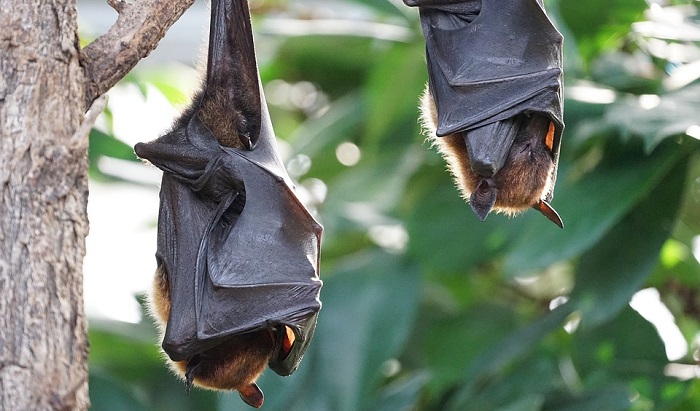 Bats are boogiemen in almost all scary stories in popular culture. However, these strange creatures of the dark are differently depicted in various cultural systems around the world.

For some people, bats are god-like, for others, they are pests and evil-bringers. Most of modern day people, Westerners particularly, think of bats as demoniac, vampire related creatures.

We have learned this from well-known Victorian Goth novels and tales, such as Bram Stoker’s Dracula and others.

We usually associate bats with dark places, gloomy castles and abandoned mansions, with tales of darkness, mysteries, secrets and despair.

Interestingly, dreams about bats could mean many different things; not all of them as bad as you might suspect.

Well, did you know that bats were worshiped as cruel, but divine beings in Ancient Mayan folklore and tradition? Bats are far more mythological than you might think.

Dreams about bats could be particularly intriguing and even inspiring.

Before we continue to interpretation of bat related dream, let us find out more about bats’ symbolism, cultural and mythological depiction.

While in Westerners’ folktales and stories bats have always been seen ‘wings of darkness’, in certain other cultures they were worshiped and respected. In Mayan folklore and mythology, bats were considered divine creatures.

While they also were associated with concepts of darkness and the world of the Dead, they were at the same time believed to be fortune bringers.

The thing is, Ancient Mayas appreciated death as an inevitable part of life; Westerners do that as well, of course, but generally think of it with more fear. 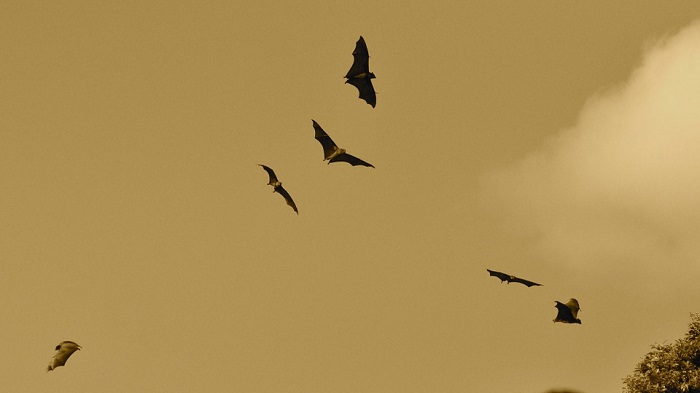 For them, bats were messengers from realms of the Dead, but not necessarily in a negative way, although they do have some pretty scary and cruel legends and myths about bats.

In Mayan culture, bats rule over the realm of darkness, underworld of Xibalba and they are portrayed as merciless god-like beings.

Over the world, bat symbolism is not homogenous. In addition to negative depictions in most of Westerners’ traditions, bats also symbolize rebirth, communication, new beginnings and opportunities.

We associate these creatures with darkness, simply because they are nocturnal creatures.

Bats we meet in our neighborhood, in urban areas are nothing of those heralds of death we think of; actually, they are helpful and benevolent animals that free our air of insects that bite us.

Now to the brighter side of bat symbolism. Did you know that Chinese people actually love bats and appreciate these animals?

In Chinese tradition, bats are seen fortune bringing, lucky animals. It is interesting to note that Chinese expression fu, which means ‘a bat’, is actually the same word they use for ‘luck’.

Chinese have a special belief about wufu or ‘five bats’ that equals their concept of ‘five blessings’, which include love, health, longevity, richness and peaceful death.

Now let us talk about bat related dreams. We have seen above that bats’ depictions vary and that, just as many other ‘dark’ and a bit repulsive animals, bats have dual symbolic nature.

While people are not generally fond f bats as they would be of kittens and puppies, there are still those who find them fascinating, amazing and even cute.

Well, interpretations of bat dreams partly depend on your own ideas about bats. While dreams about bats could appear scary and unpleasant, they are not always bad omens, on the contrary.

If you often have dreams about bats, you could start thinking more about your future. Bats in dreams could represent vital changes and new beginnings, since they are associated with concepts of transformation and life phases.

Bats in dreams could announce and indicate changes in your waking life. If you often just see bats in your dreams, it could mean you are about to step into a new chapter of your life. You have to let go some of things you are used to, in order to progress.

New beginnings are always a bit uncomfortable, no matter how good and positive they actually are and you might feel unprepared or unwilling to change patterns of your current situation.

However, if bats keep returning to your dreams, it means changes are inevitable and they are likely to happen very soon.

This interpretation stands for dreams in which you only see bats, without any interaction with these creatures. They could be seen flying, hanging from somewhere or so.

Dreams about bats attacking you

If you dream bats attack you or bite you, it could obviously be a bad omen. Such dreams could be reflections of your waking life situation, even if you are unaware of it and you actually do not feel threatened in reality.

There could be people in your life that wish you bad luck or that want to hurt you. You should open your eyes and seek for signs of betrayal and danger. Do not overreact; such a dream is a sign of warning and it comes to prepare you in proper time.

If you have been bitten by bats in your dream, it means someone or something drains your energy.

Maybe you have surrounded yourself with toxic people, so such a dream comes to you to make you aware of that.

You might feel exhausted and tired all the time and you still do not know where it comes from. In the worst scenarios, dreams about bats biting you could suggest you are ill, so it could be good to check this out.

Dreaming about a white bat

In some interpretations, dreams about white bats are particularly negative. It is believed that if a white bat appears in your dream, a member of your family or another dear person will face great trouble, get very ill or even die.

However, interpretations could vary depending on your personal experience in such a dream. Seeing a white bat is something rare and quite unique, even in realm of dreams and illusions.

If you feel good about this dream, it could turn out to be specifically good sign.

Since bats are associated with concepts of communication, connection, the finest senses and inner depth, dreams about a white bat could suggest you will soon get some good news or that someone from your past want to hear from you.

Maybe you have some unresolved relations to finally put to an end or a white bat could represent a soul of a deceased dear person.

If that is the case, it could mean this person comes to you from afterlife to protect you and guide you. If you feel uneasy about white bat related dreams, search for danger signs in your waking life and try to prevent bad things from happening.

Dreams about killing a bat

If you dream about killing a bat, it could mean you are unsatisfied with your current life situation or with your own self. There could be traits and habits you would like to change, but somehow you continue to behave the same way.

Killing a bat could be a reflection of your need to conquer the behaviors you do not like in reality.

You feel frustrated, because such pattern of thinking and doing things prevents you from developing and progressing in your life. Such a dream illustrates that frustration and eventually helps you figure out how to overcome it.

On the other hand, this dream could suggest you have enemies around you and you are aware of that, but you are still unable to find a way to outsmart them.

You feel threatened, but helpless. Try to calm down and do not let your fear and anger cloud your mind.

Killing a bat in your dream could reflect your readiness to cut down toxic relations in your waking life and start fresh (change a job, end a romantic relationship etc.)