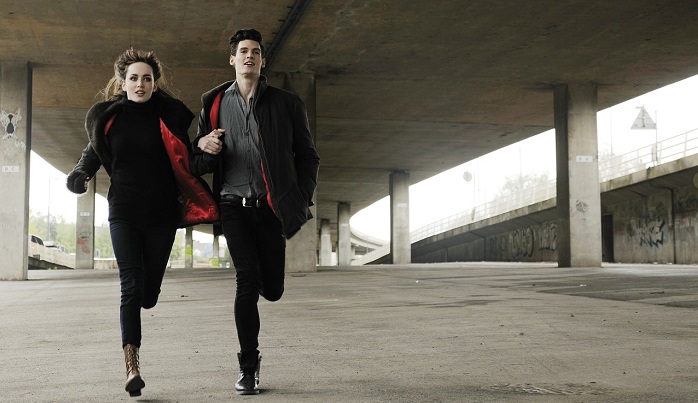 Dreams of chasing someone or being chased are common dreams nowadays. These dreams usually reveal being under a lot of stress and anxiety.

In our dreams of being chased, we usually dream of someone known or unknown to us, chasing us while we try to escape or hide somewhere from the chaser. Sometimes the chaser is a monster or an animal. The chaser usually tries to harm us in the dream or we perceive as if the chaser has such intentions.

These dreams are often dreamed when we avoid dealing with some issues and problems and instead of avoiding or ignoring them. Dreams about being chased also reveal your nature, and describe you as a person who tends to escape instead of dealing with the problems.

Sometimes these dreams indicate that you avoid resolving some issues with people who are close to you, such as friends, or family members. Sometimes they might reveal being under pressure by some situation you consider embarrassing.

These dreams often symbolize some issues or situations you feel unable to solve or overcome, and you keep postponing dealing with them.

Very often we dream about being chased when we have some major issues in our life we don’t feel prepared or able to deal with. The dream’s message is to take action and confront the issue.

In some cases, dreams about being chased and running away from the chaser, reveal the actual run from some traits of our personality, or some things in our lives.

The dream is asking us to think about these things and deal with them. Ask yourself what is what or who you are running away?

We sometimes have these dreams when we have fears that someone might attack us.

It is different when someone or something is being chased by you. Such a dream often reveals your ambitions and your drive to pursue your goals and desires. 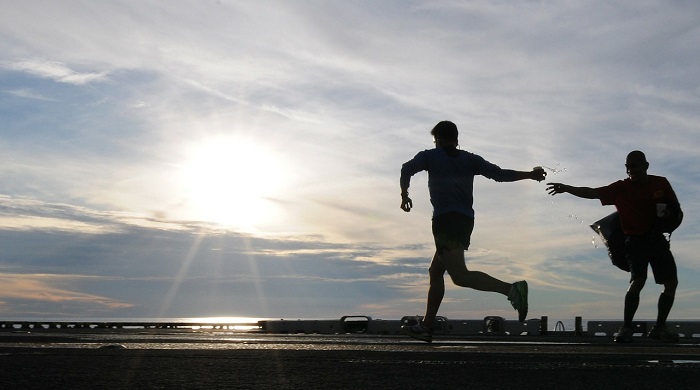 When deciphering a dream about being chased it is important to take into consideration your distance from the chaser.

For example, if the chaser was close behind, that dream indicates major problems which won’t disappear without your intervention.

If the chaser was far away from you that could indicate that the issues you have might even disappear on their own without being forced to take actions.

The traits of the chaser are also important for deciphering this dream, and could point out to the issues you have been avoiding.

If you have recurring dreams about being chased, you should consider these dreams as a serious warning from your subconscious and try to deal with the issues bothering you as quickly as possible.

Dreams About Being Chased – Meaning and Interpretation

If you did manage to escape, the dream possibly indicates being able to avoid being hurt by this person.

In some cases, these dreams indicate financial problems, or your financial worries about the future.

Dreaming of someone or something being chased by you – If you dreamed of chasing someone or something, your dream often reveals your desire to accomplish something. You might be after some goals you are attempting to achieve, but you somehow don’t seem to manage.

You might also have some problems you are not able to resolve.

It might also indicate being overwhelmed with responsibilities you have been postponing and ignoring.

This situation could be the cause of severe anxiousness and stress you are feeling.

If that is what you are currently experiencing it would be wise to seek someone’s help to resolve the issues you have.

Dreaming of being chased without being able to see who the chaser is – If you dreamed that someone chased you but you weren’t able to see who exactly, your dream could be a suggestion from your subconscious to try to discover your true feelings towards someone.

This dream could also indicate being stressed and anxious because you avoid dealing with some unclear issues.

This dream also indicates that the situation won’t improve any time soon.

Dreaming of being chased by vampires – If you dreamed that vampires had chased you, your dream could reveal your desire to experiment sexually. It could also indicate being careless and putting yourself in dangerous situations because of that.

Dreaming of being chased by something evil – If you dreamed that something evil had chased you, that dream could indicate having problems and difficulties you want to escape from. This dream is a warning from your subconscious to deal with these issues because they might only get worse over time.

Dreaming of being chased by demons – If you were chased by demons in a dream, that dream usually isn’t a good sign. It could indicate having some marriage or relationship issues and experiencing some emotional or psychological problems because of them.

This dream could point out to some unresolved problems with your partner, as well as the arguments and disagreements you two have.

Dreaming of your father chasing you – A dream in which you were chased by your father usually isn’t a good sign. It might indicate being unable to do what is best for you in some situation. This dream could also indicate ignoring some wrong decisions you have made in the past and their consequences.

Dreaming of being chased by animals – If you dreamed of being chased by various animals, your dream is a good sign. This dream usually announces a good period in your life, full of joy and happiness. If the animals frightened you in the dream, your dream could indicate repressed anger or avoiding going after your desires.

Dreaming of being chased by an elephant – If you dreamed that an elephant had chased you, your dream isn’t a good sign. It could reveal your desire to escape or avoid something which will certainly upset you. This dream could indicate avoiding quarrels and disputes or getting angry at someone.

In some cases, this dream indicates trying to hide something you know someone will be upset about.

Dreaming of being chased by a snake – If you were chased by a snake in a dream, your dream isn’t a good sign. It could reveal your desire to avoid or escape from some person you don’t trust. In some cases this dream indicates trying to avoid making loss, or fail at something.

Dreaming of being chased by a bull – If a bull had chased you in a dream, your dream could indicate having problems at work. In some cases it indicates your colleagues competing with you.

Dreaming of being chased by bees – If bees had chased you in a dream, that dream isn’t a good sign. It usually indicates facing some problems soon.