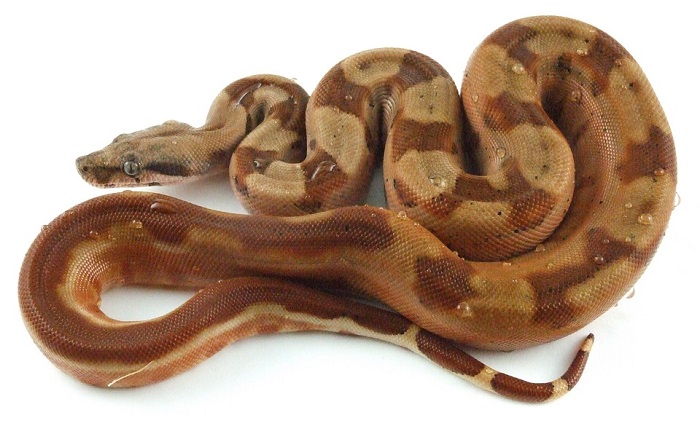 On a path of self-discovery, at times, it is beneficial to take a good look into the dream world and see what all dreams mean, at least the majority of them, because they can tell you a lot more than your brain and rational thinking could ever provide to you.

Just the fact that the dream world is connected to all things that are not logical provides an insight into the answers that are unavailable in some other way.

Snakes are, as you already know, a somewhat common motive in a dream world, and when you have experienced such a dream, you must take a look at all things that are connected to this dream or attempt to remember as many details as possible.

Every small and seemingly insignificant detail can move you one step further into the ocean of answers to all questions that have been bothering you.

Such a dream will raise some questions that you must provide an answer, primarily to yourself and also others.

Having said all of this, it is a good reminder to mention that dreams about snakes do not have to be a bad sign.

On the contrary – dreams that have the main motive of a snake are seen as a positive sign. Some say that this is the dream that will give you a lot of power that has the potential to change your life.

This is the case since the snake is a symbol of transformative power needed in life, but that all of us lack at a certain stage in our lives.

Right from the start, we must say that if you had a dream about the snake and you remember how it looked like such a dream is a treasure – you will learn a lot about yourself and the current state you are in right now.

Snakes are in particular connected to the world of emotions that are most likely hidden or suppressed.

One of those dreams has the main motive of a brown snake.

Like every other motive, the brown snake in a dream world can appear in numerous versions, one of them is the one where a brown snake is moving away from you – such a dream is a depiction that you are attempting to walk away from problems that are troubling you a lot.

If a brown snake is eating something or someone in a dream (do not be alarmed, this version is very common), such a variant speaks that in your home, there is someone who is more dominant than you are, and depending on your feeling, you show your attitude towards it.

If the brown snake is trying to bite you, is chasing you, such a dream is a symbol of some aggression that you have a problem controlling, and such a situation is like a cage for you.

If the brown snake is not trying to bite, but it has already bitten you, and there is blood, and you are hurt, such a dream comes as a sign that you are experiencing a serious condition due to breaking barriers that are compromised.

In a milder version of this dream, where the snake did not bite you seriously, it suggests that you are in a quarrel with the person that is very envious of you. It is like that person has a problem with your freedom and a way of life – it seems that that person wants to take away something from you.

If the brown snake from your dream has attacked and killed some other animal, such a dream depicts a person in your surroundings that is very strong but has a bad character.

This dream comes as a warning that you can be under some kind of attack; it can come from someone you know, or someone you know well or some people that are seemingly near you, but that are ready to harm you whenever they have a chance to do so. So be careful.

If the brown snake is hunting you, this dream can have a good meaning – it shows that you are on the best way to prosperity, and your intentions will be completed in the quickest time possible without obstacles.

In a version of a dream where you kill the brown snake, it shows that you are strong enough to beat any obstacle that comes your way on the path to success.

Such a dream is predicting a prospect that is helpful and full of luck after going through a turbulent period.

One more version of this dream is very common – the one in which you are transforming into the brown snake – this is the dream that speaks of your own freedom, confidence, and independence.

Also, it is a symbol that you crave people that are close to leaving you alone as you might need some solitude to progress once more.

If the snake is very deep brown, such a dream shows that around you there are many enemies that hate you with a lot of passion, and you need to take care of such people in the best way you can; this is important because here there is a blessing to alternate your life.

If in your dream there are many brown snakes, such a dream is a representation of your energy to confront the fears that have been troubling you for some time. If the brown snake is threatening and track down and hurt some people you know, it is a dream that shows your worries about the people you love. It is a normal worry that all of us have at certain times in our lives, but in some cases, in some stages of our lives, it can become unbearable.

If in a dream a brown snake has some decoration on its skin, such a dream shows that you have been hurt in life and that you now have a chance to stop it.

If the brown snake is large, long, then such a dream shows you patient character and that you have a fortunate future.

When you had a dream of a brown snake (probably more than once), it is probable that, in real life, you are going to wake to some increased interest.

This is the dream that shows when is the perfect time to look ahead to a season of internal light and increase and prosperity.

In some versions, this is the dream that shows that now is the perfect time to relax and meditate, and you need to search for your soul and its purpose so that you can give birth to new ideas.

Such a dream comes to those people who are in a creational problem that has suppressed creational energy; such a blockage is hurting them from the inside.

Also, one of the best versions of this dream is the one in which you see the brown snake standing or being very high.

In this case, these dreams just confirm that you are a being who will defend his or her beliefs no matter what.

Take good care if the brown snake in your dream is wriggling around since such a dream is a symbol that you are going to be included in scandals, disagreements, or defamation.

If you had killed the brown snake in your dream, it is a symbol that you have friendly feelings for people that do not deserve such treatment in your life, and this dream is a reminded that all of us, including you, should look underneath the cover of others and never rely on others opinions- since they might be protecting their real character.

Sometimes a dream about the brown snake is a representation that you do not want to be kind and patient anymore and that you are finally standing up for yourself.

In any case, seeing a brown snake in a dream is a symbol of waking up and transforming once again – such a dream shows that you will endure again through moments that were bad.

Take it simple and scale the levels one after the other so that you don’t drive back to the gloomy past too.

As it is depicted in this story about the dream about the brown snake that appears in a dream, you could have seen that in most cases, such a dream speaks of your own power and confidence, and they are related to recovery and a fresh start in development.

Did you have a good feeling when you had this dream?

If the answer is yes, and you were calm, unparalleled, and happy, such a dream means that you can accomplish what you want and also withstand all that comes your way.

In some versions, and if you had one, you should take extra care. If the brown snake is very hostile, it means your emotions are too intense and that you are getting quickly annoyed or angered.

The snake, or in this case a brown snake is a representation of someone who is very dominant in your life – it is plausible that you are in some kind of a quarrel with that person.

Such a dream denotes a stage in your life where you are experiencing a time of reflection and self-examination – particularly when you see a brown snake near your bed, on top of it, or underneath, etc.

In some cases, this dream is associated with your work life, and it shows that you are running away from obligations, but the advice is to lean on those who are close to you so that they help you in any way they are able to do so.

Such a process of leaving your independence is necessary, and this dream comes at the moment when you ready to leave your undefined and see that it is nothing scary at all.

In the end, the dream about the snake, in this case, the brown snake is a dream that speaks of a moment that is suitable for transformation that will bring you only good.