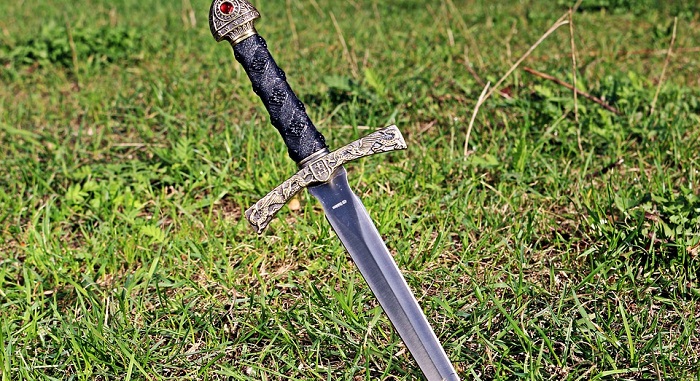 Dreams about being stabbed with knives or other sharp objects are not rare. The most common interpretation of such dreams is betrayal and deceit, as well as feeling wounded and hurt by someone’s words and behavior.

We often dream such dreams after we have been betrayed or hurt by someone close. The stabbing symbolically represents the hurt we feel when someone we love betrays us.

Although such dreams usually reveal our feelings of being hurt and betrayed by someone else, they could also signify our feelings of resentment and negative thoughts, such as anger, aggression or jealousy towards someone, which provoke such aggressive dreams as stabbing someone.

This dream could be a warning to reconsider your thoughts and feelings about someone. Maybe you feel pressured by your emotions and feelings, and that causes such dreams. You need to think carefully about the situation which is causing you to fell in such way, and confront this person directly.

Try to resolve these issues before you do or say something you will later regret. If that person isn’t responsible for the way you feel, you should think about the reasons behind your behavior and feelings and deal with them soon because they are negatively affecting your life.

We could dream about stabbing someone in situations where we feel somehow betrayed or deceived by this person, and such dream represents the way our subconscious is dealing with this situation. It could symbolically represent revenge for the hurt you have suffered from this person.

This dream could often be a sign of jealousy towards someone and if that is the case, you should seriously address these emotions and discover the real reasons behind them.

These dreams often reveal the pressure you are undergoing. In some cases, dreams about stabbing could reveal being in a state of great mental anxiety and stress. It could indicate overreacting in some everyday situations, which might jeopardize your reputation and the opinion others have for you.

You should seriously approach dealing with the issues and problems you currently have. If you don’t do that, you might hurt people who don’t deserve or cause more damage to your life in some other way.

You need to learn to control your reactions and emotions and deal with them in a calm and civilized manner.

Dreams about stabbing could announce experiencing difficulties and obstacles soon so you should be prepared to react in time to overcome them as easy and quickly as possible.

Dreams About Being Stabbed – Interpretation and Meaning 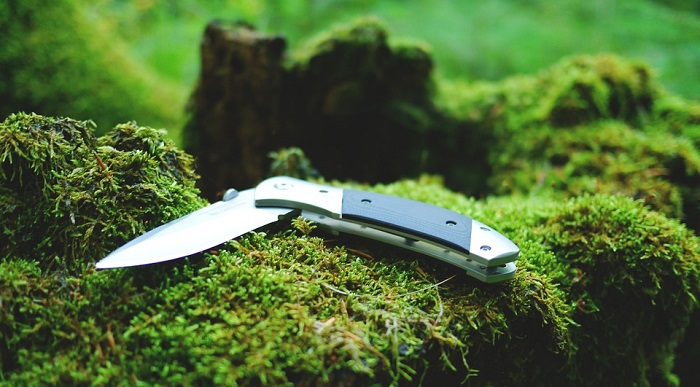 Dreaming about being stabbed in general – If you dreamed about someone stabbing you, such dream might reveal your inner state of tension and defensiveness. This dream might reveal feeling inadequate or underestimated in some situation and suggests you should deal with these feelings and understand the reason behind them.

This dream is often a reaction to your feeling of being betrayed by someone you didn’t expect. You feel symbolically “stabbed” and hurt because of someone’s actions towards you.

It might also be a result of your fears about someone possibly betraying you.

In some cases, this dream reveals your defensiveness towards someone. Maybe you expect someone to attack you in some way and your subconscious is preparing you for such scenario.

Such dream is often dreamed when feeling deep anger and resentment towards someone and you are releasing your anger through your dream. This dream might reveal your desire to hurt someone for some reason.

In some cases, such dream could be a result of your desire for more freedom and independence in life.

It might also be a sign of sorrow and regret ending an important relationship without a valid reason.

Dreaming about being stabbed in the back – If you dreamed someone had stabbed you in the back with a sharp object or a knife, such dream is often a bad sign. It might symbolize experiencing deceit and betrayal by someone close.

In some cases, it symbolizes deception performed by people who represent your competition.

If the person who had stabbed you didn’t intend to stab you, such dream might indicate that you are not aware of your desires and your subconscious is sending you a message through this dream.

This dream could symbolize power struggles between you and someone else in real life (possibly the person who had stabbed you).

This dream could also reveal your feelings about being defeated by someone or something.

This dream could also indicate enemies who are planning to hurt you in some way. Maybe someone is jealous of you and your subconscious feels that and reveals these feelings through such dreams.

Dreaming about stabbing someone with a knife – If you dreamed you stabbed someone with a knife such dream usually isn’t a good sign. This dream reveals your current state of aggressiveness, usually directed towards someone. It might also indicate issues with your sexuality you need to deal with.

Maybe you feel dissatisfaction with your current relationship and you feel resentment towards your partner because of that.

Dreaming about someone being stabbed – If you observed someone being stabbed in your dream, such dream could be a sign of your dominating and bossy nature or somehow being dominated by someone.
Dreaming about someone stabbing you in the arm – If someone had stabbed you in the arm in your dream, such dream reveals some issues regarding your abilities.

Maybe someone is undermining your abilities and confidence in real life and that is what caused this dream.

Dreaming about someone stabbing you in the leg – If someone had stabbed you in the leg or both legs in a dream, such dream might reveal feeling as if you are under attack by someone because you want to do things your way and that other person wants to stop you.

Dreaming about someone stabbing you in the neck – If someone had stabbed you in the neck in your dream, such dream might reveal problems with some commitments. You might be attacked by someone because of your commitments or someone is questioning your ability to commit seriously.

Dreaming about someone stabbing you in the stomach – If you had a dream of being stabbed in the stomach, such dream could be a warning sign about your enemies and rivals. It might be a sign of them planning to hurt you in some way.

Dreaming about being stabbed in the breast – If someone had stabbed you in the chest in your dream, such dream might reveal your vulnerability and sensitivity to how other people are treating you. Maybe you are easily hurt by their actions and behavior.

Dreaming about someone stabbing you in the head – If someone had stabbed you in the head in your dream, such dream could symbolize feeling attacked by someone regarding your intelligence and intellect. Maybe someone is making fun or questioning your actions and decisions and that hurts you.

Dreaming about someone stabbing you in the heart – If someone had stabbed you in the heart, such dream is a very serious confirmation of the emotional hurt and pain you are going through because of someone’s actions towards you. Maybe someone you love betrayed you or did something else which hurt you very much.

This dream could also symbolize heart disease or other issues related to your heart.