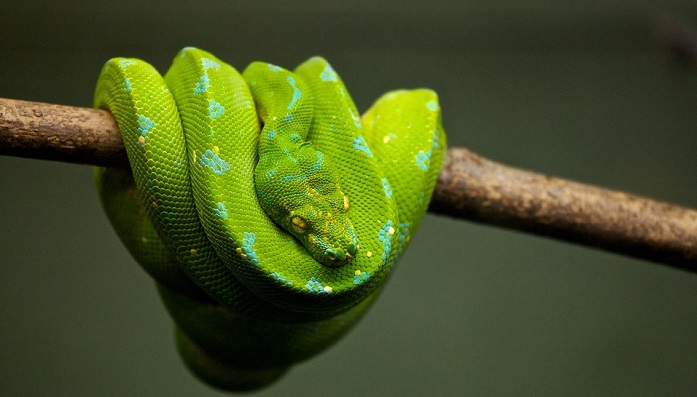 Dreams are often very important messages from our subconsciousness and our inner being, making us pay attention to certain emotions and feelings we usually aren’t aware of.

Although they are in many cases a reflection of everyday events, our subconscious processes these events and brings to the surface many insights we should be aware of.

Some symbols have special symbolism in the Bible and that adds to their interpretation when they appear in our dreams. Snakes are an important symbol in the Bible.

A dream about snakes has greater importance and meaning for you if you are afraid of snakes in real life.

Snakes (serpents) are one of the most significant symbols mentioned in the Bible, The Old as well as The New Testament.

Snakes were an important religious symbol from pagan times. The snake was considered a symbol of evil, chaos, the underworld, but it was also the symbol of healing, fertility and life. Snakes are often mentioned in the Bible and they are often mentioned as a synonym, of the Devil or Satan.

One of the most famous stories regarding snakes described in the Bible is the story of Adam and Eve and the serpent, which seduced the human kind into sin and caused the exile from the Garden of Eden.

In this story, told in Genesis, the snake is described as a deceiving animal, which persuades Eve to do the only thing God has forbidden, eat the fruit from the forbidden Tree of Life. God had warned Adam and Eve to refrain themselves from eating the fruit for that will cause them to become mortals.

The snake deceives Eve telling her that she won’t die after eating the fruit, and Eve talks Adam into eating the fruit as well. When God finds that out, banishes Adam and Eve forever from the Garden of Eden, condeming them to a life of suffering and dying. In this story, the serpent is described as an animal which talks in human language.

In the New Testament, John the Baptist names the Pharisees and Sadducees “brood of vipers”. Also, Jesus teaches its twelve apostles to be vise as serpents.

Meaning of Snakes in Dreams 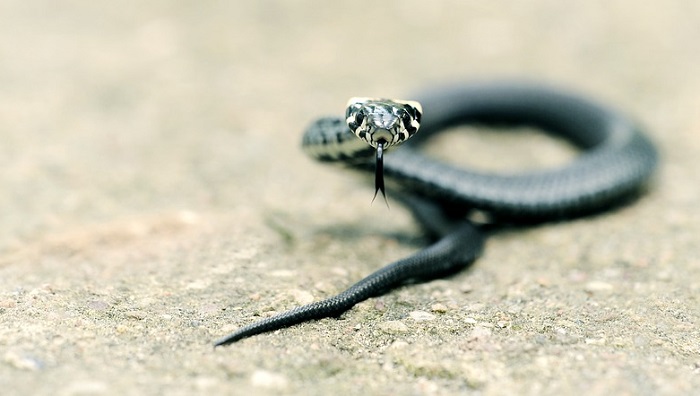 Dreaming about snakes in general – Dreams about snakes are very common and their meaning differs, depending on our personal feelings towards these animals. For those who like snakes, such dreams usually don’t have a negative connotation.

Dreams about snakes usually symbolize something we fear or something unpredictable and without a possibility to control. Sometimes this dream could reveal your fears of something unknown.

Snakes are also a symbol of hidden threats and betrayals, so if you dreamed of snakes you should beware of people around you and be careful about their intentions towards you.

In some cases, a dream about snakes represents your inner transformation and changes you are experiencing in life. The changes depend on the feelings you had during the dream and can be good or bad.

A snake in a dream could symbolize the healing process you are going through, and it could be a sign of creativity as well.

Dreaming about killing a snake – if you killed a snake in your dream, or you dreamed about a dead snake, such dream is a good sign, symbolizing that you are safe from threats or that you will easily overcome them. In some cases, this dream indicates the need to impose onto others and make them accept your ideas and plans. It could also symbolize winning over your rivals.

Such dream could also be a warning about people who envy you and have bad intentions towards you.

Maybe some of them are planning to undermine your efforts on a project you are currently engaged in. You should be attentive and try to prevent the attacks on you.

Dreaming about being bitten by a snake on your foot – If you dreamed about a snake biting you on the foot or your feet, such dream could be a sign of boredom and tiredness with some current life circumstances, such as your job, marriage, relationship.

This dream could indicate the need for changes in routine.

Dreaming about a snake biting someone – If you dreamed that a snake had bitten someone, such dream might indicate hurting someone close with your insensitive attitude. This dream asks you to pay attention to your words and behavior so you won’t regret them later.

In some cases, it could symbolize having serious competition.

Dreaming about a poisonous snake biting you – If you dreamed that a poisonous snake had bitten you in a dream, such dream could be an announcement of possible scandal you might experience soon. You could find it very difficult to control the situation you might find yourself in.

Dreaming about a giant snake – If you saw a giant snake in your dream, such dream is a bad sign, possibly indicating someone’s illness. That could be someone very close to you, which you will help and support to recover.

Dreaming about a snake’s nest – If you saw a snake’s nest in a dream, such dream might indicate some unpleasant person will enter your life soon, which might cause trouble and disturb your peace. You will be challenged to remove that person from your life. In some cases, this dream could signify conflicts and misunderstandings among the members of your family.

Dreaming about being attacked by a snake many times – If you dreamed that a snake had attacked you many times, such dream is not a good sign, possibly indicating difficulties and loss in the near future. This dream is often a sign of material loss and damage you won’t be able to avoid.

Dreaming about a snake in your house – If you saw a snake inside your home, such dream is a bad sign. It indicates being in danger or some very unpleasant situation. You might be under some kind of threat and you should consider protecting yourself somehow.

Dreaming about a tamed snake – If you observed a tamed snake in your dream, such dream is a good sign, usually symbolizing wealth and prosperity. This dream is a sign of unexpected financial gains, possibly from an inheritance. It could also symbolize gains from your work and efforts.

Dreaming about water snakes – If you saw a water snake or snakes in your dream, such dream often isn’t a good sign, possibly indicating being overwhelmed with some events form the past. Maybe something which happened a long time ago still bothers you and it could also cause some problems in your future, which makes you worry.

Dreaming about a snake bite marks – If you dreamed about observing snake bite marks on your body, such dream is a very good sign often symbolizing someone’s pregnancy soon. You might get pregnant or someone close to you in the near future.

Dreaming about a lot of snakes – If you saw a lot of snakes in your dream, such dream isn’t a good sign, possibly indicating enemy and rival attacks in the near future. Maybe someone is trying to hurt or deceive you, so you need to be careful.

Dreaming about a black snake – A black snake in a dream is a bad sign, symbolizing difficulties approaching. You might encounter obstacles and challenges which will require all your skills and patience to overcome.