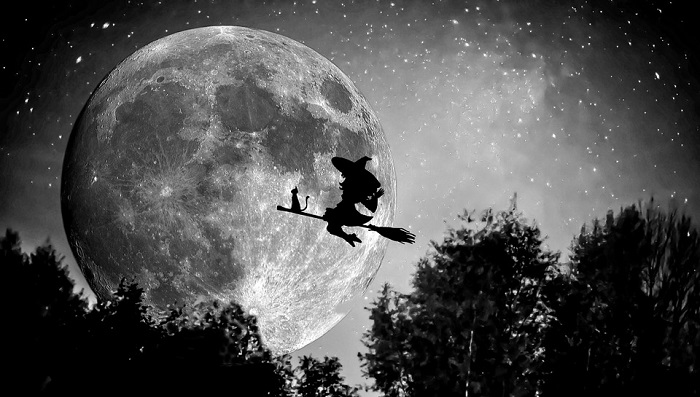 Witches are man or women practicing witchcraft, using magic spells and enchantments, as well as calling evil spirits to help them accomplish their wicked desires. Witches are usually in service of the Devil, helping him doing his evil work on earth.

There are also white witches who practice so called white magic and healing, focused on doing well to people.

One of the oldest mentioning of witches is in the Old Testament, in the story of King Saul asking a witch to invoke the spirit of the dead prophet Samuel, hoping he will help him win the battle with the Philistine army. The invoked spirit of the dead prophet, prophesied king Saul’s death as well as the death of his sons, and that really happened. King Saul committed suicide after his sons were killed in the battle.

In the middle ages, Europe was under of a witch hunt hysteria. Many innocent women were accused of doing witchcraft, tortured and killed. Many witches were hanged or burned at the stake. The most famous are the trials of the witches of Salem, Massachusetts, performed by the end of the 15th century (1692), when more than 150 women were accused for witchcraft in a mass hysteria.

In modern times, witches have their own religion, called Wicca, which is one of the official religions in the United States. These witches (wiccans) believe in avoiding evil and harming no one. They tend to live peaceful lives in harmony with nature. Many modern witches are still doing witchcraft and cast spells and incantations, often to stop someone from doing harm to others.

Because of the history they have, and the prejudices around them, witches are usually considered a bad sign in a dream. They could symbolize something evil, destruction, and sometimes creation. Witches can signify spiritual powers used to do evil and good.

Often, such dreams represent someone sinister (usually a woman) from your surroundings.

They could also signify someone bad and disgusting you encounter often. A witch in our dream could also symbolize our own behavior and attitude and make us pay attention to it.

Witches can also be a sign of wisdom, psychic and empathic abilities, wisdom, healing, transformation, as well as good and bad spirits. They could also symbolize magic powers and enchantments.

Such dreams might reveal your psychic abilities and possibly not knowing how to use them.

Dreams About Witches – Meaning and Interpretation 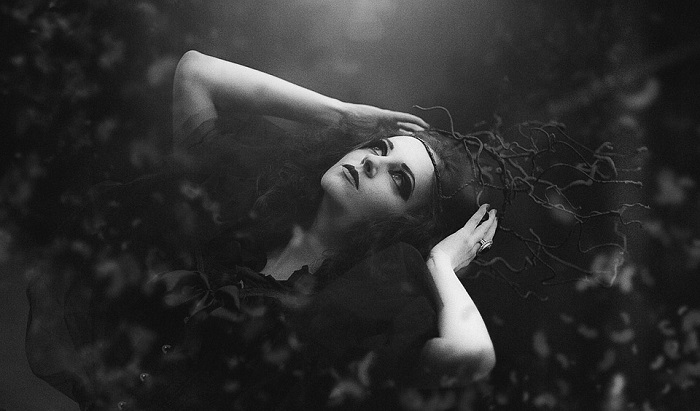 It could also indicate your involvement in some scandal.

Dreaming about you being a witch – If you dreamed of being a witch yourself and practicing magic, such a dream could have various meanings. It could symbolize your psychic gifts. It could also indicate going through inner transformation or experiencing some life changes.

In some cases, this dream reveals your desire to change something. This dream could also signify receiving some bad news soon.

It could be someone suffocating you and you don’t know how to get rid of. It could also be a person who is trying to persuade you to do something you don’t want.

Dreaming about a witch hunt – If you dreamed of being a part of a witch hunt or a witch trial, such a dream usually isn’t a good sign. It might signify your suspicions about other people’s intentions towards you. Maybe you believe someone is doing something behind your back or trying to sabotage your actions in some way.

This dream should be considered a warning to check all the facts before you react, so you won’t end up falsely accusing someone who doesn’t deserve that.

If there was more than one witch in your dream, preparing magical potions, your dream might indicate using your creativity to create something special.

Dreaming about a flying witch – If you observed a witch flying on a broomstick in a dream, such a dream is a good sign, usually indicating your ability to overcome obstacles.

Dreaming about a laughing witch – If you dreamed of a witch laughing, such a dream is often a bad sign, and could indicate receiving some bad news soon. In some cases, this dream could indicate someone trying to harm you somehow, or evil spirits in your presence. Sometimes this dream indicates a person who is making fun of you.

Dreaming about a good witch – If you dreamed of a witch which was friendly and in a good mood, such a dream is a good sign, and possibly indicates many social gatherings you will soon attend.

Dreaming about a tiny witch – If you saw a tiny witch in a dream, such a dream could warn you about exaggerating in some matters, and making an elephant from a mouse. Your issues are not as big as you present them to be and can be easily solved.

Dreaming of a dead witch – If you dreamed of a dead witch, such a dream is a good sign. It might signify your ability to overcome obstacles or deal successfully with your rivals and enemies.

Dreaming of a witch crying – If you dreamed about a witch crying, such a dream is a good sign. It might indicate accomplishing something beyond anyone’s expectations.

Dreaming about blood used in a witches’ ritual – If you saw blood which witches used for their magical rituals, such a dream some transformations you will go through.

Dreaming that your wife is a witch – If your wife was a witch in your dream, that might not be a good sign. It might indicate some person from your close surroundings trying to stop you from accomplishing some goals.

Dreaming about a witch’s crystal ball – If you saw a crystal ball used by a witch in your dream for scrying, such a dream is not a good sign, revealing your insecurities about your future.