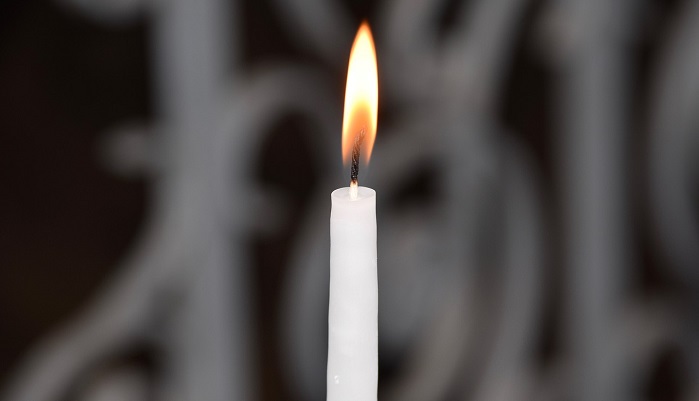 Candles are ignitable wicks, usually embeded in wax or some other flammable substance.

Igniting the wick produces the flame and sometimes a certain odor, depending on the ingredients of which the candle is made.

As the wick burns, it melts the candle.

Candles have a long history of existence and use. Their first usage was to provide light and although that is still one of their important means of use, during time, they have acquired many other uses.

Before candles were invented, people used oil lamps made of containers with liquid oil with a lit wick that produced light. It is not precisely determined when the first candles were first produced.

According to some evidence, the ancient Romans begun making them around 500 BC, from tallow. It is believed that the ancient Greeks also produced candles, but there is no certain evidence. The Chinese, begun making candles of whale fat during 200 BC.

Tallow candles were mostly used during the middle ages. Candle makers, so-called chandlers, produced candles going door to door, using the fat the families have gathered, especially for that purpose.

Also, candles were produced and sold in specialized candle shops. Because beeswax was more expensive, not many people could afford candles made of beeswax.

Churches, on the other hand, used them frequently. They often used exclusively candles made of beeswax.

In time, new cheaper substances were discovered to make candles, such as the colza oil, rapeseed oil, and spermaceti – a substance produced by the sperm whale.

Machines to produce candles were also discovered and that lowered their price and speeded up the process of their making. 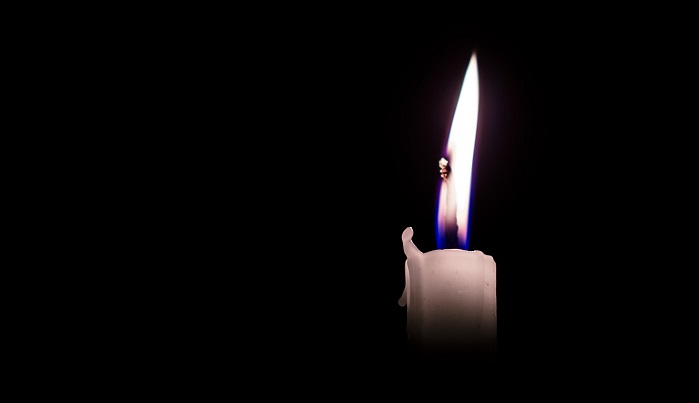 That meant that the ordinary people could afford candles with more ease. During the 1850s, paraffin wax was discovered and that diminished the price of candles even more.

Plus, paraffin didn’t have the unpleasant smell which for example, tallow candles produced.

At first, candles were used almost exclusively to fight against darkness, but as new ways of illumination, such as electricity, were discovered, candles begun losing their importance for illuminating purposes, and their use for other purposes begun.

Since ancient times, candles were also used in different religions and for spiritual purposes.

In some countries, candles were also used for time measurement, in a way that the hours were marked along the candle and time was determined as the candle was burning.

Today, candles mostly have an aesthetic use. Also, there are scented candles whose purpose is to create a pleasant atmosphere and odor in the room.

Candles are still used in churches and for religious purposes. They are also still used for different ritual purposes.

Sometimes, when the light suddenly goes down, even a scented candle could be of use to give us some light while we wait for electricity to come back again.

There are different customs and symbolism related to candles. For example, candles are lit when someone dies.

The light of the candle symbolically represents the light which should illuminate the path of the deceased to the next world.

Candles also symbolize Jesus Christ because he is represented as the light itself.

During history, lit candles were used as a way to chase bad spirits and dark forces. Candles are a symbol of illumination and daylight coming after periods of darkness.

During Halloween, candles were carried from 11 o’clock till midnight and it was believed that if the candle went out that was a bad omen. That usually meant that the person was under a spell or the influence of some kind of witchcraft.

The extinguishing of the candle meant that the person wasn’t going to be able to get rid of the witchcraft any time soon.

Candles have a great importance in the Christian church. All all services in the church are performed with lit candles.

Candles also have a spiritual significance there are also a symbol of joy. Especially, in the Orthodox Church, candles are lit in front of the Icons of Saints, to commemorate their good deeds which bring light to the world.

In general, lit candles in a church are usually an expression of the believers’ love and adoration for God.

Many Church rituals are performed with lit candles. For example the ritual of holy Baptism is performed in a way that the person who is being baptized and their Godfathers are carrying lit candles.

The candles are also a symbol of the entry of the baptized person into the Church of Christ.

Also, during the ceremony of marriage in a church, the bride and the bridegroom carry lit candles as a symbol of their love for God and their desire to live in a life and blessed by the church.

The use of candles in the Christian church, probably begin during the early Christians’ services which were held by night, considering the fact that the religion was prohibited.

Later, that custom remained and candles started being used as to accompany rituals performed in the church.

Candles are mostly used in the Orthodox Christian church for ceremonial purposes and in the Roman Catholic Church candles are used to symbolically to represent God’s presence and are also offered in an act of worship God.

In Buddhism, candles are traditionally used for rituals and might be accompanied by offerings of drinks and food.

In Judaism, candles are considered a symbol of God’s divine presence and are a symbol of Joy as well.

Also, symbolically, candles represent the human soul as well as the fragility of human life.

They are considered a reminder that we need to cherish and embrace the beauties of life and enjoy the presence of our loved ones because of its fragility and uncertainty.

Candles are also used in some modern religious forms or organizations.

Candles have often been burned for spiritual reasons and they symbolize the relation between the spiritual world and our reality.

Different color candles have a different meaning. That is why the knowledge of the meaning of a specific color as well as the combinations of different colored candles to achieve different purposes is very important.

Candles have very important powers and they can cleanse the energy of a certain space or help a person achieve the goal they desire. Candles can be used for prayer, to connect a person to the angels or the archangels, or some other beings from other realms.

They can help a person amplify their desire to fulfill some goal. Sometimes different color candles can be combined to combine their energy and achieve better results.

Candles are used frequently to symbolize the presence of goddess, or god or to represent the elements of earth, air, fire, and water and in such cases, they’re placed in different corners of the room.

Using candles of different colors in magic rituals is known as sympathetic magic. It is believed that the candle symbolically represents the outcome a certain person desires.

For example, a person will use a green colored candle if they want to attract money or a new job and their lives etc.

It is a color associated with the Crown chakra. White is a color of Monday.

This day is also the day which is ruled by the moon. That is why this color has lunar and feminine energy, and is intuitive and maternal.

Because of that, using white candles is often involved with rituals related to new beginnings or some feminine issues, healing, as well as spiritual growth.

Church candles are a usually white and they are related to praying and devotion to religion and Christ.

Another thing which is important for the white candle is that it might be used as a substitute for any other candle color if that color is currently unavailable to the person.

White candles are excellent for removing negative energy around the house and regarding the person’s family. It instills harmony, purity, calmness and healing. It also promotes well-being and peace.

This is the color, which is used in ceremonies like marriage or similar ceremonies because white candles bring peace and good vibes to the surroundings and to the people as well.

When used with other color candles, the white candle amplifies the energy of the other candles and boosts the result that is desired. It is the color of protection and divinity, as well as spiritual purity.

It is also a candle color used when the person wants to perform spiritual cleansing and balancing, as well healing.

For some people, the smoke which emanates from the burning white candle represents the accumulated negativity in the person. When the smoke stops coming from the candle that means that the cleansing is finished.

That is why using white candles for purpose of spiritual cleansing and cleansing of negativity is highly recommended.

Also white candles are used for cleansing a space or person’s life, especially if some bad things have been going on lately or a person has been experiencing health issues or some other difficulties.

A white candle in your dream could be a sign of spiritual guidance and enlightenment.

Maybe you will come to an understanding of something important regarding your life path. It is a sign of spiritual growth.

It could also represent a time of balance and harmony in your personal life.

A white candle in a dream often symbolizes some legal issues.

If the white candle was burning in your dream, that dream could indicate soon getting involved with some legal proceedings, but this dream doesn’t have a bad meaning in general.