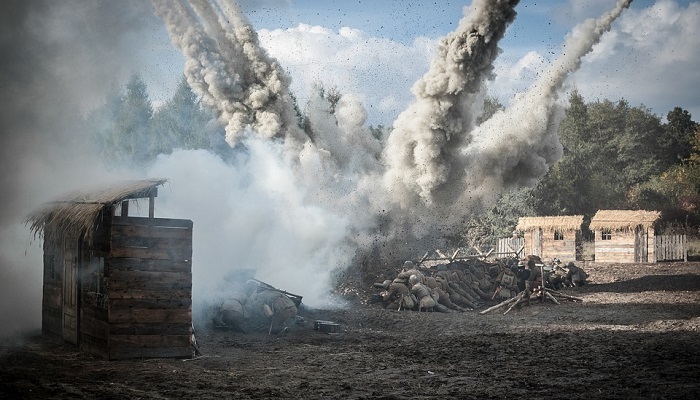 Wars represent armed conflicts between two or more states, informal groups or societies. Their main characteristics are destruction, high mortality and aggression. Wars are considered by some a universal aspect of the human nature and by others a result of special socio-cultural and ecological circumstances.

They are among the ones of the worst occurrences that could happen to people.

Earliest records of war date back 14,000 years ago. Wars become a global phenomenon with the development of the first states and have been present until these days.

One of their main characteristics is the casualties and the destruction they leave behind. Because of that, just the thought of a war fills most people with fear and disgust. For that reason even dreams about wars are horrifying experiences.

If you want to decipher correctly your dream about a war you need to remember as much details as you can. Also, take into consideration your feelings about wars.

Dreams about wars are very common. They are often dreamed of during periods of transition and major changes in one’s life. People who need to make important life decisions and people who live under a lot of stress, often dream about wars.

Dreams about wars often indicate external conflicts and inner struggles you are going through. In some cases, that can be conflicts between different aspects of your nature.

Often these dreams indicate real problems and issues in life, which you need to, address and resolve because they are putting you under a lot of stress constantly. Often they are a sign of fears you have or being afraid of losing control over your life.

Dreams about wars could reveal yours or someone’s aggressiveness and conflict behavior. Maybe they are a sign that you need to be more in control of your reactions and behavior.

Sometimes, these dreams could be a sign of being too passive and encouraging you to take some action and even be more aggressive if necessary.

These dreams could also indicate your opposite viewpoints with someone else and arguments about that. They could also be an expression of the violence and chaos you are currently experiencing in your life.

War in dreams is often a dream symbol of people who live in aggressive environments, with everyday quarrels and violence, which reflects in their dreams also. 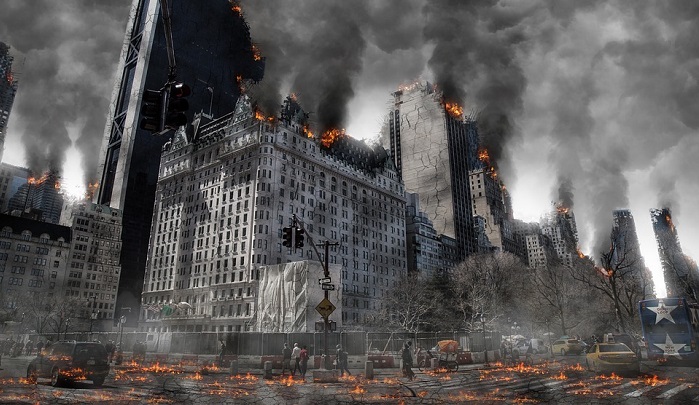 If you have these dreams often, you might be the one having an unhealthy environment and you should consider doing something to change that. If you dream about wars often you might also be having some emotional struggles you can’t resolve easily, which upsets you even more.

Also, dreams about wars could be a warning to prepare yourself for some conflicts that are expecting you soon.

Such dream could also be a reflection of everyday events, and your feelings about a war which is currently ongoing somewhere. In some cases, a dream about wars could be influenced by your real life war experience from the past.

Dreams About War – Interpretation and Meaning

Dreaming about being in a war – If you dreamed of actively participating in a war or being in a war zone, such a dream should be considered a warning about your health. You might be ignoring some problems you have with your health and refusing to slow down your activities and pay more attention to your wellbeing.

Dreaming of seeing a war – If you observed a war in a dream, such a dream usually isn’t a good sign. This dream could indicate your problems with lack of self – confidence and your insecurity. They could also indicate having issues with something or someone.

Often this dream indicates needing someone’s support and protection. It often indicates feeling misunderstood and isolated from your surroundings.

Sometimes such dreams are dreamed by people who have experienced real physical abuse.

In some cases, a dream of seeing a war could indicate being negatively influenced by someone close to you. Use this dream as a warning to remove that person from your life immediately.

This dream could as well signify the difficulties and sadness you are experiencing. Sometimes, it could indicate receiving a present from someone close.

Dreaming of others forcing you to go to war – If you were forced to go to a war in your dream, such a dream isn’t a good sign. It might indicate some circumstances which might cause you a lot of stress and require a mature action from you. It can also be a sign of arguments with people who are close to you, such as relatives and friends.

This dream might also signify a period of stress coming soon into your life, you will have to adapt to without being able to change anything.

Dreaming of participating in a war – If you were an active participant in a war in your dream, such a dream isn’t a good sign. It might indicate your negative emotions or mixed feelings about your desires and goals. Often this dream symbolizes the aggression you are filled with and reminds you to confront these feelings.

In some cases, this dream reminds you to enjoy life more and spend more time with people who are an inspiration to you and make you happy. In some cases this dream could indicate receiving news from a distance.

It could be a sign of the end of a challenging period and the changes which have happened in your life because of those challenges you have gone through.

Dreaming of winning a war – If you dreamed about winning a war, such a dream indicates good things, and success in every aspect of your life, both in your professional and private. This dream indicates a good period to begin working on some new projects and begin new endeavors because they have a big chance of being a success.

In the upcoming days you might get a lot of new opportunities for progress and fulfillment of your goals, so make sure you use them well.

Dreaming of war ships – If you saw war ships in a dream, such dream isn’t a good sign. This dream is often a sign of some separation which is about to happen in your life. You might have to travel abroad for work and that will separate you from your loved ones. In some cases, this dream being very busy and not having enough time to devote to your dear ones.

Dreaming about bombardment during a war – If you experienced a bombardment during a war you dreamed about, such a dream could be a reflection of your current emotional state. You might be feeling stressed out and about to explode. You probably have a lot of repressed feelings and emotions, or you have some personality issues you need to deal with.

Dreaming of a nuclear war – If you dreamed of witnessing a nuclear war, such a dream could signify not being faithful or being deceitful towards someone who doesn’t deserve such behavior from you. In some cases this dream indicates the possible coming to light of something bad you did in the past.

Dreaming about being in a war battle without weapons – If you dreamed of finding yourself in the middle of a war battlefield without any weapons, such a dream is usually a bad sign. It might symbolize obstacles and challenges on the path of achieving your goals.

You might be feeling as if you are letting others or yourself down because you can’t seem to fulfill your obligations.

Maybe this dream is a message for you to take time off and relax so you gain the strength to finish all your duties.

Maybe you have bad habits which are harmful to you or you have some other destructive behavior. Maybe you simply don’t have time to deal with yourself because you have too much on your mind.

Consider this dream a reminder to begin paying attention to yourself and your needs.