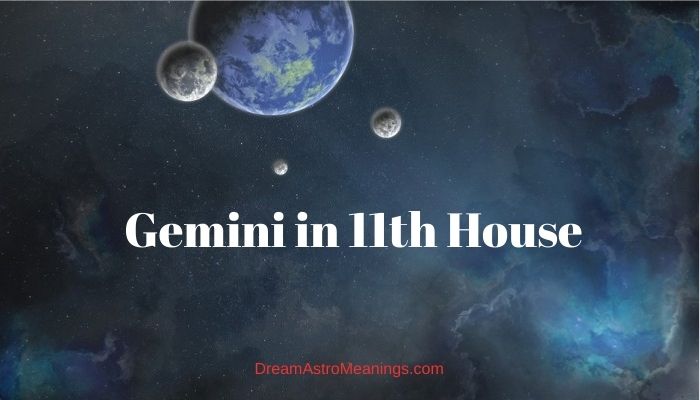 Gemini is the first double sign of the zodiac, so people born with the sun in this sign feel the need to deal with more things at the same time. Communicativeness dominates in all areas of life.

The need to speak and express opinions is reflected in banal situations such as appearing on radio shows to comment on something.

In terms of quality, this is a variable or, to put it better, adaptable sign, and in terms of the element, airy. They are able to quickly acquire a variety of knowledge and skills, but they persist in little of it. The need for change makes them start a lot and end a little.

Gemini are very logical and rational people, who think fast. The ruling planet Mercury makes them transmitters of news and interpreters of thought. In every form of partnership they seek common intellectual interests, but the partner must have their own firm stance. It’s a great challenge for them for discussions they adore.

Gemini rarely believe their own feelings. When their heart flutters, they quickly turn on the logic and try to explain their feelings to themselves. They are especially emotionally insecure in childhood and adolescence.

As children, they speak quickly, crawl, and walk early. They need a lot of different toys so they don’t get bored. They are impatient so they need to be taught to finish what they started, although they can start and finish more things at the same time. They manage at school. They often transcribe on exams.

On the other hand, as Gemini parents, they impose various leisure activities on their children without taking into account whether the child arrives at everything.

The resourcefulness, versatility and ability to communicate of a person born in this sign should be used in the profession and job they are engaged in. For many, the mass media is very suitable as a workplace.

At work, they will always be happy to listen to the opinions of their colleagues, although it does not mean that they will follow other people’s advice. They can be extremely cunning at work. They are not overly ambitious but love success that motivates them greatly in business.

The most suitable vacation for Gemini is a whole range of responsibilities and new interests that change.

Therefore, they must be non-smokers, eat fresh fruits, vegetables and move a lot in the fresh air. They love team sports, squash, tennis, yoga. They don’t like jealousy or possessiveness.

Their favorite combinations are different colors, especially yellow. A parrot is a bird that gains the sympathy of Gemini by its appearance and behavior. The US and Belgium are typical countries for this sign, and of the big cities these are London, San Francisco and Melbourne.

Mediocrity that is satisfied with the little things of the 6th house, but as abstention from judgment and renunciation certainties (it should be noted that true friendship abstains from judgment) supported by the Neptunian restlessness that pushes him towards new and different horizons.

The 11th house opposes vitalism, energetic simplicity, excesses, and the elementary function of reproduction as the perpetuation of the life of the 5th house / Leo.

The opposition, however, is to be understood as a questioning of a whole system of values. In essence, what the 11th house asks and asks is: is it really so important in life to be fruitful and ardent?

From its position above the horizon, the doubt expressed is a doubt from above, and this questioning of the solar virtues causes it to take away its centrality from the Sun, its support for the hypertrophy of the ego.

Gemini rarely believe their own feelings. When their heart flutters, they quickly turn on the logic and try to explain their feelings to themselves. They are especially emotionally insecure in childhood and adolescence.

One of the first consequences of this conditioning are the antidascalic tendencies. If house V also relates to teaching, in the XI it lacks that ardor, that belief fully in the discipline, in the sense of duty, which underlies the teaching.

This lack of discipline translates into choosing what you like best, and hence the symbolism of the 11th as a house of friendship.

Here, without the paranoia of the ego, the others are no longer seen as enemies to be exorcised, and moreover, the unconventional and anti-patriarchal uprooting makes those who are marked by the 11th house prefer friends to relatives, on whom they pour that affection and devotion that he cannot grant to his family.

Opposed to the V as the house of excesses, the XI becomes the house of balance, of moderation. Balance is here understood not as the search for harmony of Libra – often translated into uncertainty between two choices then truncated by the hardness of judgment.

Mediocrity that is satisfied with the little things of the 6th house, but as abstention from judgment and renunciation certainties (it should be noted that true friendship abstains from judgment) supported by the Neptunian restlessness that pushes him towards new and different horizons.

I say different and not by chance, because the XI house is one step away from the XII which is the house of the different par excellence, the house that closes the zodiac and is the one that breaks the banks of custom, of the norm, and projects towards the Infinity.

The non-conformism of the XI house is a non-conformism more attributed than real, and is attributed by those who consider normal the solar individual who is born, reproduces, has fun in an elementary way, believes he possesses The Truth and lives between the family and a mediocre house VI.

The moderation, the balance expressed in this house, on the other hand, are the detachment from excessive passions, the questioning of the energy waste of the V, and in the solar perspective, this conservation of energies, this equitable distribution, is seen as a temperament warm.

In analogy with Aquarius, we also find diplomacy here, which is accepting different points of view, an attitude based on the belief that being conciliatory is better than attacking.

When the XI hosts planets, perhaps in front of an empty V, the risk is to transform the refusal to vitalism into non-vitality, up to the risk of suicide.

If this is the home of equilibrium, negative aspects towards this sector, especially if they involve planets such as the moon, Neptune, or mercury, tell us about imbalances.

Another meaning of a marked XI – but also occurs with strong Aquarius values ​​- is a rejection of procreation. Or if this happens, the subject, in his relationship with the children, will tend to assume friendly attitudes with the offspring.

The sextiles with the IX reinforce the Neptunian tendencies of evasion. The squares with II emphasize the conflict between the need for security, attachment to one’s environment and detachment from conventions and friendly socialization.

The internal diktat of the eleventh is to remain free, free to be yourself without necessarily having to trumpet your thoughts right and left, free to change your opinion if necessary and even if not necessary, free to get in touch with human realities more different without preconceptions and without adhering uncritically to a creed or a party.

Conflict can be exercised on a mental level, where it is precisely the need for security that clips its wings towards escape, for which, however, one will always feel nostalgia. Or the desire to escape causes fractures with the native environment.

The squares with the VIII, being two houses that have detachment and evasion in common, are more manageable. The VIII as money, on the other hand, can result in a loss of money due to an overly anti-conformist attitude, or because of friends. The VIII as the house of death, can indicate the death of friends.

The oppositions with the V can have different shades. It can indicate sterility, sexual problems, problems with children, inability to adapt to compromises, impetuousness and, ultimately, in the contrast between vitalism and ant vitalism of the two houses, indicate mental imbalances.

According to General Systems Theory, nothing can be understood in isolation, but as part of a system. System components and their attributes are seen as functions of a complete system.

The behavior and expression of each part influence and are influenced by all the others. In what is known as a “high synergy” society, the individual’s goals are in harmony with the needs of the system as a whole.

In a “low synergy” system, individuals, when fulfilling their own needs, do not necessarily act for the good of the whole. The way we function as part of a system is shown by the 11th House.

The penultimate house of the zodiacal circle hosts by co-significance only slow or very slow planets, namely Saturn, Uranus, Neptune and, for transparency, Pluto. None of the so-called personal planets (according to a widespread theory, in my opinion trivializing) the structure.

That is, the Sun, the Moon, Mercury, Venus and Mars are at home elsewhere. Indeed the Sun and Moon are the supporting columns of Leo, co-significant of the opposite fifth house.

This does not mean that the natives strongly marked by the eleventh will be indifferent to the symbolizes of the rapid planets, but rather that they will have an approach to existence different from the modus vivendi that is more “successful” in our complicated world.

Existential diversity that almost never takes the form of open and clear contestation because the house, thanks to the strong influence of Neptune and Pluto, conceals its real intentions, perhaps not even clear to those directly concerned.

The internal diktat of the eleventh is to remain free, free to be yourself without necessarily having to trumpet your thoughts right and left, free to change your opinion if necessary and even if not necessary, free to get in touch with human realities more different without preconceptions and without adhering uncritically to a creed or a party.

Precisely for all these libertarian needs, the home influences that complex and varied feeling that is friendship, a human attitude thanks to which the other is asked to accompany us on a path of life without being united by bonds of blood, of love or passion, of work.

A friend – in theory, because you know that if you go to practice things can change a lot – should not judge you, should be there without invading your spaces, and represent a human travel companion, of laughter or tears, of intellectual affinities. Or experiential.

Which should not suffocate you but understand you, be there when you need it and to which you too should (always in theory, of course) be close without expecting much in return.

However, one aspires to that, often with a Zen attitude that can sometimes touch catatonia, or a lack of vitality.

The eleventh is opposed to the fifth, it seems trivial to remember, and if in the house of the Lion one tends to live “too much” in that of the Aquarius, energy is saved, sometimes even desires…

The eleventh therefore requires a detached attitude that of the wise man who observes the flow of life without getting too caught up in passion, except in cases where intellectual interests are tinged with the colors and fury of indignation.

Baleful feeling which, however, usually does not last long, because harmony and balance are sought.

This last manifestation of being is very difficult to maintain for a long time, because the movement of living, indeed living itself, makes the constant duration of serenity precarious.