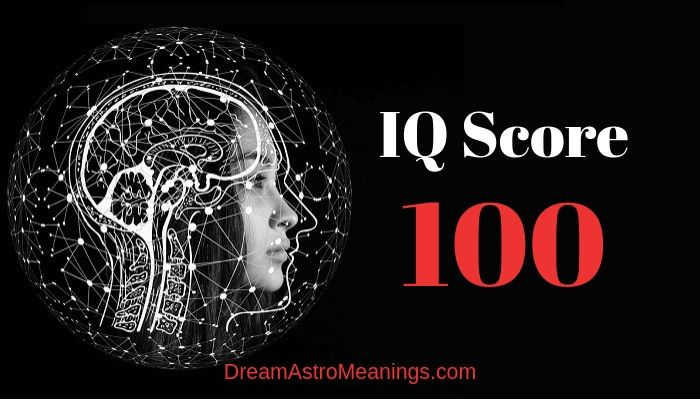 Humans started measuring their intelligence in the beginning of the 20th century in France, after the creating of the first IQ test by the French psychologist Alfred Binet and his assistant Theodore Simon.

Intelligence is defined in many ways, but in general, it is considered the person’s ability to understand, reason, deal with problems, learn, be creative, think critically, learn from experience, etc. Intelligence is a mix of different cognitive skills one individual possesses.

Intelligence tests first aimed to discover intellectual capacity of children, and in time many more tests were created to determine the various aspects of human intelligence and its achievements.

Most tests are created to measure general intelligence which is the common type of intelligence, and they measure the person’s cognitive skills and knowledge through a combination of various cognitive tasks, which can be verbal, quantitative, conceptual or perceptual.

Intelligence is expressed in intelligence quotient, or IQ. These scores are a result of IQ tests. For psychologists who do recruitments of candidates for job vacancies, intelligence tests serve as a means to determine whether some candidate is suitable for performing a certain task or job.

For example, if the person doing the test is for some reason disturbed, lacking focus, lacking concentration, is upset, tired, or experiences some other issues which prevent them from being fully concentrated on the tasks the results cannot be relevant. That is why intelligence tests tolerate up to 20 points.

There is more than one intelligence score scale, but they have similar divisions. According to one:

According to these scales, intelligence between 90 and 109 is considered an average IQ and all results above 109 are above average, while lower than 90 are below average intelligence. Intelligence can be developed and raised for up to 20 points, mostly through education, and it only takes effort and patience to do that.

Fluid intelligence is a type which represents the ability of an individual to discover new ways to deal with issues and solve problems. It has a tendency to decrease as the person ages.

Creative intelligence is the ability of the person to think creatively. It represents the ability to find creative ways to handle things and do creative endeavors.

Emotional intelligence represents the ability of understanding others and their emotions, motives, and desires.

Psychologists determine the average IQ score for different age groups and use it as comparison to chronological age.

Some researchers have gone so far as to trying to determine which occupation is likely for each IQ. They determined that typically:

An IQ of 140 and above is usually the IQ of professors and research scientists.

An IQ of 130 is the IQ of lawyers, physicians and surgeons, civil and mechanical engineers.

An IQ of 120 is the IQ of school teachers, accountants, pharmacists, stenographers, nurses, managers.

An IQ of 110 is the IQ of telephone operators, clerks, salesmen, electricians, policemen.

An IQ of 100+ is usually the IQ of shopkeepers, machine operators, butchers, etc.

An IQ of 100- is usually the IQ of carpenters, warehousemen, cooks and bakers, small farmers, truck drivers, etc.

An IQ of 90 is usually the IQ of laborers, gardeners, miners, factory packers, etc.

Many scientists disagree with this division of occupations and IQ-s. They claim that general intelligence doesn’t exist.

They believe that intelligence is a combination of many different components and that IQ tests measure some general skills and knowledge most of which is gained in school. They oppose the idea of general intelligence and instead vote for an idea of multiple intelligences.

IQ is a category that shouldn’t be understood so strict. Intelligence is influenced by genetics as well as environmental. It is known that children inherit intelligence from their parents and ancestors, and they have similar IQ-s to them.

Also, the environment and living conditions where the person grows up is very important.

That only happens due to the quality of the person’s life. Sadly, some people due to their unfortunate life conditions never get the chance to reach their full potential.

We mentioned how IQ scores don’t have to always be accurate due to various reasons. The main ones are psychological reasons present during the test solving.

If the person isn’t focused, lacks concentration, has fear or anxiety, is emotionally disturbed, or has some learning disability, the results won’t be accurate.

That is why it is important to rule out these conditions when considering the relevance of some IQ result.

Because of possible mistakes, IQ tests have a high tolerance of up to 20 points.

Scoring a 100 on an IQ test means that you have the same intelligence level as 50 % of the human population. An IQ 100 is an average intelligence score.

Fortunately, intelligence can be raised significantly through many activities. The most important ones are reading and education. This process takes determination and patience, but they will all pay off in the end.

Because intelligence tests usually test our spatial and visual skills, our knowledge in specific areas such as math and science, as well as our general knowledge, our logic and reasoning, these are all areas we should try to work on improving.

We recommend some of the following activities to do that:

Reading as much as possible. Through reading, we gain new information and we expand our knowledge both general and in specific areas. Reading keeps our brains occupied and develops our logic and vocabulary.

Meditation helps calm the body and brain, which is essential for its rest and recuperation.

Proper diet. Eating regularly and properly is essential for the human health. The body and the brain need healthy nutrients to function properly and develop. Especially the brain needs healthy and nutritious food for developing new brain cells and performing at its full capacity.

Watching informational programs and documentaries on TV. Although they might be boring to a lot of people, these programs can be very beneficial for the overall increase of our intelligence. They increase our knowledge, our logic and they do wonders to our vocabulary. So, whenever you are in a position watch some documentary or the news.

Playing Sudoku. Sudoku is a game that requires the brain to be fully occupied. It does wonders for your brain and it develops your logic.

It is important to keep our energy and mind focused on one task at a time. Dispersed attention on many tasks and goals prevents us from doing a good job and finishing any of them properly.

That is why it is essential to practice your focus and stay determined on a goal until you finish it. Only then start working on achieving another.

Set goals. It is important to set goals you need to accomplish. Setting goals will keep your brain in motion trying to figure out ways to accomplish them.

Drink enough water. Staying hydrated is essential for our overall wellbeing. Especially the brain needs a lot of fluid to function properly.

Resting enough. It is important to stay active, physically and mentally, but you must never exaggerate and exhaust yourself and your brain with way too much tasks and activities. Always find time to rest properly, and allow your brain and body to recuperate.

Exercises are very important to keep our brains and body fit. That is why it is beneficial for increasing the level of our intelligence.