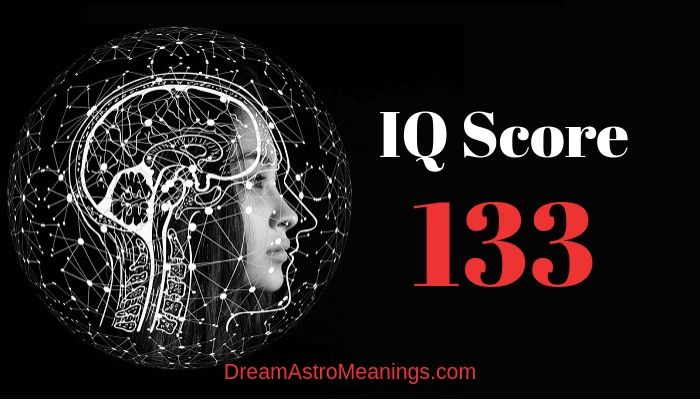 Can we actually measure the level of someone’s intelligence? What is the Intelligence Quotient Score really about and what it tells about a person?

The truth is, IQ tests can give us an insight into some capabilities of an individual, but not into all.

IQ tests can tell a lot about learning and educational abilities, which is used as an evaluation needed to define the predictor of success in life, closely related to one’s ability to learn, get educated and properly trained, so to be employed at specific position.

Most of people use the term ‘genius’ very loosely, but it could actually be more truthful to what genius really means, compared to what IQ tests count as ‘genius’ intelligence.

The problem with IQ results is that they do not tell about all the abilities, skills and, especially, inborn talents.

They maybe on trace of those, but the level of intelligence often does not respond to how an individual was labeled according to his or hers IQ results.

Let us surf briefly through the history of Intelligence quotient testing so to get better picture about what such testing means.

The real history of modern IQ testing starts at the beginning of the twentieth century, in France.

At the time, French authorities decided that all children should attend school and get proper education.

Presuming not all kids have equal learning abilities, they wanted a test that would determine which ones would need assistance in learning.

French psychologists Alfred Binet came up with the test that was not based strictly on educational parameters. Instead, he tested kids’ ability to keep attention, their memory capacity and problem solving speed and skill.

The results soon showed that chronological age is not a determinant factor; some younger kids were more successful than older ones. This was why Binet proposed the mental age concept, instead of physical age.

The test was developed by Binet and his colleague Theodore Simon and thus became known as Binet-Simon IQ test. This one was the first step into developing modern IQ tests.

Binet himself was aware that the test was incomplete, in terms of not being able to measure inborn permanent intelligence. He claimed intelligence could not be determined by a single parameter.

For example, life circumstances and personal background would play a great role in forming of children intelligence, he believed.

Binet suggested testing kids that come from the same social background. Binet also claimed human intelligence must be formed out of numerous parameters, so single criteria would never be enough to determine its levels.

Shortly after, Binet-Simon test was introduced to the United States and soon standardized for American population.

The new American version became know under the name of Stanford University and Binet, since the university applied the standardization process.

The test has been officially acknowledged in 1916. The scores of the test results were expressed by a single number that we all know about as IQ scores.

The First World War breakout lead to some intelligence testing alterations. A large number of new recruits to the army have to be tested, so that each individual recruit could be assigned to an appropriate position. For this purpose, the army developed Alpha and Beta tests.

The difference was in the tests’ appearance; the first was written, the second one in pictures. They were made so that recruits who did not speak or read English or simply did not know how to read could be properly tested.

The problem with Alpha and Beta tests was the application of those out of military practice.

WAIS test or Wechsler Adult Intelligence Scale was probably the first one to include more determining parameters and its revised versions have been in use ever since. The test was developed by the American psychologists David Wechsler in 1955.

Wechsler also created specific tests to measure children intelligence, since he firmly believed these should all be differently interpreted and scored.

Wechsler’s WAIS test takes into account the following: perceptual reasoning scale, processing speed scale and working memory scale. There are some additional parameters to it, as well.

The test is not based upon the mental or chronological age as a whole, but tests individuals within the same age group and scores results according to criteria mentioned.

About the Average Score

The average score on IQ tests is represented as 100 units. Okay, but what does it mean to have IQ 100 or within the average range? What it means to be of average intelligence?

It may sound a bit disappointing, perhaps, while the truth is that an average intelligence score does not reveal a whole lot of one’s individual capabilities.

Although there is perhaps a connection between talents and some types of intelligence, the IQ score simply does not cover it all.

An average IQ score corresponds to having average reasoning and problem-solving capacities and abilities, but the data obtained is simply insufficient in terms of future success predictor concept.

A gifted musician, singer, an artist, someone with amazing mechanical skills could be a person of an average IQ. Does it tell about their success-potential? Not much.

Well, just imagine, you could be an extremely intelligent person, but if you lack emotional intelligence, it could prevent you of applying your genius ideas in reality, sharing them with others etc.

Someone’s personal attitude, which has to do with emotional intelligence, is definitely something to be considered, if we talk about the IQ as the future success predictor.

The point is, the higher IQ-the better chance for success simply does not stand.

High IQ is definitely an advantage in life, but not of much use if other things are against its proper processing and usage. The blessing and a curse, as many would say.

The following paragraph is about IQ ranges and their manifestation in reality. We will go through them, in order to find out what each range represents and, finally, to see where your IQ 130 stands.

The lowest ranges are those of below 20 and from 20 to 34. These stand for ‘profoundly retarded’ and severely retarded’.

Both are considered non-hereditary, but most likely acquired early in life or during pregnancy, as a consequence of baby’s brain damage.

The next range is 35 to 49 and it stands for ‘moderately retarded’. Individuals within the range are capable of learning some simple employment tasks and life skills, but they need supervision.

They have capacity for elf-awareness, but we have to note that this range corresponds with what is to be found in intelligent animals, such as crows or some primates.

The range between 50 and 66 is labeled as ‘mildly retarded’. These people are capable of taking care about themselves and are educable, but supervised environment is strongly advised.

The latter two scores are hereditary and genetic; they have nothing to do with brain damage or so. Range 70 to 79 is ‘borderline retarded’.

They could be employed under supervision but they still have difficulties with simple day-to-day tasks. The range 80 to 89 is ‘below average’. Interestingly, this one is usually associated with violent behavior.

Below average range person could be employed, as long as there are no choices and decisions to be made. Average ranges are 90 to 99 and 100 to 109.

Individuals within the average range are capable of doing tasks that require making decisions; they could study and learn from written source. They could reach senior employment positions.

Above average individuals could successfully finish college studies. They are perfectly capable of extensive studies and getting Bachelor’s and Master’s degrees.

The next one is 130 to 139 and it stands for ‘gifted’. We will talk about this one into more detail below, since IQ 133 is within the range. From this range are required high-range tests.

The highest scores are within the range of 180 to 185 and these are considered ‘exceptionally intelligent’. Statistics tell than one person in thousand of those that are high-range candidates has this exceptional IQ score.

Those are some of the most intelligent people in the world.

Congratulations! So, you have got the score of 133 on the IQ scale and thus placed yourself amongst the ‘gifted’. IQ score of 133 falls under the range of 130 to 139, which is reserved for the ‘gifted’ or very advanced individuals.

This range usually corresponds with a PhD title and individuals within the range are good logicians, they are capable of very studious work, they know how to apply their amazing ideas in reality, they could write extensive research works.

Psychologist associate writing novels with this IQ range, so it implies these individuals are highly imaginative, have excellent verbal skills and are creative.

However, the actual manifestation of your 133 IQ in real life depends on many other factors.

Your inborn talents, attitude towards life and people, emotional intelligence and else would all play a role. What we want to say is that a ‘gifted’ individual does not necessarily have to be successful in life.

Do not get discouraged, but do the best to use the best out of your intelligence capacities.

People within the range of ‘gifted’, including of course those with IQ 133, differ a lot. Some are brilliant with numbers, quick in problem solving, good with algebra even at an early age, extremely verbal and open.

Others may be shy, even slow and appear not as smart as one might expect.

However, their logic could be perfect; their thinking through analytical skills would help them come up with brilliant ideas and perfectly executable solutions.

People within this range are usually successful in what is considered soft sciences, such as psychology, sociology, anthropology etc. They enjoy research and have tendency towards philosophical thinking.