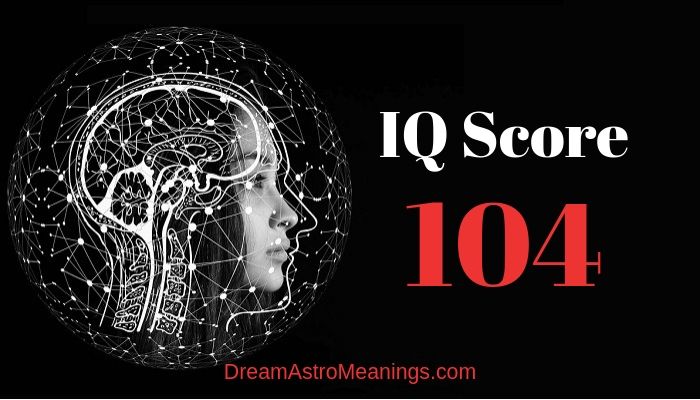 Intelligence and the question of actual potentials of the IQ scores have always been a sensitive subject and a controversial one.

Before we think about the IQ score results, let us think a bit more about the intelligence as it is. There have been many attempts on defining the human intelligence.

In common talk, people usually refer to intelligence as to intellectual capacity related to education and academic learning. However, intelligence is more complex than that.

One of the most appealing ideas or definition of intelligence is that it plays an important role in people’s adaptation to changes. That said, we could even think of intelligence as a surviving mechanism.

It all gets more complex if we think of intelligence as a complex of different types of intelligences that could be taken separately and independently one from another. All of them, however, have something in common.

Human intelligence could be understood as a complex mental ability that manifests as our ability of reasoning, understanding, systematical analyzing, solving tasks and problems and learning.

Abstract thinking, learning from experience, quick learning and else should all be taken into account when talking about human intelligence.

Commonly, people identify being intelligent with being smart, where being smart usually means being academically educated. The truth is that the intelligence should be observed from a wider perspective and many angles.

How many types of intelligence are there? Is the intelligence general and universal to all people? Perhaps the truth is somewhere in between the two. There have to be different aspects of intelligence, at least, but they all have something general in common. All ‘originate’ from general intellectual capability of a human being.

However, aspects of the intelligence could be observed separately. For example, verbal fluency, numerical understanding, memorizing capacity, spatial functioning, visual abilities all are parts of the general intelligence and each could be separately ‘evaluated’.

However, intellect is behind all of them. That said, we could talk about multifold intelligence and even about IQ tests as revealing only a portion of someone’s actual intelligence.

An interesting approach to defining multiple nature of intelligence has been proposed by the American psychologist Howard Gardner. His definition is certainly worth of mentioning.

Gardner claims that human intelligence’s nature is problem-solving and creative. It helps us resolve different kinds of tasks (or actual problems) as well as give us the ability to create products that fit into certain cultural frames.

According to Gardner’s theory, each person presents with certain advantages and disadvantages that play an important role into individual’s intelligence development, as seen as a complex of various aspects.

That said, one possesses all the intelligences, or, more precise, aspects of intelligence, but the question is to what degree is each of them developed.

If we think of the IQ scores in this light, we have to assume that any IQ score does not prove we are intelligent or non-intelligent, but it reveals a part of our intellectual capacities.

These aspects of intelligence are many. Let us see what they are:

All of them have in common our general intellectual capacity.

Each of these aspects is developed and manifested in an individual to a certain degree. These aspects are different and some appear to be talents and skills, rather than something ‘intellectual’ as seen in the common talk where intelligence is identified with the academic.

Nevertheless, all are important. Each could affect the future life success; IQ test results are considered predictors of life success.

What is more important is that no IQ test could definitely decide on one’s future life path or achievements.

Other factors, besides the intelligence per se must be included, regardless of seeing intelligence as a whole and/or as a complex. Emotional intelligence is, for example, claimed to be even more important than a person’s IQ.

Testing of human intelligence as we know it today started in the early twentieth century in France. The first test, Binet-Simon test, was developed for kids and it observed three parameters that of processing speed ability, level of attention and memorizing capacity.

It very soon led to establishment of what we still call the mental age category, in contrast to biological age. WAIS test, developed in the fifties is the test that is still widely in use.

Currently, the fourth edition of the test is active, while the fifth is planned for 2020. This test is particularly useful to Human resources sector in larger companies.

Before we move on to interpreting the IQ score of 104, let us see how the IQ is being measured in the first place and what ranges do the classifications propose. IQ test average score is set around 100, in the most tests, with a standard deviation of 15 points.

When this rule is applied in practice, the statistic results show roughly these numbers. About 68% of the population falls under the category with one standard deviation, 85 to 115.

About 95% is within the range of 70 to 130, with two standard deviation. About 70% of population thus falls under the category of average. The average score, on most scales is from 90 to 109/110. Let us briefly go through other ranges.

According to more or less adjusted Lewis Terman’s scale, all results below 70 are considered below those cognitive impaired. Range between 70 and 79 are ‘borderline deficiency’. Range from 80 to 89 is considered below average or ‘dull’, in Terman’s words.

The score is considered average because it does reveal an average reasoning capacity and average processing speed and average problem-solving skill; average in terms those do not stand out, but are perfectly sufficient for regular life functioning.

Here we will not go into details that inspire controversies, but it is important to mention that the very question of the validity of IQ testing and scores has always been a subject of debates and divided opinions.

Many factor have been proposed to affect the IQ score or its manifestation in reality or else.

Gender, nationality, social background and all other extremely sensitive concepts could affect the perception of the measurements of intelligence.

We talk about scores as they were perceived by common people and discussed in academic circles. IQ score of 104 falls under the category of average score. What does it mean?

Apart from possibly being the same score as many other people around have, this score does not reveal your actual capacities, at least, not all of them. IQ score 104 means you are within the norm, as set by IQ scales creators and users.

Some believe that the IQ scores could be boosted through effort, hard work and other forms of stimulation: others reject this opinion. In any case, IQ score of 104 is considered a ‘good’ score.

Its advantage is definitely exactly what could be sometimes offensively received as ‘average’.

Average is not ‘bad’, but useful. It means that an individual is perfectly capable of finding his or hers place in the world by processing the information from the world around and learning something from it.

People with an average score are perfectly ‘fitting’ for academic education; they could successfully learn and process theory and more. This is not set in stone and there are, of course, cases of people with low average scores that have a PhD or are otherwise successful in the domain of professional and academic.

The very factor of the IQ score cannot be taken as a single determinant.

With an IQ score of 104, you are amongst those who are closer to higher range, which means your processing information ability and your reasoning are good and well developed. Many agree on the idea of the possibility of raising the average score, since it is in it self a good starting point.

It means that through effort (that would not be easy as it is to those of already higher scores) YOU COULD PERFORM HIGHER.

In addition, the average score does not make you an average individual. IQ scores do not show all individual capacities. The multifold approach to intelligence could be useful in understanding this.

It means that you could definitely perform above average in an area fitting to your own best advantages, while in the other areas you would probably remain average.

IQ score 104 is definitely a good ground to achieve something in your life. Of course, your expectations are what matter a lot. Whether expectations themselves are tightly bound with someone’s intelligence, is unclear.

Perhaps the personality traits factor and/or his or hers dominant aspect of intelligence play a major role in deciding your ambitions.

Emotional intelligence is also extremely important factor that many experts claim to be even more deciding than the IQ, in terms of future life success.