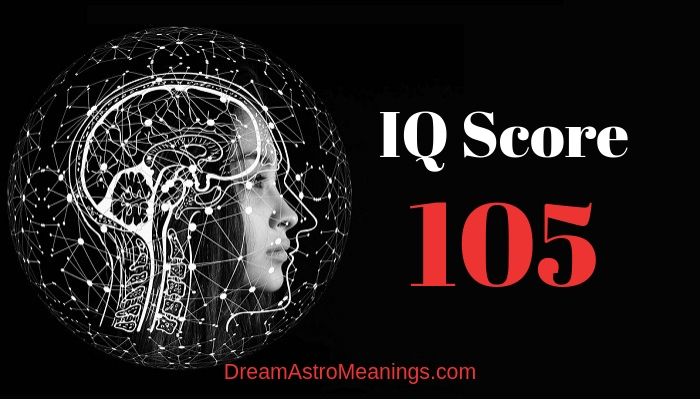 What does an IQ result really mean? Can we decide on whether a person was intelligent only upon his or hers IQ test results? These questions have always been troublesome.

However, intelligence is definitely not only about one’s capacity to learn in academic sense of the term.

Learning includes much more than that and, of course, human intellect is our most important mean of learning. Learning from theory and learning from experience both come after our intelligence, although they are not the same.

This is one of the reasons to explain why it is so difficult to define intelligence per se.

One of the most plausible definitions is perhaps the proposal that says how intelligence represents the way of adaptation, the major adaptation skill of a human being. As Stephen Hawking claimed, intelligence could be seen as our ability to adapt to changes.

Our intelligence has not the purpose of making us ‘smart’ in the eyes of others, but it should serve us to learn from our own experience and thus improve and take the best out of life.

While these ideas seem appealing and logical, the manifestation of intelligence in reality is a bit more complex. Someone who is more intelligent would probably process all information, both theoretical and experienced, with more ease, compared to someone of lesser intelligence. These are loose ideas, however. There are cases that prove that many other factors play a role.

A brilliant person could be lazy enough not to work on their capacities, while a person of, say, average intelligence, could be persistent, determined and ready to invest real effort into achieving something, into earning itself.

He or she would perhaps need more time and would have more difficulties in processing the material, but they could be equally successful, if not even more, than a passive brilliant one.

These are all lose ideas, as it is very difficult to see intelligence from only one angle. Human intelligence is, indeed, associated with one’s mental capacity that provides us with the ability to perceive, associate, interpret, understand, practically apply and use the knowledge we have gained one way or another.

True, a more intelligent person is less likely to make the same mistake again, but it is not excluded.

The Complex of Human Intelligence

According to this idea, there are aspects of the intelligence that could be independently observed.

These aspects cannot actually exist without one another, but we could analyze and evaluate them independently. They all have their meeting point and background in human intellect. However, theirs nature is not the same in their manifestation.

Let us see into this idea. According to a multifold approach to human intelligence, there are many types of intelligence. The base of this theory is that each person presents with certain advantages and disadvantages in terms of these aspects.

The thing is, we all possess all the aspects, but the question is which ones are better developed, which are dominant and which are not. These intelligences help us process and resolve tasks and create things that fit into cultural frames.

Each of the types has its own characteristic, each represent a constitutive element of our general intelligence.

As it is obvious, not everyone would have these developed to the same degree.

This opens up the question of life success, which is what IQ tests are meant to predict. Well, getting this or that score on a common IQ test will not show what talents and skills you might have as a part of your intellectual capacity, as seen in the test.

For example, one might be gifted in the type of intelligence labeled here as musical, while at the same time, the same person would perhaps not be extremely verbal.

Of course, these intelligences are intertwined and difficult to approach to completely isolated, but it is possible. We could say a person was a talented singer, but he or she might not do well with numbers or could be clumsy or else.

On the other hand, the same person is unlikely to be also a brilliant composer, considering he or she is not very good with mathematics.

IQ tests offer a result expressed in a form of a single number. This number is set within one of the ranges offered by IQ classification scales. It does not tell much about one’s full capacities, but simplifies the view.

However, we could agree that IQ score does reveal something and perhaps offers info about one’s general intellectual capacity, although mostly in terms of general learning – processing speed and general reasoning.

Intelligence testing has been in practice for more than a century now and different tests were proposed and used. Currently, the most widespread test is WAIS or Wechsler Adult Intelligence Scale, in its fourth edition, originally created in the fifties of the last century.

Ranges on classification scales are more or less the same, although there have been different versions of the scales; some of the contemporary are more detailed. Now, scores are labeled this way.

Additional tests are required to test the intelligence capacities of those that are far above the average scores. On old Terman’s scale, scores above 140 are labeled as ‘genius’ scores.

An average score is considered the entrance to learning in the college format.

The same statistics show that an average score of college graduates is 10 points higher than this.

These results must be taken with a reserve. An average score of 105 means a person is capable of making independent decisions, capable of theoretical learning, of average reasoning and average information processing speed.

Once again, we have to add that this score does not reveal all the individual’s capacities. Thus, one might present with above average skills in one field and remain average or even low in other areas.

If we speak in educational terms, a person of average intelligence might have harder time achieving high college grades, but it is not a norm and it definitely does not mean that a person should abandon the idea of studying.

He or she would perhaps need to study harder and would not be capable of more in depth study.

On the other hand, some experts claim that exactly through work and dedication, one might improve their intelligence score.

Others believe it is what you get. What is extremely important to note is that the scores are a very sensitive topic and susceptible to all sorts of mistreatment.

An average score does not make one an average individual; your desires, aims, traits all play an important role. With a score of 105, one has a good ground to work on their goals.

The average score provides one with average reasoning that is needed for adapting to life changes, for example.

It makes everything else more easily. When they get their IQ score, especially if it was within the average or lower range, they rush to surf the internet, asking if theirs was a good score.

You probably stumbled upon the question whether IQ 105 is considered ‘good’. Well, of course it was good; it is more of a type if intelligence than a sharp, strict label. There are no good and bad intelligences, but different ones.

IQ 105 is a ‘normal’ score that places one within the most of population of the average score. The advantage of an average score it is its average nature; it means one is capable of getting along with most of people, with understanding and perceiving the world as most people do.

People tend to see these as offensive and the very term ‘average’ is many times used in a negative connotation.

IQ differences in terms of occupation, offered by Alan S. Kaufman, find IQ 105 in between professions such as those of managers, sales and clericals and those of technical and professional.

Of course, none of the labels should be limiting; they are rather descriptive. The age of taking up an IQ test could also be an important factor.

Studies show that a part of our intelligence is, indeed, genetic and inborn, while the other part is affected by outer factors.