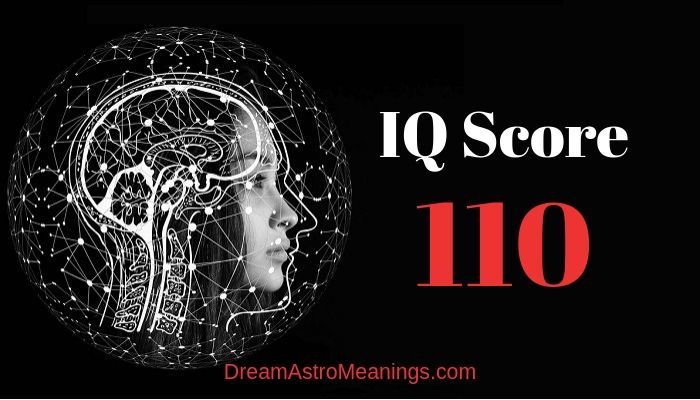 The question of human intelligence has long been a subject of countless debates and, even now, when we are living in the age of many new discoveries about human brain and constitution of our world, academicals, scientists from different fields related to intelligence cannot offer us unanimous answer. Some futurists propose a rather strange, though inspiring and intriguing idea.

Perhaps we have still not reached the level of conscience that would allow us to fathom the essence of our own intelligence. We have long been wondering about whether there was intelligent life on some other planets, in other universes or somewhere so far away in space that we cannot imagine ever to reach such realm. So far, we found none.

However, it might be that entities of much higher or much different intelligence than ours exist in other levels of existence.

It is definitely attractive, even romantic theory, but it could be taken into real consideration. At the end of the day, why not? We imagine things the way our own capacities of imagination and perception allow us.

One day it may widen and new windows of perception could reveal some different worlds to us. However, let us not be too hasty. We are still here and have no idea on why and how we got there, as well as what our own brains are capable of.

This returns us back to the idea and theories of human intelligence. While there is no sufficient information definitely to agree on what human intelligence is, some definitions can be drawn from what we do know about it.

Human intelligence is often simply referred to as mental ability to comprehend and understand the world around us. Most basically, it is a combination of perceptual reasoning, memorizing ability, comprehension and judgment. Most IQ tests are based on several parameters that are believed to constitute intelligence.

Verbal comprehension is one of the most important, logic and perception, as well. Memory and task processing speed are also common parameters to decide on someone’s level of intelligence, according to the tests.

However, there are other aspects that could and should be taken into consideration, which are usually labeled as skills, talents or something else.

One of the simplest, yet plausible and pretty explanatory definition is that intelligence actually represents our ability to adapt to changes. It is most certainly true; we use our intellect so that we could adjust to the environment.

Our logic, our problem-solving skills, our reasoning and perception help us understand the world and ourselves. We learn from our surroundings and we consciously adapt ourselves to it.

The Purpose of Human Intelligence

On the other hand, we could also adapt the surroundings. While we definitely adapt ourselves to changes we experience, being self-aware and conscious of our own limitations, we are also capable of creating things. We are capable of adjusting the conditions to our own needs and our intellect decides on how we would do that.

Our mind is much more, many would argue. Strict ratio is of great use, but not alone. In previous ages and periods of different thinking movements, the idea of imaginative and creative minds has been explored and considered as another greatly important factor in our understanding of the world.

Rational thinking, but also imaginative thinking both make human intelligence. Our intelligence could be understood as the ability to learn from mistakes, as well.

Not all this is enough to constitute a complete definition of intelligence, though it helps us to understand it better. IQ tests alone have also been controversial and debatable since ever.

They do not take into account all elements that could in real constitute intelligence, but stick to several parameters.

Although such tests do tell about certain abilities and could, perhaps, tell about someone’s perspectives in terms of education, they do not determine if a person is going to be successful or not.

People would mostly love to know if their IQ is sufficient for this or that and they ask if it was ‘good’. Well, there is not exactly thing as an IQ being good or bad, it is that each person possesses kind of different intelligence.

Of course, cases of extremely low IQ do tell that someone was intellectually impaired, but it is another story and it usually has to do with actual disabilities and medicinal problems.

Human intelligence definitely represents our ability to learn, realize what is fitting and what is not, to invent and create things that would make our lives better. In short, it means consciously to experience the world.

However, there must be much more to it. We have mentioned that intelligences can be different. This brings us to another interesting theory of human intelligence, the one that challenges IQ tests reliability.

In other words, we have predisposition for the same things, as all being the same in core, but it depends on many factors which one would be our brilliant sides and which would not be.

We have advantages and disadvantages, presented in these types of intelligence. Here they are.

Now, each of these would be differently distributed. Each could be observed separately from others, but they all have the same thing in common, which is general intelligence. This approach challenges IQ tests because it allows more space for what is usually labeled as a talent to be considered as a constitutive art of overall intelligence.

Many argue this approach is too vague and flexible. However, it definitely opens up new questions and perspectives.

In other words, this approach perfectly ‘allows’ an individual to be a brilliant sportsperson or an exquisite singer or a painter, but an average logician or spokesperson, without being labeled as a person of average or even low intelligence.

Another can be genius scientists, but not particularly agile or artistic. It depends on the combination and distribution of these intelligences. The point is, several parameters are not enough to judge upon one’s actual capacities of intelligence.

On the other hand, a part of intelligence is considered to be inherited. Studies and statistics have proven it is so. People who grew up separated from biological parents usually present with the same level of intelligence.

Needles to say, it is likely they would present with at least some similar tendencies, even if they have never been in touch with their biological parents. The other portion of the intelligence could be acquired.

More likely, it is our inborn intelligence that is under influence of different factors. Socio-cultural background, living conditioned, personality profile, emotional intelligence and so many more would affect our given intelligence and, if not change it, they would mold it.

Human intelligence should not be taken as a category set in stone, if we think about real life functioning. It does not stand alone, if we deprive it of all alternative ‘intelligences’ and take it simply as our intellect.

Since we are going to discuss a specific IQ score, we have to talk about IQ tests and classifications in particularly. First IQ tests have been created more than a century ago.

The French psychologist Alfred Binet for the purpose of the educational system, related to children education, created the very first one. This test was simple and based only on three parameters.

The author himself claimed it is insufficient to evaluate human intelligence as a whole. The test however proposed a new category, that of mental age, in place of physiological age. The major breakthrough was Wechsler Intelligence Scale or WIS family of tests.

The fourth edition of WAIS (Wechsler Adult Intelligence Scale) is still most widely practiced one.

There are other variations and other specific tests from the same family. Let us see how WAIS-IV classifies the ranges.  Common IQ test have been using 100 points as an average score, with a standard deviation of 15 points.

Some scales consider 13 and up ‘gifted’ and some other level of 140 a ‘genius’ level.

There are variations and different interpretations, but classifications mostly agree on the average range. However, we have to see what average means, in order to understand other scores.

Average intelligence means that an individual has similar level of intelligence as majority of population. It makes one not particularly standing out and yet perfectly capable to achieve pleasing results in terms of education and career.

In other words, an average IQ is a predisposition for perfectly satisfying, though not exceptional life. Personal success is a category that cannot be well defined. It is not always about career success, being extremely rich or famous.

There are numerous accounts that prove high intelligence does not necessarily mean extreme success. It will depend on numerous factors, some of which we have already mentioned.

This high IQ score places one just above the most common average range, on the most scales. It is considered ‘high average’, though still average or ‘normal’, if you wish. We deliberately choose this unfortunate term, since people often ask if their IQ is normal, good or not.

IQ 110 is both; it means you are a bright individual, you probably have interest into learning and widening your knowledge about the world, but you do not stand out in extraordinary terms.

It does not mean you could not stand out; there are probably some skills and talents you are brilliant at, which an IQ test does not evaluate. Having this high IQ makes you a ‘thinker’, to call it so.

It means you wonder about some more profound questions regarding your life. You are capable of theoretical learning and thinking through different ideas.

You are also capable of more than average reasoning, so you can drive some original conclusions. IQ 110 does not mean you are genius, but it does mean you are a cleaver person.

However, that does not speak much about you as a person and about your actual potentials as a whole.

For example, an 110 scorer could have been a person who read classical pieces of literature at young age, someone who could write profound and original essays, while, at the same time, he or she might lack interpersonal skills, so it would be harder for them to get something out of it.

This was not meant to discourage you, but only to be an illustration. You may be an above intelligent individual, but other factors and elements that constitute you as a person would play a role.

Your attitude towards life (it is not excluded that it is affected by intelligence) and emotional intelligence would be very influential parameters.